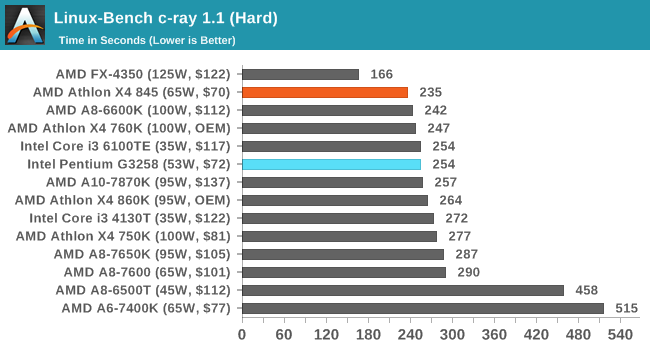 When we push up to full speed, the X4 845 comes alive and beats all the other Athlon CPUs (which wasn't the case at 3 GHz). It also pushes above the Pentium. 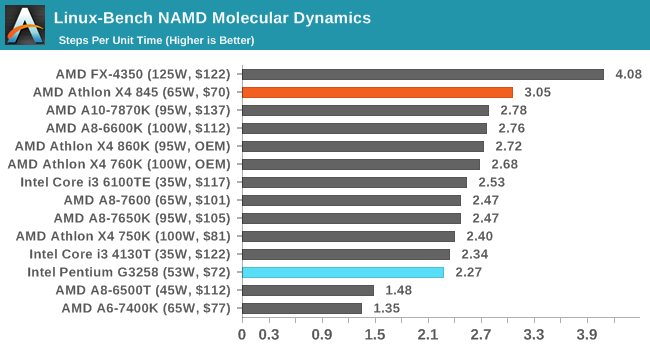 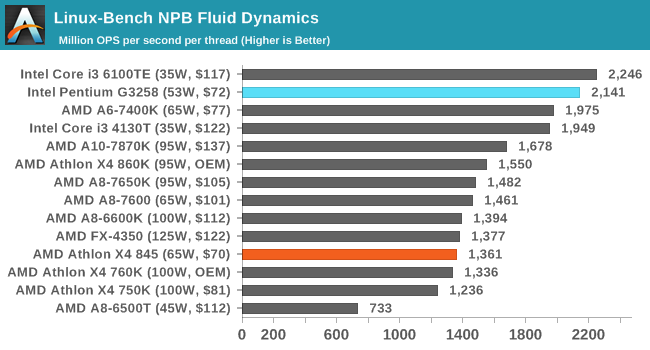 NPB seems more amenable with Intel CPUs in this case. I feel the cache arrangement in the X4 845 is the let down here again.

Many of the online applications rely on key-value caches and data structure servers to operate. Redis is an open-source, scalable web technology with a strong developer base, but also relies heavily on memory bandwidth as well as CPU performance. 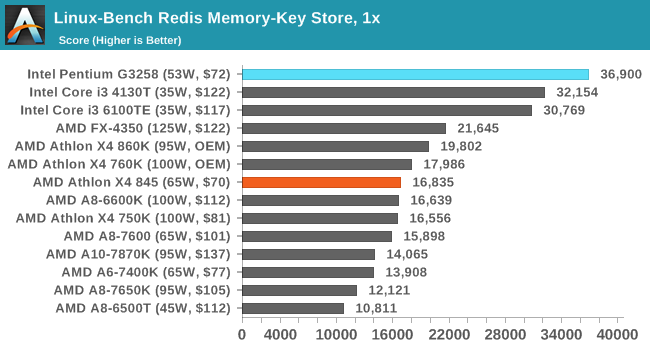 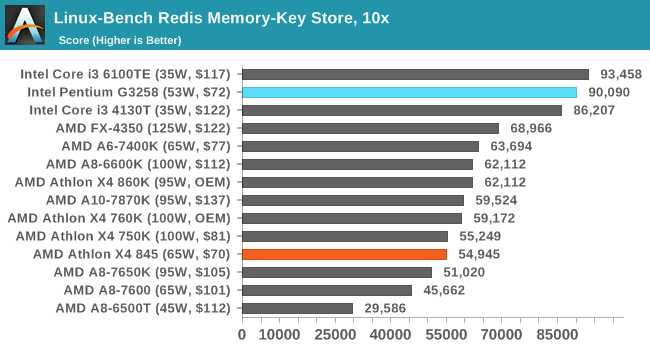 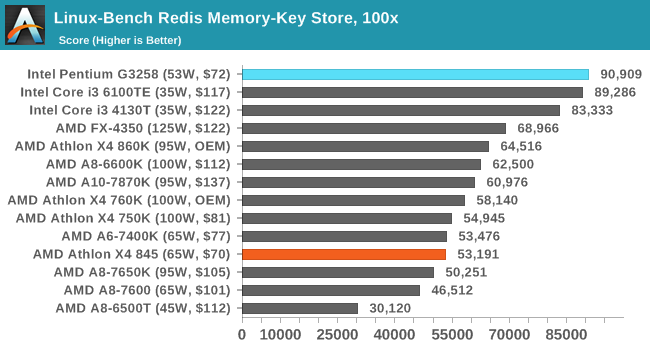