First off, we have some video encoding benchmarks courtesy of x264 HD Benchmark v5.0. This is simply a test of CPU performance. As expected from the Futuremark results, the unlocked TDP of the AMD A10 Micro-6700T works wonders, and, thanks to being a quad-core solution, emerges as the best of the lot if the Intel Core-series based NUCs are not considered. 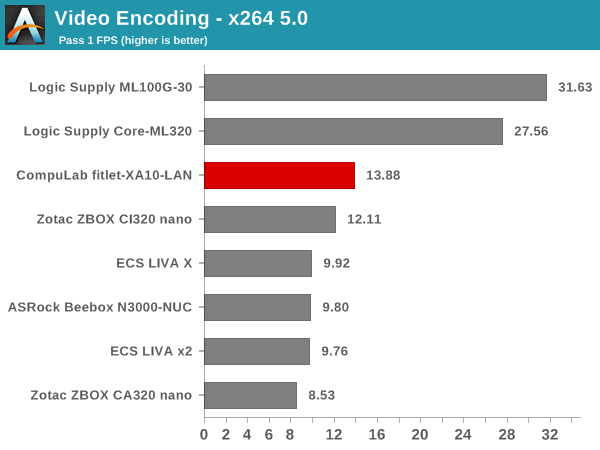 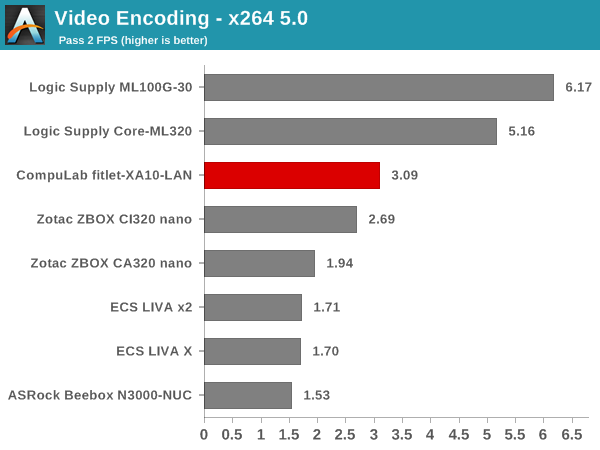 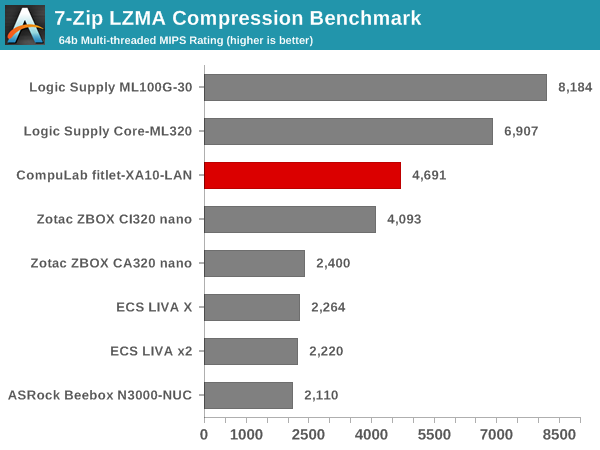 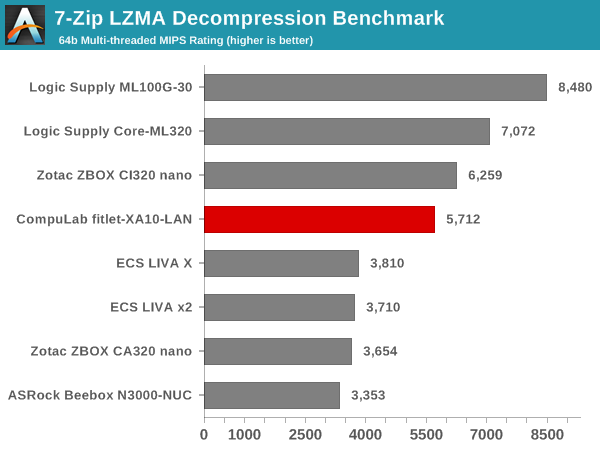 As businesses (and even home consumers) become more security conscious, the importance of encryption can't be overstated. The AMD A10 Micro-6700T does have acceleration for AES. TrueCrypt, a popular open-source disk encryption program can take advantage of the available cryptography acceleration. In the graph below, we can get an idea of how fast a TrueCrypt volume would behave in the CompuLab fitlet-XA10-LAN and how it would compare with other select PCs. This is a purely CPU feature / clock speed based test. 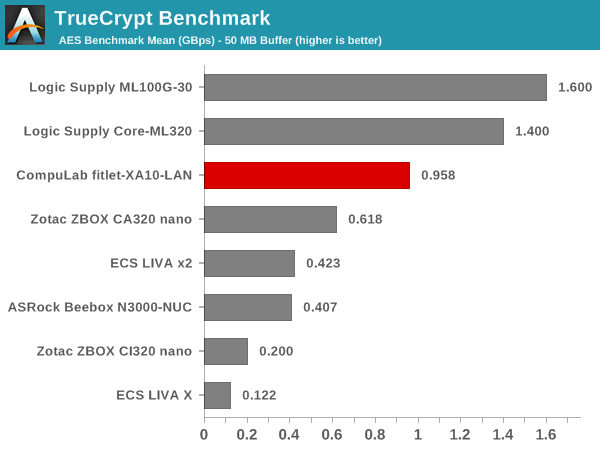 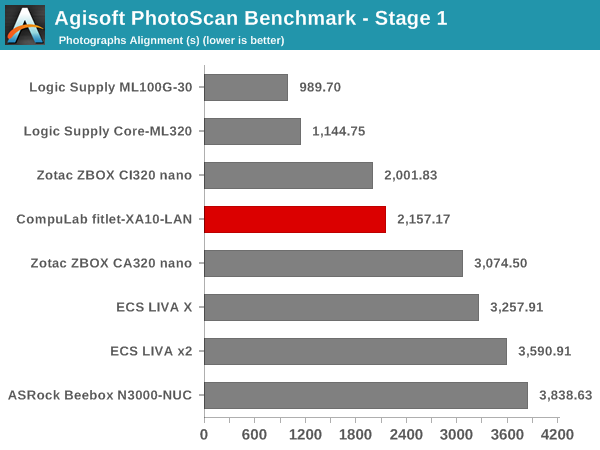 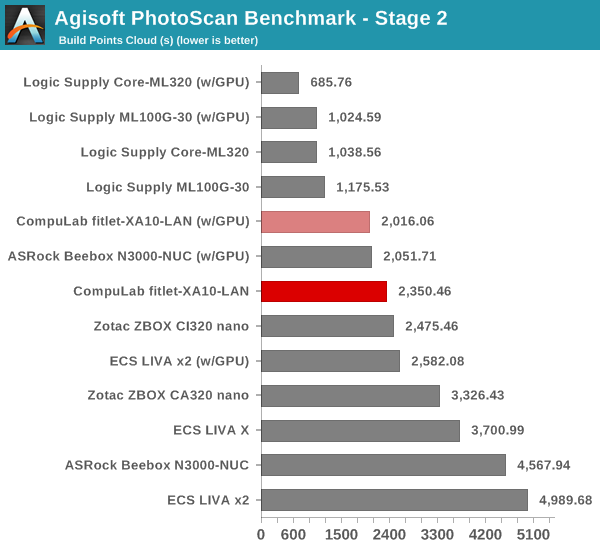 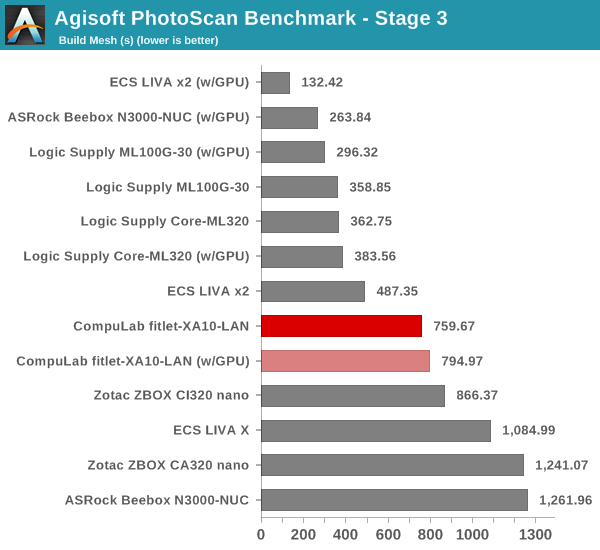 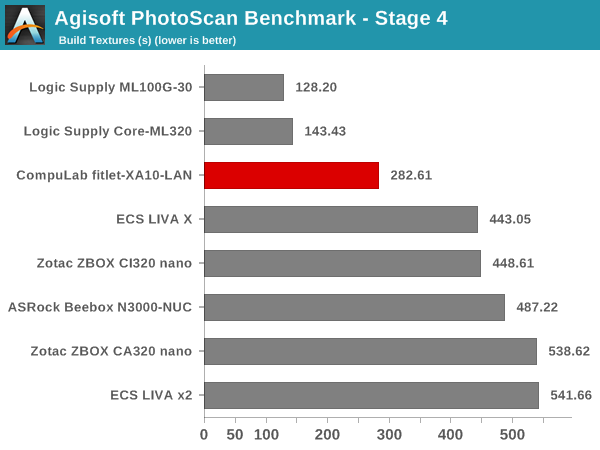 Wrapping up our application benchmark numbers is the Dolphin Emulator benchmark mode results. This is again a test of the CPU capabilities. It is one of the very few benchmarks where the fitlet-XA10-LAN doesn't come in the top half of the benchmarked systems. That said, it appears that the Dolphin emulator is particularly severe on AMD systems, given that the Zotac ZBOX CA320 nano (based on the AMD A6-1450) came in quite a bit behind the others. 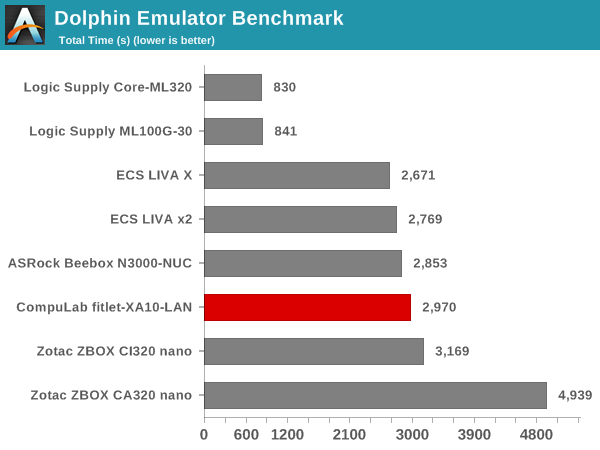