In our past Lumia reviews, we have gone over a lot of the new features brought to the table by the Lumia line. It makes little sense to rehash the same thing again, so I will just make mention of those before looking at a few new things. Refer back to the Lumia 630 and Lumia 930 reviews for a more in-depth look at the base software.

First, like the other new Lumias launched this year, the 830 also supports “SensorCore” to track movement data. The device hub is also available, as are the HERE navigation maps. Since Microsoft took over Nokia, the “Lumia Collection” in the Windows Phone store has shrunk quite a bit – but that is not a bad thing. There are still apps that are available just for Lumia phones but the majority of the apps have been pushed out to all Windows Phones now. Still, there are unique aspects to the software for the Lumia 830. 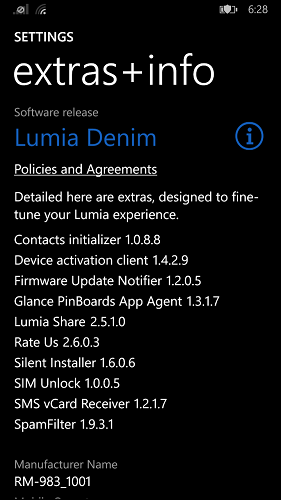 The 830 is the first device to ship with the “Lumia Denim” firmware update. Unlike previous releases though, Denim does not bring any major new features yet – although some new features are supposed to be coming soon which are enabled by Denim. Cortana should be able to be launched by voice for instance, and an updated Lumia Camera app is going to speed up photos as well as add missing features such as HDR. But for this review anyway, this is not here yet.

One thing that has been improved in the last month or two though is the Glance screen, and as this is the only Lumia device launched this year with Glance, we can finally discuss it. 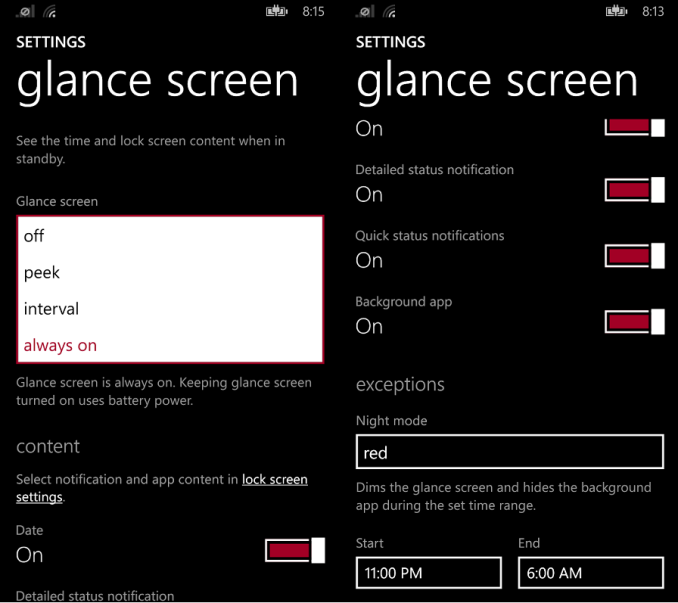 In case you are unfamiliar with the Glance screen, it allows information to be displayed on the screen when the device is “off” or sleeping. While this started out as just a basic clock and notifications icons and numbers, it has expanded to include detailed notifications from an app you choose (mine is set to calendar so I can see my next appointment) and the latest update allows display on Glance from certain applications. Right now, those are limited to Health and Weather, so for instance you can take a look at the current temperature and forecast without even turning your phone on. 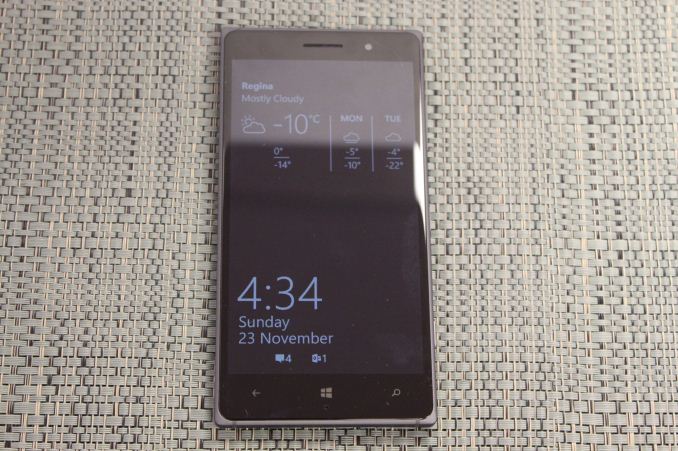 Glance is one of my favorite features and it has made me reluctant to recommend Lumia phones that were recently launched without it.

In order to enable Glance, the display must support panel self refresh, which was what held back the Lumia 930 from having Glance. That is not the case with the 830 though as it is supported and works well. Lumia phones with OLED displays are better for Glance, as the amount of power required for the display is pretty low when just a bit of white text is being displayed on a black background. For the LCD models (like the 830) the Glance screen runs the backlight at its lowest setting which keeps the power draw down but also makes the Glance text a bit more faint than the OLED version.

One of the Windows Phone requirements is that the basic user interface cannot be modified by OEMs, and all OEM and carrier apps must be able to be removed from the device, but Nokia paved the way to show that even with that in mind, there can be a lot of value added to the platform with software. Though there is not a lot of software changes to speak of on this particular device, that is only because all of the Lumia phones have a lot of the same features. Microsoft will hopefully continue this trend going forward.