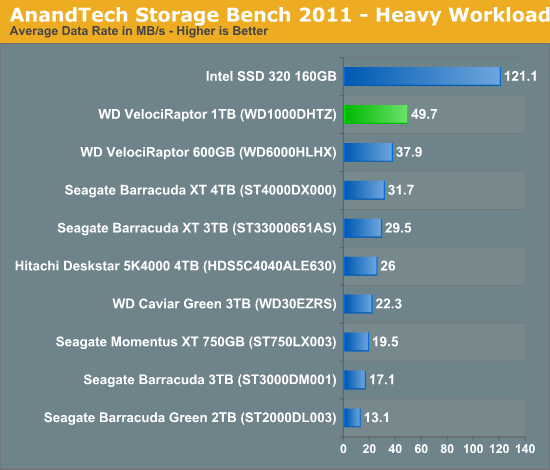 The old VelociRaptor remained the fastest mechanical drive we'd tested using our heavy workload, and the new one pushed the bar up by another 31%. It's the SSD comparison that makes the VR a tough choice for a primary drive, but if you need a really fast hard drive to augment your SSD the VelociRaptor is quick. Note that the Momentus XT lacks write caching at this point, which hurts its chances in our write intensive heavy workload. 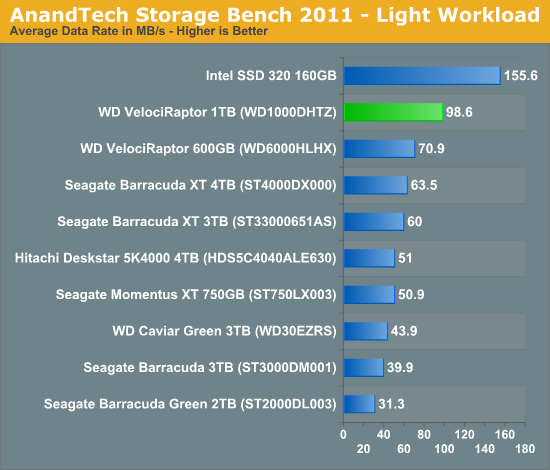 Once again we see a significant step forward compared to the old VelociRaptor, and any other hard drive for that matter. The new VR distances itself from its predecessor by 39% and from the fastest 7200RPM 3.5" drive we've tested by 55%. It's the almighty SSD that the VelociRaptor can't beat.