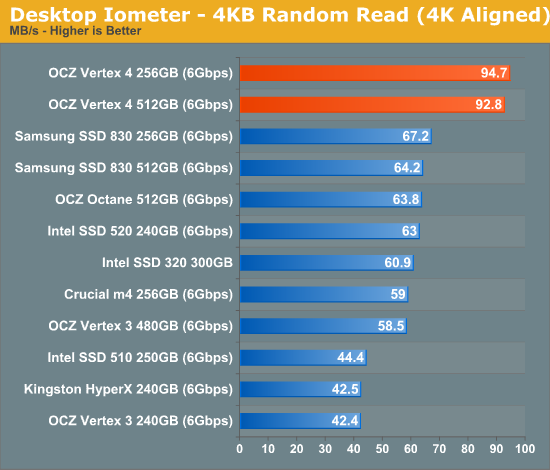 Random read performance is staggering - a good 40% higher than anything else we've tested. While the cutoff for usefulness on a client drive is likely much lower than what even the Octane could deliver, this sort of performance bodes very well for OCZ's enterprise ambitions. 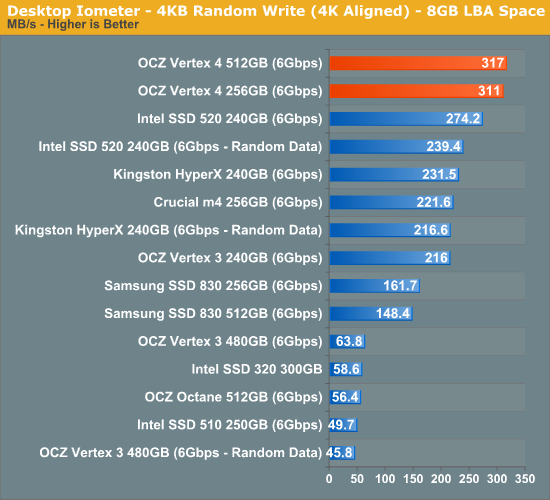 Randomly write performance is also just excellent. SandForce's peak numbers come close, but throw in any sort of incompressible data and they quickly take a step back while the Vertex 4 is able to deliver. Again, I'm actually more interested in these numbers from an enterprise workload standpoint but heavy client users will definitely not be disappointed. 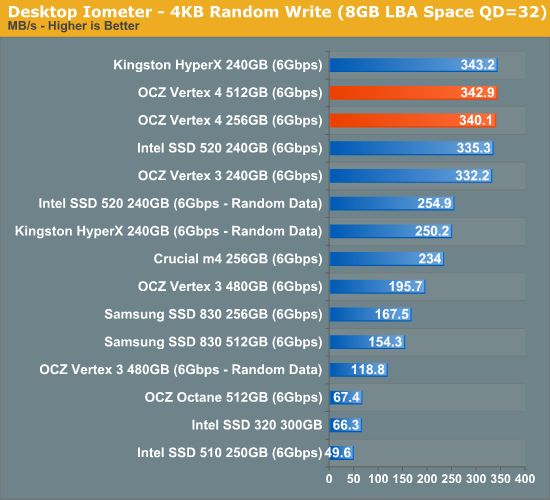 SandForce always scaled well at higher queue depths, but again we're looking at best case performance for the SF-2281. Move towards incompressible data and the Vertex 4 is alone at the top.