It's Back: The Backlit Keyboard

You knew as soon as people started complaining about it last year that Apple would have to return to a fiber optic backlit keyboard in the next MacBook Air. The 2011 models go back to their 2008 roots and both have a backlit keyboard.

The backlight functions no differently than in the MacBook Pro and is very useful for those of us who do a lot of writing at night. I lived without the backlit keyboard on last year's MacBook Air, but I always missed it. 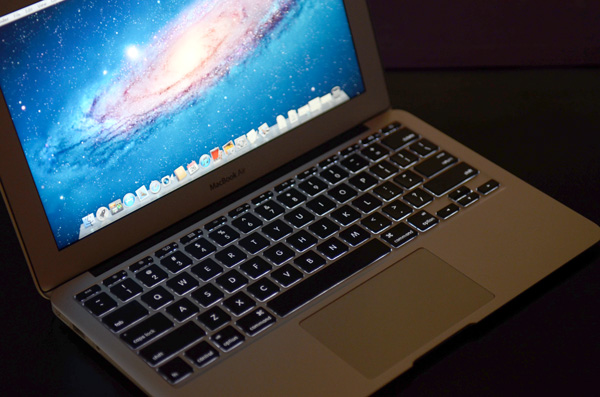 The ambient light sensor is built into the camera assembly in the Air's bezel. Shine a bright light into that area and the keyboard backlight will turn off and the display will brighten. Conversely, cover the camera hole and the backlight will turn on and the screen will dim. You can disable each feature independently if you'd like.

Other than the backlight, the Air keyboard hasn't changed in three years. That's not to say it needs to, it's still one of my favorite keyboards. You get the same size keyboard from the 11-inch MacBook Air all the way up to the 17-inch MacBook Pro. The only difference is in the height of the function keys which are made smaller on the 11 simply due to a lack of space. Nearly every other aspect, key size, travel and feel remain unchanged between Apple's five notebooks. Maintaining consistency throughout a product line is always something Apple has excelled at. 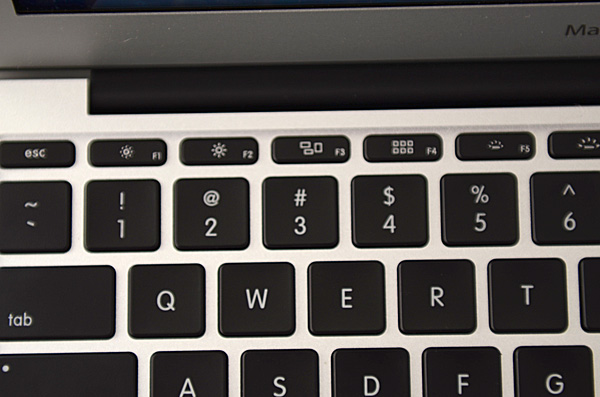 There is one small change to the new MacBook Air keyboards - the function keys. F5 and F6 now control the brightness of the backlight, obviously absent from the previous model. There's no longer an eject button as Apple is really not expecting you to use any optical media with these new notebooks. F3 and F4 now have new functions thanks to Lion. F3 brings up Mission Control and F4 fires up Launchpad, both with sweet new pictures of each on the keys themselves.

Obviously you can map similar functionality to any function key on older Macs but it looks like this is going to be the standard Mac keyboard layout going forward. The trackpad remains unchanged in size or function from the previous MacBook Air.