Apple built the iPad 2 with a similar 9.7-inch 1024 x 768 IPS panel as the original iPad. Side by side the two panels appear to have similar qualities in terms of brightness, black level and contrast ratio. Once we started measuring however we noticed a trend: there appear to be multiple panel vendors in play here. 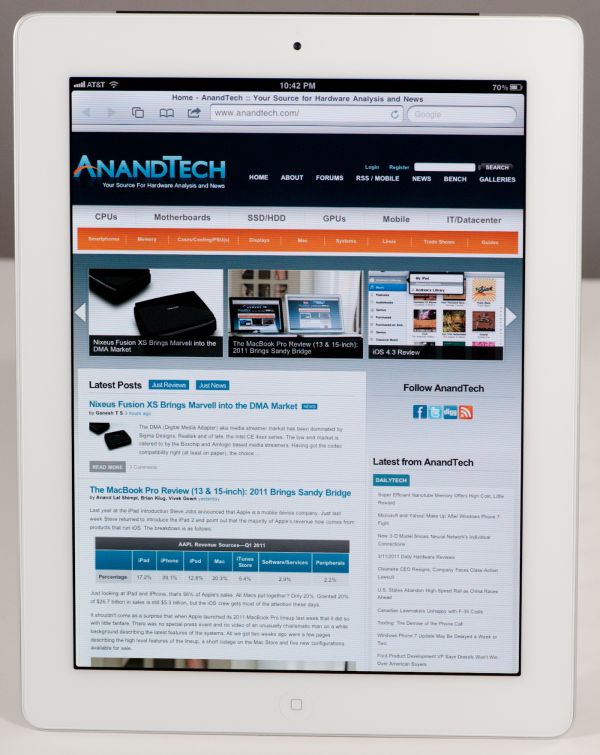 Between Brian, Vivek, Manveer and myself we have four iPad 2s. Brian and I have two 3G models (AT&T and Verizon), while Vivek and Manveer have two WiFi models. All four are white and all four have 16GB of NAND. The results from our baseline display testing are below:

There seem to be two different values for white level: either around 400 nits or 350 nits. Black level is pretty variable between 0.41 nits and 0.49 nits, there doesn't seem to be a correlation between white and black levels in our admittedly limited sample size. For our display graphs we simply averaged all four together: 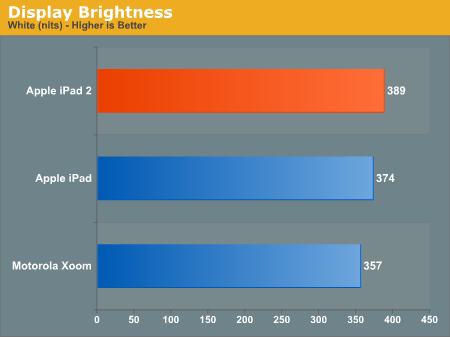 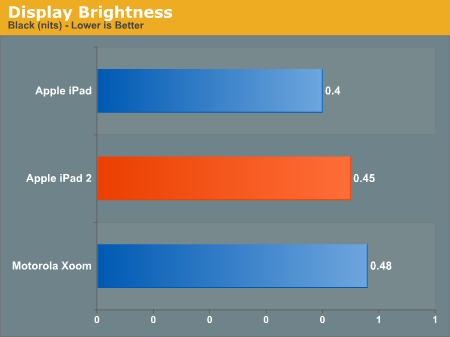 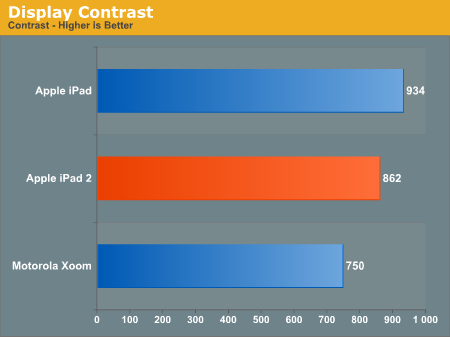