Finally among our benchmark suite we have Wolfenstein, the most recent game to be released using the id Software Tech 4 engine. All things considered it’s not a very graphically intensive game, but at this point it’s the most recent OpenGL title available. It’s more than likely the entire OpenGL landscape will be thrown upside-down once id releases Rage next year. 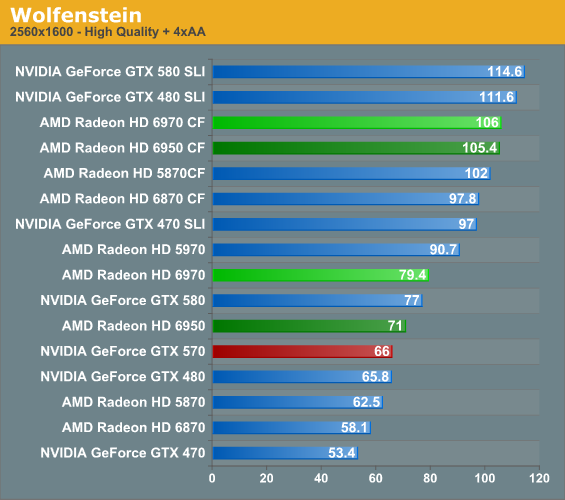 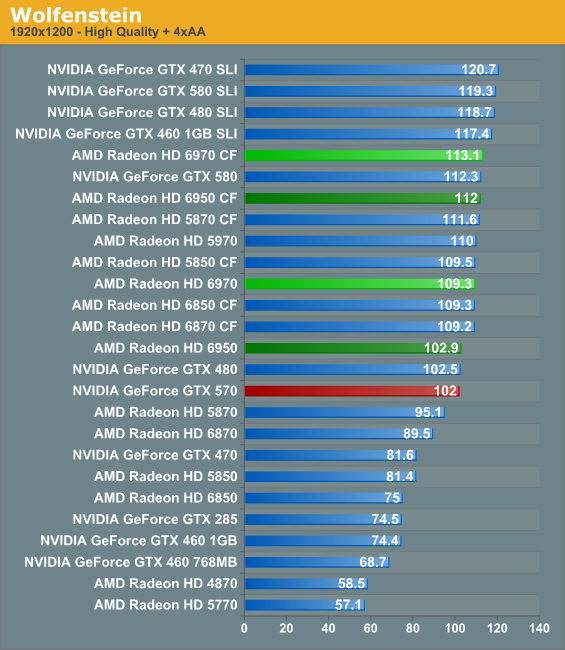 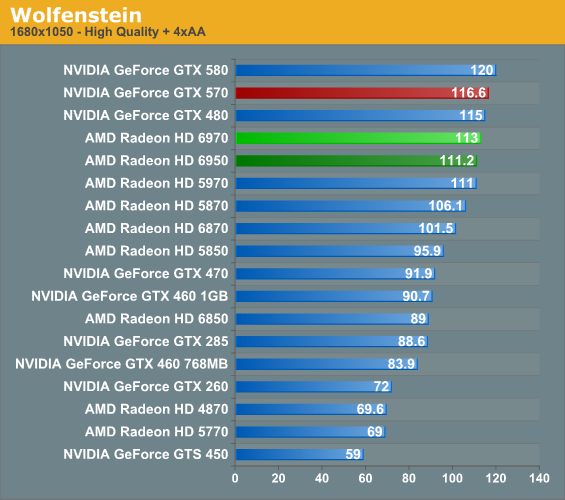 Wolfenstein is a game that normally favors AMD’s GPUs, and even an architectural refresh can’t change this fact. It takes running in to the game’s CPU bottleneck to slow things down for AMD, otherwise even the 6950 is faster than the GTX 570, while the 6970 manages to take down the GTX 580. The million dollar question of course is whether we’ll see a similar outcome for Rage next year.