In our CPU Cooler review in March, the Noctua NH-U12P emerged as one of the best cooling performers we've tested here at AnandTech. However, at a price point of around $90 with two fans, that performance doesn't come cheap. Today we're going to look at a less expensive alternative, the Kingwin RVT-9225.

KWI Technology Inc., known as Kingwin, sells a number of PC components besides CPU coolers, including power supplies, fans, cables, and so forth. Their CPU cooler line has three recent models supporting modern processors; these are all part of the Revolution line, which consists of the RVT-9225, the RVT-12025, and the RVT-12025D. All of these incorporate "H.D.T." as they term it, Heatpipe Direct Touch, which essentially describes what it is: the heatpipes actually run through the CPU block and have a large contact surface to the CPU.

As we'll see, this is effectively marketing hype and does not provide performance gains over other approaches. The RVT-9225 is the smallest of the bunch, with a 92mm x 25mm fan (hence the name), and retails at Newegg for around $30. 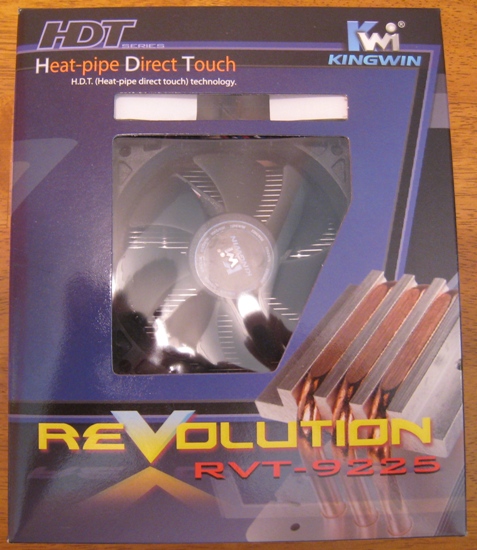 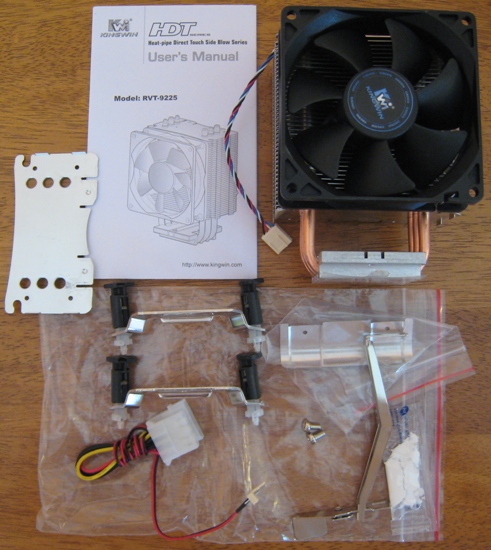