We’ve been hearing about Arm in the server space for many years now, with many people claiming “it’s coming”; “it’ll be great”, only for the hype to fizzle out into relative disappointment once the performance of the chips was put under the microscope. Thankfully, this is not the case for the Graviton2: not only were Amazon and Arm able to deliver on all of their promises, but they've also hit it out of the park in terms of value against the incumbent x86 players.

The Graviton2 is the quintessential reference Neoverse N1 platform as envisioned by Arm, aiming for nothing less than disruption of the datacentre market and making Arm servers a competitive reality. The chip is not only  able to compete in terms of raw throughput thanks to its 64 physical cores in a single socket, but it also manages to showcase competitive single-thread performance, keeping in line with AMD and Intel systems in the market.

The Amazon chip isn’t perfect, we definitely would have wanted to see more L3 cache integrated into the mesh interconnect as the 32MB does seem quite mediocre for handling 64 cores, and the chip does suffer from this aspect in terms of its performance scaling in memory heavy workloads. Only Amazon knows if this is a real-world bottleneck for the chip and the kind of workloads that are typical in the cloud.

Performance wise, there’s a big empty outline of an elephant in the room that's been missing from our data today, and that’s AMD’s new EPYC2 Rome processors. AMD has showed it had been able to vastly scale performance and do away with a lot of the limitations presented by the first generation EPYC processors that we saw today. Even if we can somewhat estimate the performance that Rome would represent against the Graviton2, we don’t have any idea of what kind of pricing Amazon will be launching the new c5a type instances at. 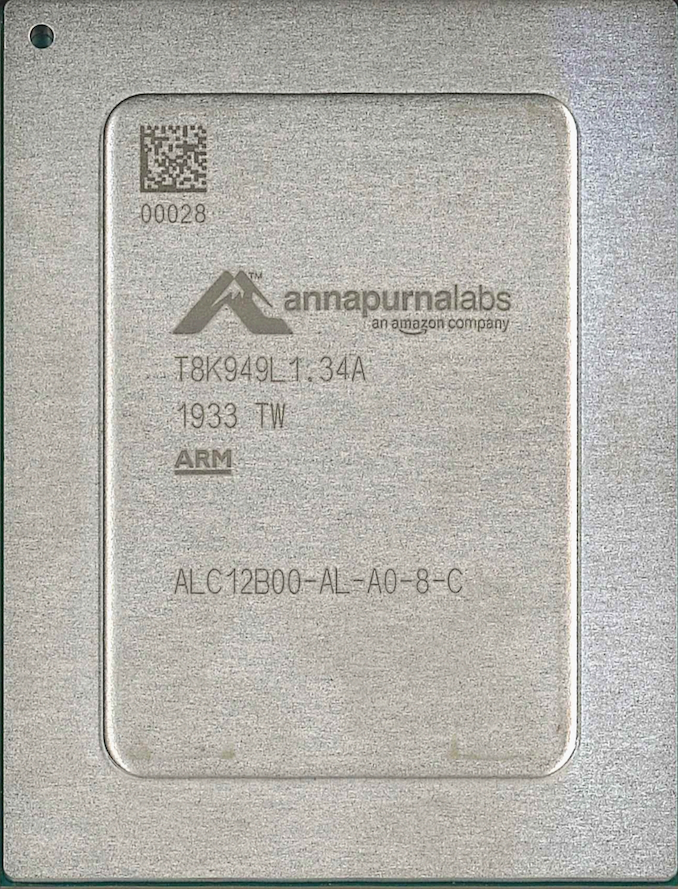 In terms of value, the Graviton2 seemingly ends up with top grades and puts the competition to shame. This aspect not only will be due to the Graviton2’s performance and efficiency, but also due to the fact that suddenly Amazon is now vertically integrated for its EC2 hardware platforms. If you’re an EC2 customer today, and unless you’re tied to x86 for whatever reason, you’d be stupid not to switch over to Graviton2 instances once they become available, as the cost savings will be significant.

What does this mean for non-Amazon users? Well the Arm server has become a reality, and companies such as Ampere and their new Altra server chips are trying to quickly follow up with the same recipe as the Graviton2 and offer similar ready-made meals for the non-Amazons of the world. These chips however will have to compete with AMD’s Rome, and later in the year the new Milan, which won’t be easy. Meanwhile Intel doesn’t seem to be a likely competitor in the short term while they’re attempting to resolve their issues.

Long-term, things are looking bright for the Arm ecosystem. Arm themselves are aiming to maintain a yearly 20-25% compound annual growth rate for performance, and Ampere already stated they’re looking for yearly hardware refreshes. We don’t know Amazon’s plans, but I imagine it’ll be similar, if not skipping some generations. Around the 2022 timeframe we should see Matterhorn-based products, Arm’s new Very Large™ CPU microarchitecture which should again accelerate things dramatically. In a similar sense, the newly founded Nuvia has lofty goals for their entrance into the datacentre market, and they do have the design talent with a track record to possibly deliver, in a few years’ time.

The Graviton2 is a great product, and we’re looking forward to see more such successful designs from the Arm ecosystem.