Even though Microsoft ended regular support for Windows 7 last month, there are millions of customers who continue to use the OS and plan to stick with it for a while to come. But even without essential security updates, trying to use Windows 7 in 2020 comes with an even bigger roadblock: most modern platforms aren't supported by the OS, which limits upgrades and replacement hardware to badly outdated parts. So, in an effort to continue supporting customers who want to use Windows 7 no matter what,  BIOSTAR has found a way to install  Windows 7 on its B365 chipset-based motherboards, which opens doors to new Windows 7-powered desktops with Intel's latest-generation CPUs.

Released in 2009, Microsoft Windows 7 does not support a host of technologies supported by the latest platforms, which is why Microsoft cut off new hardware support for Windows 7 starting with AMD’s Ryzen and Intel’s Kaby Lake (7th gen Core) platforms. Reciprocally, neither AMD nor Intel officially support Microsoft’s legacy operating systems with drivers for their latest platforms. As a result, while it's not impossible to install Windows 7 on newer hardware, it's certainly something that is discouraged at multiple levels.

But since it's not impossible, BIOSTAR has gone ahead and put together a special tool to simplify the process for users. The tool automatically adds Intel B365-specific features to a Windows 7 SP1 installation image, allowing the OS to be installed on the platform.

Overall, BIOSTAR's method overcomes the three key blocks that prevent Windows 7 from being installed on a new platform: the lack of UEFI loader, an xHCI driver for USB 3.0, and an NVMe driver. These problems can already by surmounted if you know what you're doing, but this is the first time we've seen a manufacturer so directly attempt to support Windows 7 on newer hardware via an easy-to-use method, and thus far BIOSTAR is the only company doing this. Not that it isn't without some peculiarities (described here), but support is support all the same. 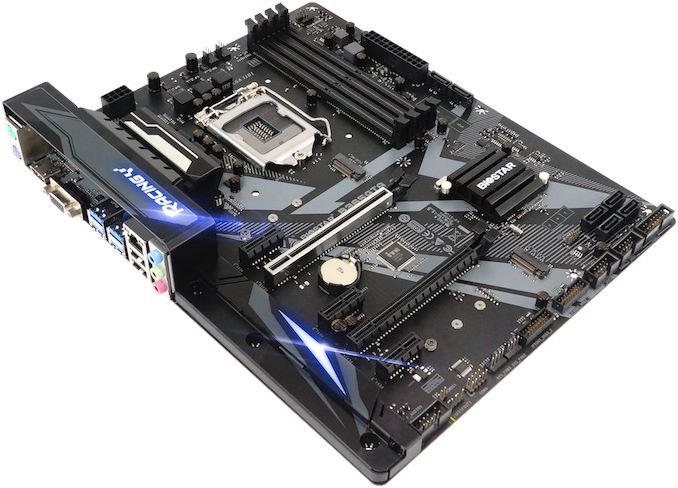 BIOSTAR has two Intel B365-based motherboards that can use Windows 7: the ATX form-factor Racing B365GTA aimed at gamers, as well as the Micro-ATX B365MHC targeted at mainstream users. The former supports virtually all Intel LGA1151 processors, including the cream of the crop eight-core Core i9-9900K, whereas the latter can work with chips up to Intel’s eight-core Core i7-9700K.

Overall, BIOSTAR's decision to base their support around the B365 chipset is a curious one on the surface, but something that makes more sense as you dig into the chipset. While Intel’s B365 PCH is a part of the 300-series chipset family, the chipset is essentially a holdover from Intel's earlier 200 series chipsets, and has much more in common with them. So supporting Windows 7 on B365 is much less of a stretch than on Cannon Point chipsets like B360, as BIOSTAR doesn't have to worry about things like Intel's updated USB 3.1 Gen 2 controller or CNVi wireless support.