Bringing a close to our first video card review of the year, and it’s easy to see how it’s already setting a high-water mark in terms of competitiveness. While AMD’s new Radeon RX 5600 XT doesn’t bring anything new to the table in terms of performance for AMD, the card is primed to crack open the sub-$300 market for mainstream video cards. And in the process, force both AMD and NVIDIA to realign their video card lineups to provide better values.

On the whole, AMD set out to deliver what they thought would be the ultimate 1080p gaming card, and the Radeon RX 5600 XT certainly lives up to that claim. While the categorization is somewhat arbitrary – AMD could have instead pitched it as a weaker-but-cheaper 1440p card – it puts the card in a very positive frame of reference. The RX 5600 XT is fast enough to average more than 60fps at 1080p in all but one of our games, Metro Exodus, and the factory overclocked cards can easily carry it over that threshold if necessary. By using Navi 10 the card is almost a bit too powerful for 1080p gaming by traditional metrics, but there’s certainly no arguing its effectiveness; it’s fast enough to deliver a no-compromises experience even with the craziest settings. 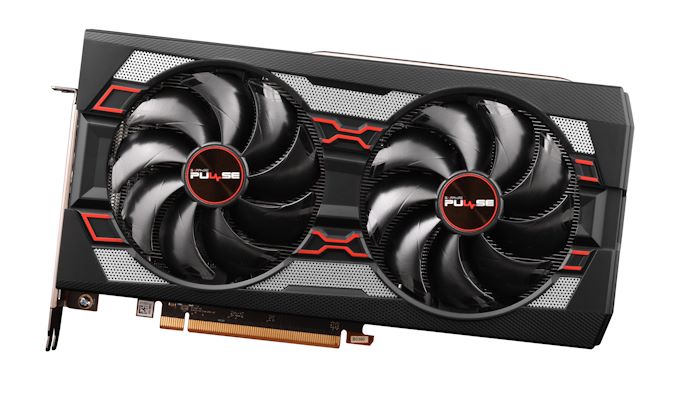 As a result, it’s no surprise to see AMD and NVIDIA engaging in some last-minute jockeying for position. Whatever edge the GeForce GTX 1660 Ti had is gone, and that card has now been entirely boxed in by other NVIDIA cards below, and the RX 5600 XT. So NVIDIA has done the only thing they can do in this situation and have brought down the GeForce RTX 2060 to $299, both to anchor a stronger position in the sub-$300 mainstream market and to fend off AMD’s latest advance. Further throwing chaos into all of this are AMD’s last-minute BIOS changes, which aren’t meaningfully impacting reference-clocked cards, but have significantly altered the trajectory of factory overclocked cards.

By the numbers then, the RX 5600 XT comes out at 11% faster than the GTX 1660 Ti, and 15% faster than the GTX 1660 Super, making for a very convincing win for AMD there. However the card does trail the RTX 2060 by 6%, which although is a smaller gap, it’s also about as much as the price difference between the cards. So stock-to-stock, AMD and NVIDIA have managed to almost perfectly align their products on a price-performance basis. This means that there are no bargains here between the RX 5600 XT and the RTX 2060 (or even the RX 5700), but no one is clearly trailing the pack either.

The one exception to all of the above, however, is the GTX 1660 Super. As I mentioned towards the introduction, for the last few months it’s been a far better value than NVIDIA’s other GTX 1660 cards, so it is a potential spoiler here. It doesn’t deliver the RX 5600 XT’s chart-topping performance, but then it’s also $50 cheaper, giving it the best price-to-performance ratio of any of these cards. Given the overall price gap I don’t expect too many potential buyers to be choosing between these cards – generally gamers are going to buy what they can afford – but the GTX 1660 Super is still good enough that it shouldn’t be dismissed out of hand.

Otherwise, going into this launch I was a bit worried about what the RX 5600 XT would mean for AMD’s existing Radeon RX 5700, and to some degree I still am. But as far as reference cards are concerned, AMD’s pricing prevents their latest card from undermining the RX 5700 when it comes to performance. Power efficiency is definitely in the RX 5600 XT’s favor, however; it’s not a night and day difference, but it’s certainly the most efficient Navi card we’ve seen yet. And, for that matter, it’s the first time where AMD seems to have a real edge on NVIDIA in this area.

Meanwhile, the presence of factory overclocked RX 5600 XT cards and AMD’s decision to further overclock them presents a major wildcard. In keeping with AnandTech editorial policy, I’m not going to write any recommendations based on factory overclocked cards. But it is none the less interesting to note how they seemed to be destined to end up on a tier of their own; the memory overclock in particular giving RX 5600 XT a several percent boost in performance. Factory overclocked cards are of course nothing new, but with our Sapphire card going for $289 – just a $10 premium – the line between factory and reference cards is going to be blurry. And in the meantime, the fact that our Sapphire card was able to break even with the already price-reduced RTX 2060 right out of the box is going to turn a few heads. 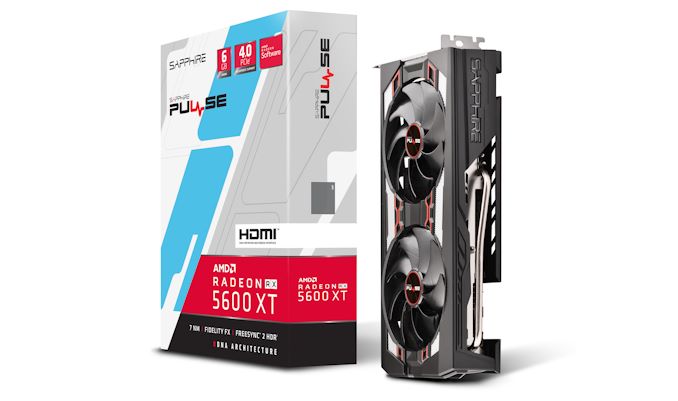 Speaking of factory overclocked cards, Sapphire’s Pulse Radeon RX 5600 XT is certainly sets a high mark for all other RX 5600 XT cards to follow. While the card’s large size certainly warrants a bit of ribbing for Sapphire here, I can’t argue with the results. The acoustics on the card are absolutely fantastic, and even with the updated factory overclock in play, this is still among the quietest mainstream cards we have ever tested. Which, as always, is huge in our book for building a well-balanced video card.

Sapphire’s aggressive factory overclock certainly plays to their favor as well. The out of the box performance for the card is 8% ahead of a reference-clocked RX 5600 XT, thanks in large part to the higher 14Gbps memory clock. And while Sapphire does charge a $10 premium for the card, that’s more than outweighed by the performance gains. The only real knock here, in fact, is that the higher performance (and going farther up the voltage-frequency curve) slightly dulls the reference clocked card’s great power efficiency to merely good levels.

But the coup de grâce for Sapphire, at least, is that this overclock is enough to make the Pulse competitive with reference-clocked GeForce RTX 2060 cards. Which not only helps to keep the overall RX 5600 XT family relevant, but it allows the Pulse to punch a bit above its weight. All of which makes for a very impressive showing for one of the first Radeon RX 5600 XT cards.