Shifting gears, we'll look at the compute and synthetic aspects of the GTX 1660 Ti. 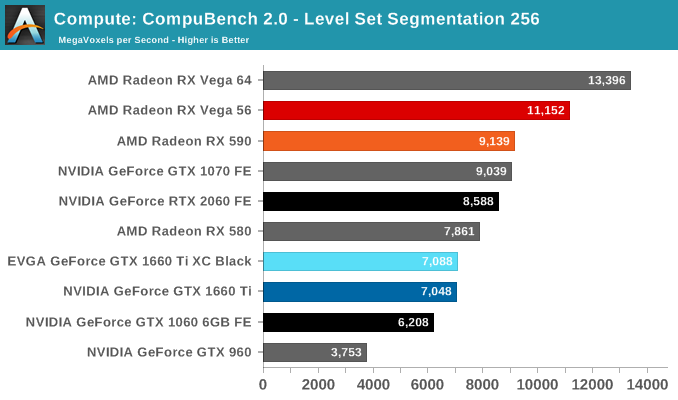 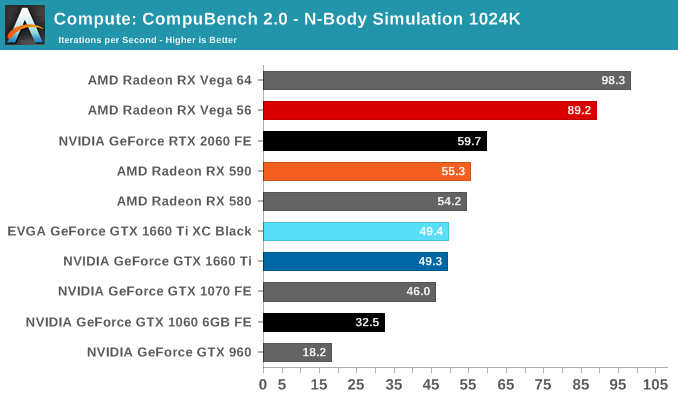 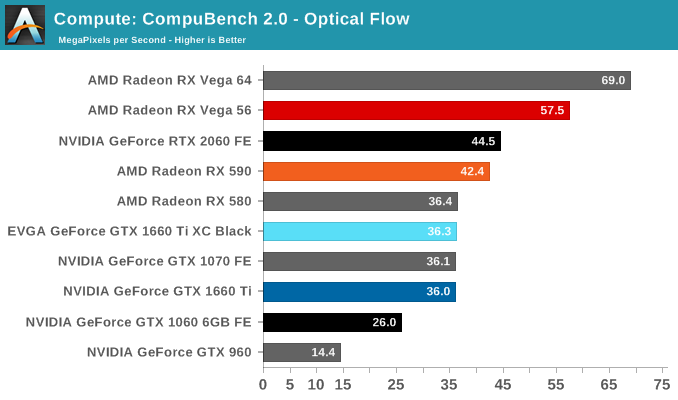 On paper, the GTX 1660 Ti looks to provide around 85% of the RTX 2060's compute and shading throughput; for Compubench, we see it achieving around 82% of the latter's performance. 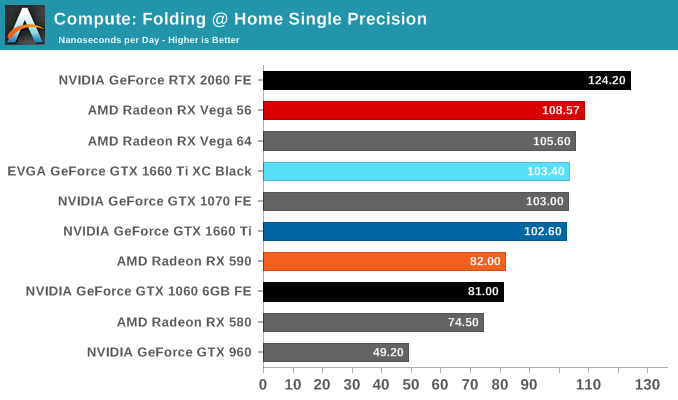 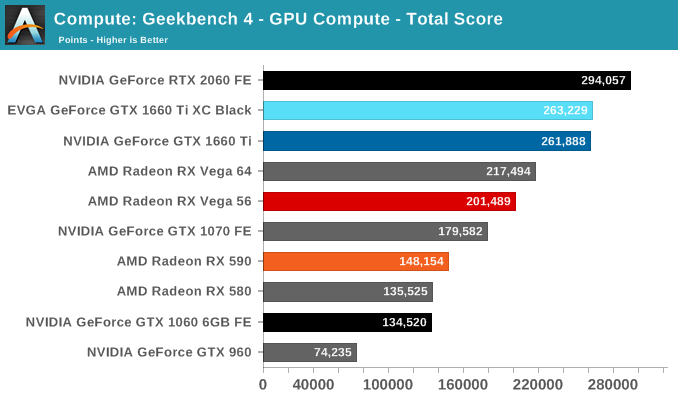 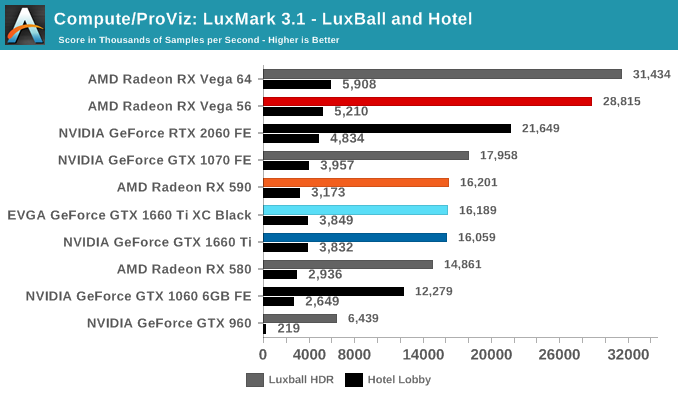 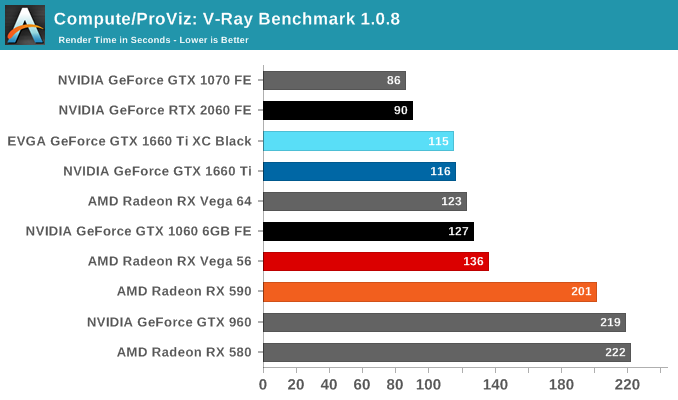 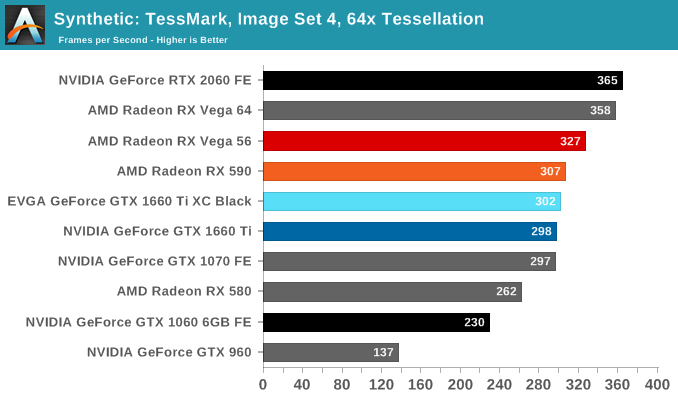 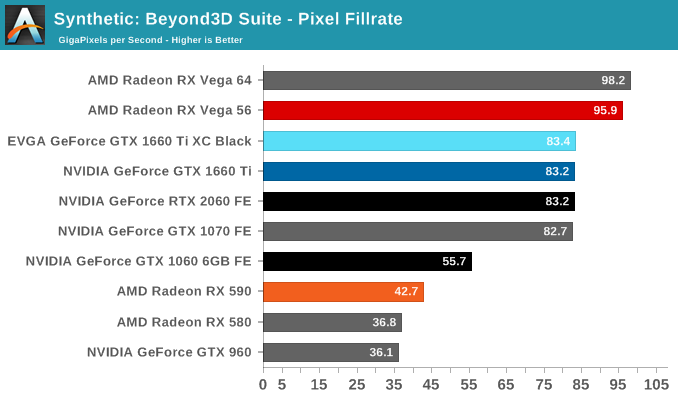 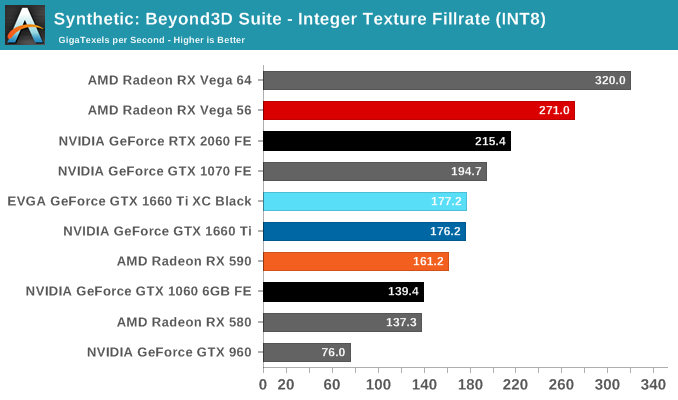 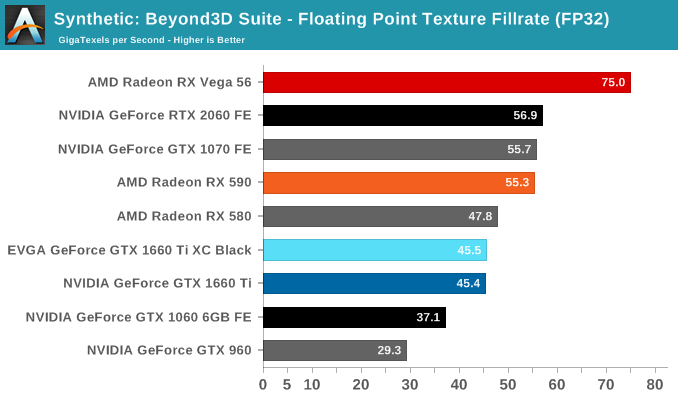 The practically identical pixel fill rates for the GTX 1660 Ti and RTX 2060 might seem odd at first blush, but it is an entirely expected result as both GPUs have the same number of ROPs, similar clockspeeds, same GPC/TPC setup, and similar memory configurations. And being the same generation/architecture, there aren't any changes or improvements to DCC. In the same vein, the RTX 2060 puts up a 25% higher texture fillrate over the GTX 1660 Ti as a consequence of having 25% more TMUs (96 vs 120).