Way back in the dark ages of CES 2011, we were able to lay hands on and play with some interesting new technology from Toshiba. They had a prototype notebook on hand that was capable of glasses-free 3D similar to the Nintendo 3DS, but with a bigger screen and the ability to track head movement and adjust viewing angles accordingly. Yet the release of this 3D notebook has been an unusually quiet one. Is the 15-inch Qosmio F755 a sound design, or is there a reason why it's been unceremoniously dropped into the marketplace? Let's find out. 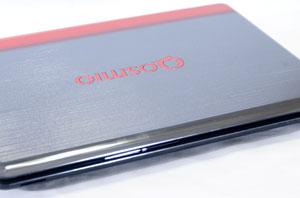 Toshiba's flagship Qosmio line of notebooks have been, for the longest time, big, flashy, red and black beasts. These juggernauts sported 18" screens with high-end graphics and processing power...