While the iPad Pro is important for some of its tertiary features, without the performance to back it up the user experience will inevitably suffer. In order to try and get an idea for how the iPad Pro performs as a whole we turn to our suite of performance benchmarks that stress a number of different areas including the CPU, GPU, memory, and internal storage. 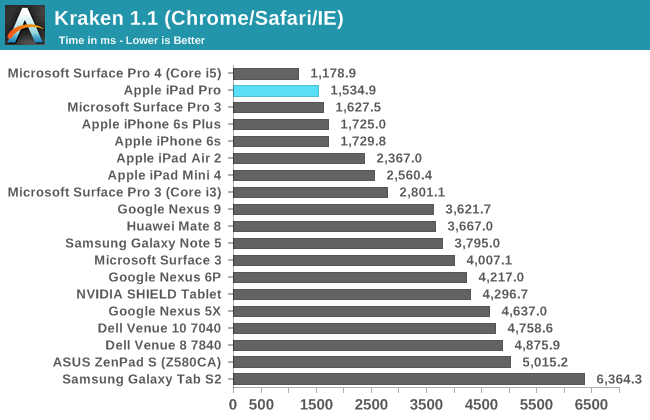 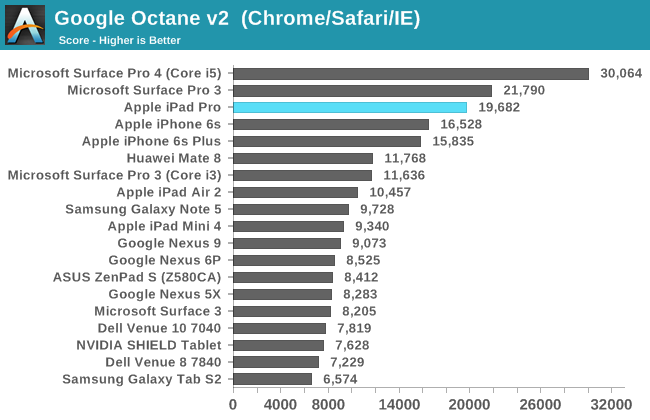 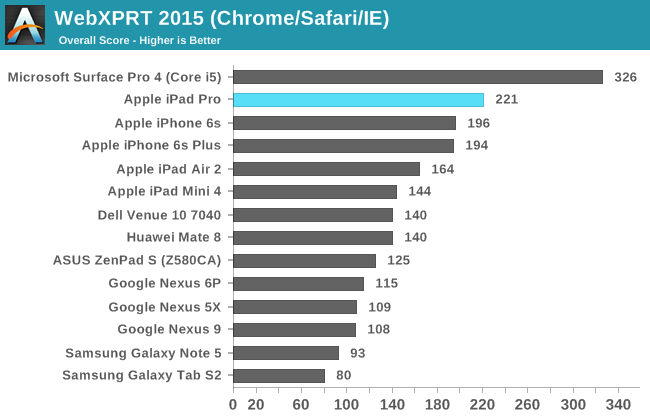 In the browser benchmarks, it's quite evident that the iPad Pro is far and away superior for browser performance compared to almost anything else on the market today, save the latest Surface Pros. This can be attributed to a few factors. One factor is that Safari has a number of optimizations that most Android browsers don't. The other factor is that the Twister CPU in A9X is just better suited for dealing with intense JavaScript, which is heavily reliant on single-thread performance. As the A9X only has two CPU cores that mostly rely on ILP to get acceptable levels of performance, the iPad Pro ends up doing impressively well in these benchmarks. I've found that this is also reflected in real world browsing performance, as the iPad Pro is less likely to choke on some popular JS-heavy tech websites than other devices with Chrome or an OEM-optimized browser. Quickly checking EmberJS performance tells pretty much the same story here as well. 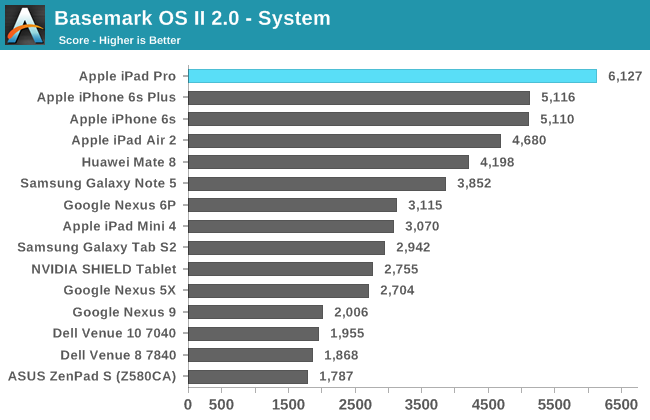 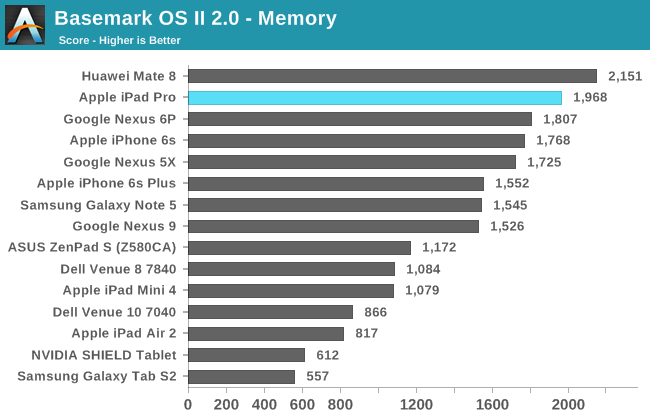 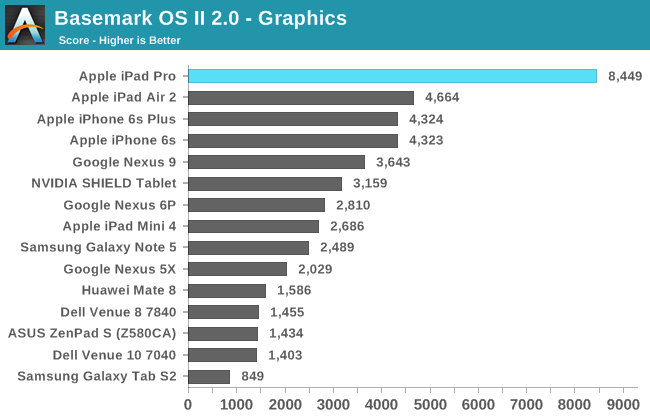 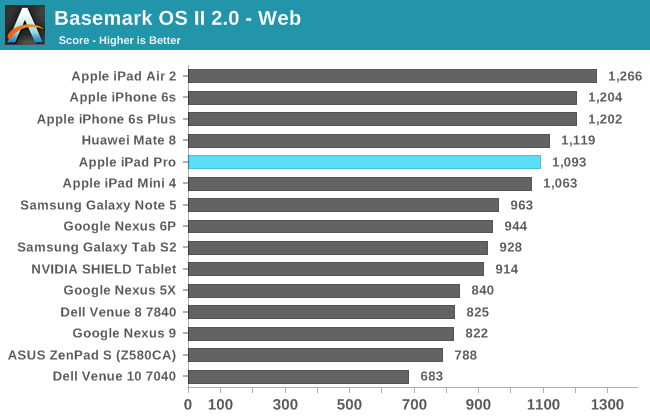 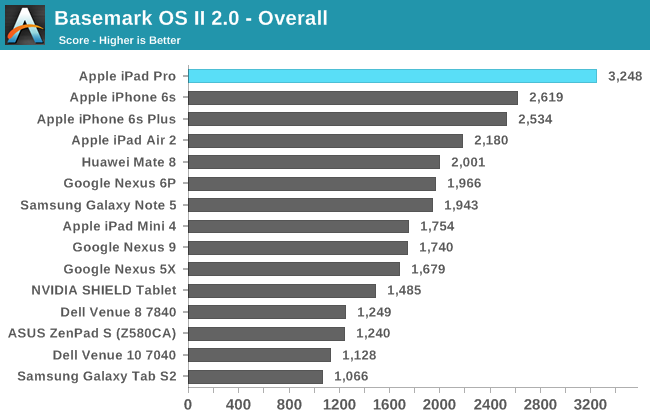