While it’s pretty much a universally terrible idea to use a tablet as your primary camera, for something like video chat or in an emergency it’s better to have one than not. In the case of the iPad Pro, the camera is essentially identical to what we saw with the iPad Air 2, which is to say an 8MP 1.1 micron 1/4” sensor, with an F/2.4 aperture and 3.3mm focal length, which translates to a 35mm equivalent focal length of 31mm. There’s no PDAF or anything fancy going on here, so it’s pretty much a guarantee that the camera is the exact same module that we saw with the iPad Air 2. The front facing camera is still a 1.3MP F/2.2 2.65mm focal length module, which leads me to believe that it too is shared with the iPad Air 2. I honestly don’t see any difference between the iPad Air 2 and iPad Pro cameras, so rather than spending time dwelling on those this comparison will be focused upon how it compares to popular smartphones and the tablet competition. As I don’t have a tripod mount that can actually fit the iPad Pro, I’ve elected to forgo some of our standard latency tests to avoid presenting data with confounding variables. 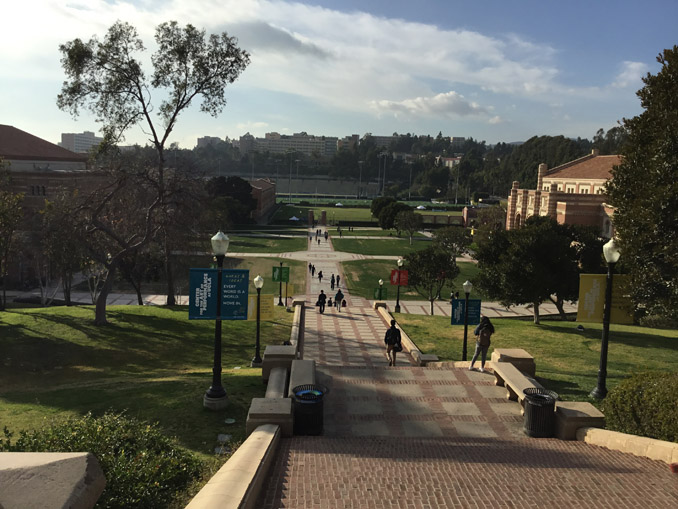 In our first daytime scene the iPad Pro is actually not that far off from the iPhone 6s. If you look closely it’s obvious that there is less detail to be seen, but it’s honestly quite difficult to see the difference. Relative to the iPhone 6, detail is almost identical. For a camera that should basically be never used for the kinds of photos I’m taking for this review, the camera will work well in a pinch. By comparison the Pixel C is rather disappointing. Even in this ideal condition, detail is visibly worse when compared to the iPad Pro. I’m not sure whether this poor showing is caused by camera shake or AF issues but in general the AF system for the Pixel C had some pretty noticeable issues in general. There are also some obvious problems with color noise despite base ISO, which is shocking. 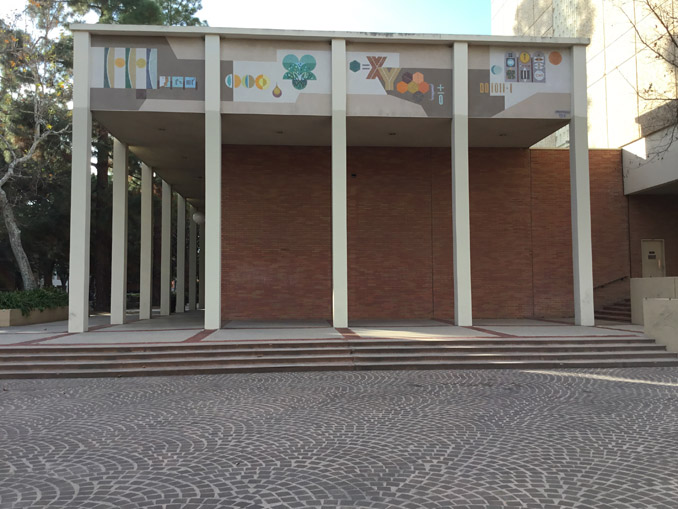 In the interest of trying to collect more than one data point for presentation in the review, I tried another scene. Once again, the iPhone 6s shows a minor resolution lead and the iPad Pro is pretty close to the iPhone 6 here. By comparison while there isn’t any obvious weirdness going on the Pixel C clearly has less detail and a noticeable amount of color noise, which is surprising even for a tablet camera. Color noise is one of the most distracting things in any photo, so I’m always concerned when any mobile device has a camera where the JPEG output shows color noise. 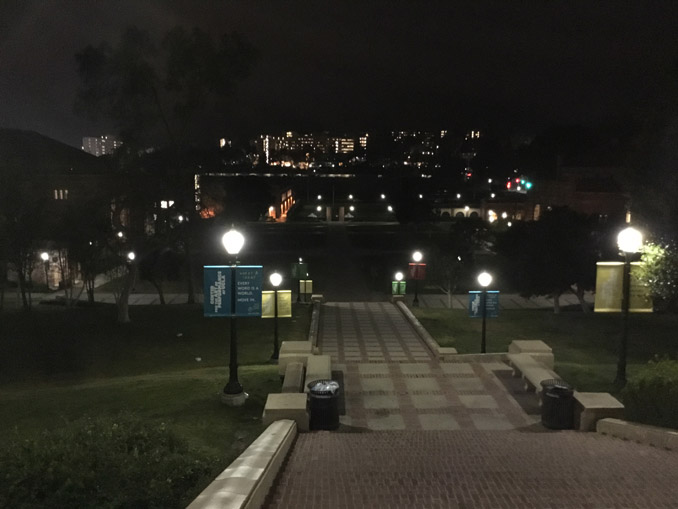 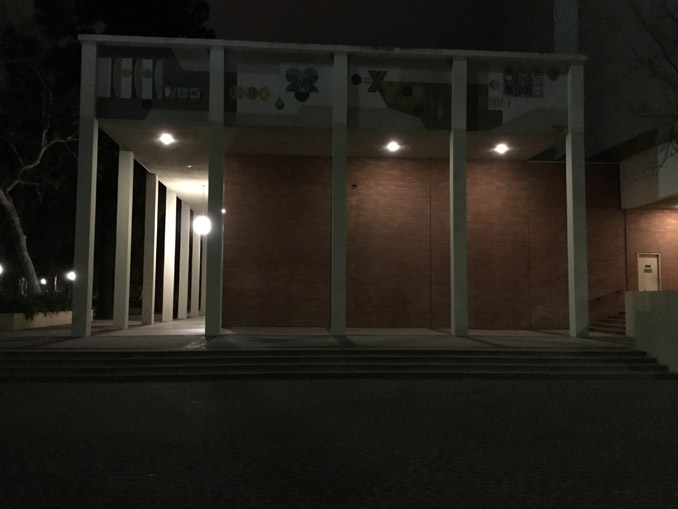 Moving on to the low light testing, we clearly see the disadvantage that comes with smaller pixel sizes. The iPad Pro is just clearly worse than the iPhone 6 and 6s here. The 6s Plus is the clear winner of this test. While the iPad Pro has dark output, it’s miles better than the Pixel C and Nexus 9, both of which show enormous amounts of color noise. The Tegra X1 and K1 ISP for whatever reason is struggles with doing things like hot pixel compensation in low light, as in the dark areas of the photo there are obvious bright speckles of pixel noise. 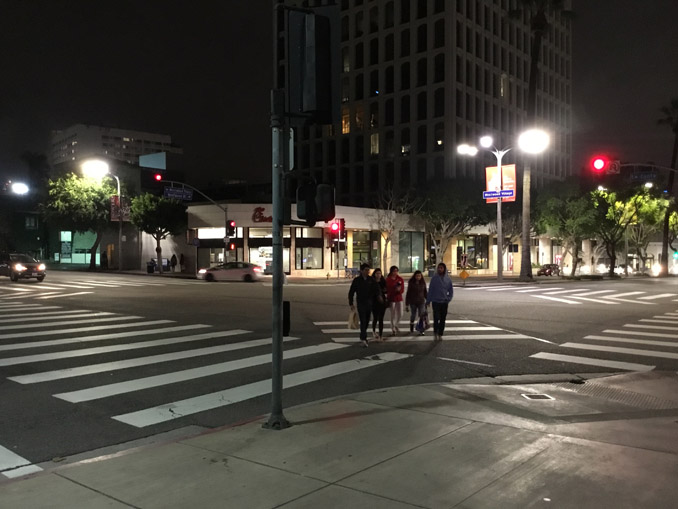 In another low light scene we see the same sort of ordering that was in the previous scene. The iPad Pro is acceptable here, but the iPhone 6, 6s, and 6s Plus are all clearly superior. However, the iPad Pro is clearly superior to the Pixel C and Nexus 9 on the basis of better detail and noise reduction. Unlike most smartphones I don’t really see a huge difference in how well everything freezes motion here, but I suspect this might just be because the entire image for the Pixel C and Nexus 9 is so lacking in detail.

Looking at video performance, the iPad Pro noticeably lags behind the iPhone in feature set, which isn't entirely unsurprising given that the camera on any tablet should be strictly reserved as a fallback for when you can’t get to a smartphone or literally anything else. 1080p30 is encoded with H.264 high profile at 17 Mbps, with around 82 Kbps single channel AAC audio. For the most part, quality here is actually comparable to the iPhone 6 and 6s in daytime, with a noticeably tighter crop due to the longer 35mm equivalent focal length. The iPhone 6s Plus is again the obvious winner here though, due to its use of OIS in video. By comparison, the Pixel C shows clearly less detail, and the higher contrast leads to worse detail in areas like the road and in shadows.

In 720p120, the iPad Pro is clearly worse than the iPhone 6s and 6s Plus just by virtue of not supporting 1080p here. That's not exactly surprising, but as a result the quality looks to be roughly comparable to the iPhone 6. Given that both are using H.264 high profile at 30 Mbps it’s not exactly a surprise though. The Pixel C and Nexus 9 are both unable to participate in this test at all as they don’t support slow motion video, which might be an ISP limitation of some sort as we’ve seen Nexus devices on the smartphone side with support for slow motion video.

Overall, camera performance on the iPad Pro is probably as good as it gets for tablets, but it's obviously not competitive with the best smartphones. No one should really be surprised that this is the case though, as tablets are basically cameras of last resort, while smartphones are often primary cameras now.

On the WiFi side unfortunately I have reason to doubt the validity of our current testing methodology, especially on iOS. As a result for this review we won’t be running any particular benchmarks for the iPad Pro but I never saw any particular issues with WiFi performance on the iPad Pro, which uses Broadcom’s BCM4355 WiFi/BT combo chipsets.

I also don’t have any particular equipment to really test speaker quality to its full extent, but subjectively the speakers are some of the best I’ve ever experienced on a mobile device in terms of sheer volume and frequency response. The speaker amps are shared with the iPad Air 2, which is Maxim Integrated’s MAX98721 IC. The audio codec/DAC is Cirrus Logic’s CS42L81, which isn’t entirely unsurprising given how most every Apple mobile device seems to use a Cirrus Logic codec of some sort.

I also found a number of interesting design wins, which include TI’s BQ27540 for the battery fuel gauge, and an MCU related to the Orion dock that seems to handle accessories like the Smart Keyboard. This MCU is connected over i2c, with some suggestion that this connector can act as a USB port, but I haven’t been able to figure out much else about this system.