Just like the random read test, sequential reads are tested across the span of a full drive and a representative sample of queue depths. This test performs 128kB reads. Most operations involving large files (typically images and videos) fall under this test's purveiw, but streaming or playing even the highest resolution videos doesn't require anywhere near the full bandwidth of a SSD. Copying files to another SSD or loading very large files into an editing program will more likely use all the speed that's available. 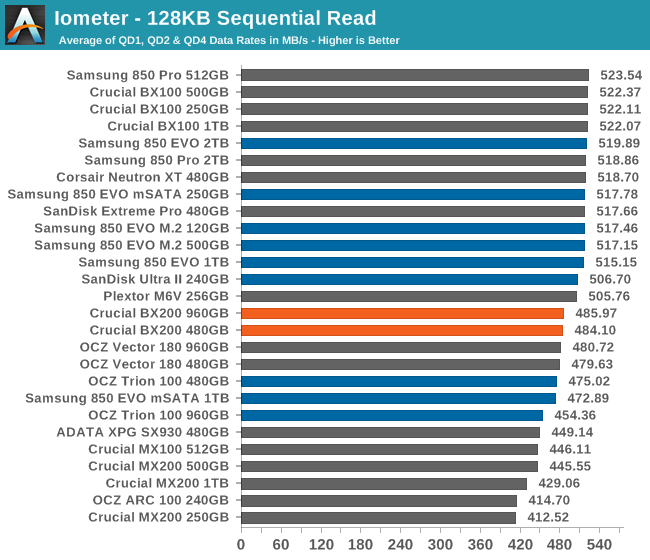 At last we see respectable performance from the BX200. Its sequential read speeds aren'te quite up to the SATA limit at low queue depths, but it can sustain solid performance. Unfortunately, for anyone holding out hope that the poor results we've seen so far may be a testbed issue, the otherwise respectable sequential performance puts that idea to rest. 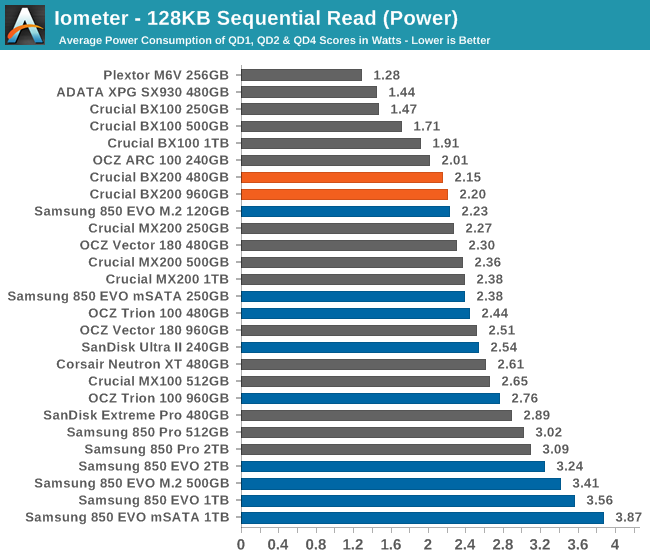 Power consumption on sequential reads is actually good, though it won't catch up with the best of drives.

Given a larger queue depth, the BX200 is actually able to reach the performance plateau of the SATA speed limit; it just takes a little longer than the top tier of drives. Given the performance, it's not surprising to see that power consumption doesn't grow much. The shallow but steady decline in power consumption for the 480GB drive may be a sign that it's able to do some prefetching and caching to reduce the number of times it has to read from the flash. 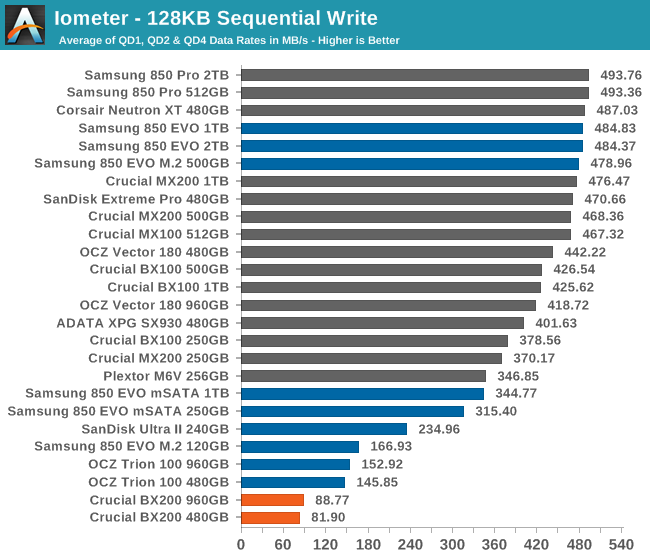 The initial good news we saw with the BX200's sequential read performance didn't last long. The drive's write performance is bad for sequential access just like random access, unfortunately displacing the Trion 100 as one of the worst drives in our current collection. 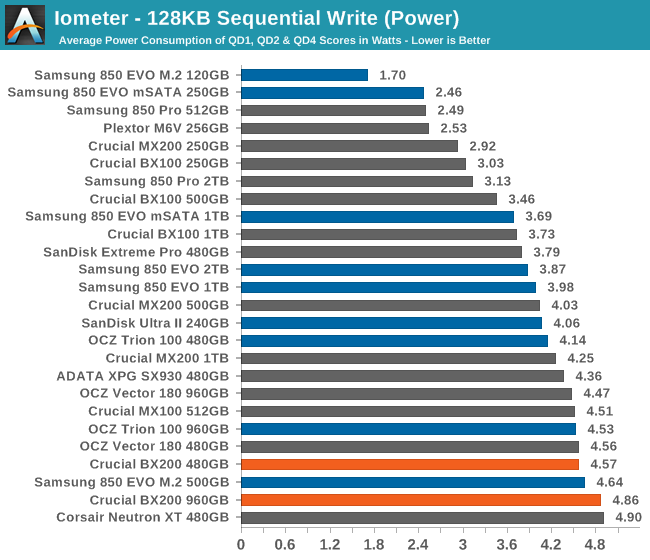 The BX200 power consumption during sequential writing is poor but not radically so. It would seem that Micron's TLC flash requires at most a little more power to write to than other TLC, and this drive is just wasting most of that power budget on background management.

Looking at larger queue depths, performance drops slightly after QD1, and stays low as power consumption shifts around some but is always high. Neither capacity of the BX100 can sustain even 100MB/s of writes for a length of time.