Going into the Microsoft Devices event earlier this month, there were a lot of questions on my mind in how Microsoft was going to move forward with Surface Pro. There is no doubt that Surface Pro 3 has been a big success for the company after several years of middling results. Would Microsoft move to Core M to reduce the weight and noise, or would they stick with the U series and keep the performance intact? Interestingly the answer was both.

Surface Pro 4 is not the revolution that Surface Pro 3 is, but more of an evolution. A bigger, better display, coupled with the latest in technology under the hood, but in a thinner and lighter device. The display really is fantastic and is easily the best one in a Surface yet. The move to Skylake has also been a big help for Surface Pro. Not only is it much faster – sometimes 50% faster even – but it can keep its performance up in an 8.4 mm thick chassis, which is something that was not true of the previous generation. Microsoft has gone all-in with the hardware, offering up the best of Skylake-U as an option in the Core i7-6650U, including Iris graphics with 64 MB of eDRAM. Memory capacity has been increased to 16 GB, which should be plenty for any workloads that are going to be done on a tablet. The storage changes to NVMe based SSDs has push performance almost as high as it can be in 2015. 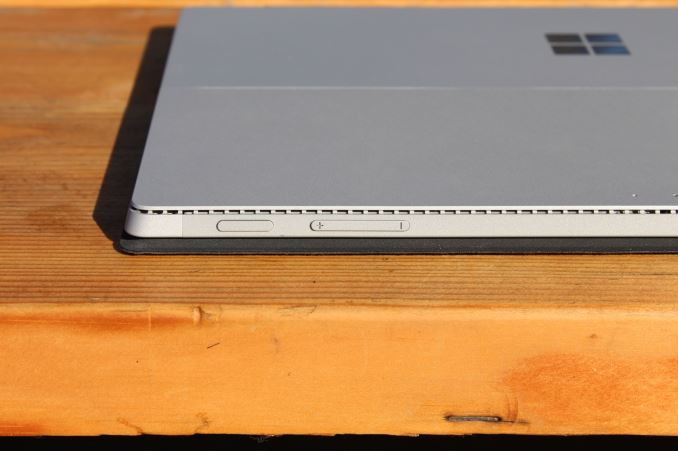 The changes to the accessories are maybe the most noticeable changes. The new pen is much softer, and it’s great that you can now choose which pen tip you want to use depending on the situation. But the big story is the improved Type Cover, which went from serviceable to a really great keyboard. The improved key spacing, along with 1.3 mm of travel, has transformed the keyboard feel and made it much easier to type quickly on it. I found myself making a lot less errors because I could always tell if my finger was on a key or maybe between them. Add in the fact that the new one is much stiffer, and you have to wonder if they can improve it anymore than they already have. One of the biggest complaints with the Surface Pro 3 was the tiny trackpad, and that has been very much corrected. The touchpad surface is now glass, and it is much larger than it was in the past, and it really feels like a trackpad should on a small notebook. You can also get the keyboard in even more colors. 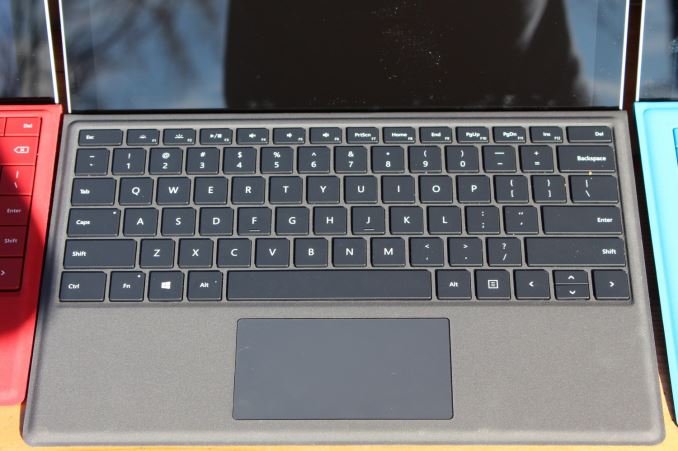 The new dock is going to be universal going forward, unlike the previous one which made you insert the Surface Pro 3 into it. No matter what they do with the chassis design, having an external dock which connects over the Surface Connect port is pretty much guaranteed to work.

It is impressive to look at the Surface Pro 4 and just think about how much is packed into such a small and light package. Inside the 12.3-inch tablet is a full Core i5 or i7, 16 GB of memory, and up to 1 TB of storage. Yet the package itself is actually thinner than the Microsoft Surface 3, which is powered by Intel's Atom CPU. That is pretty amazing, and with Surface Pro 4 Microsoft has made it work. The thermal issues are pretty much resolved, despite the thinner chassis, and the fan noise is a lot less noticeable since it almost never needs to kick in.

One thing notably absent from the Surface Pro 4 though is USB Type-C. I feel like they have missed an opportunity here to add one or more USB Type-C ports in addition to the existing Type-A port. USB Type-C is going to be the future, and not having it on a device that is otherwise outfitted with the latest technology feels like it has one foot in the past. 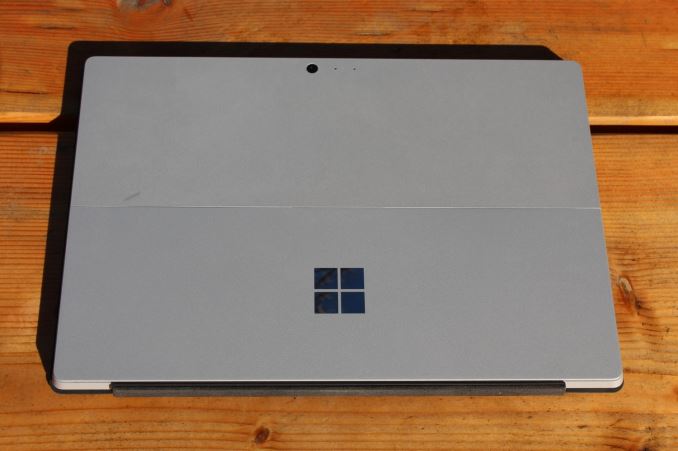 Surface Pro is an expensive tablet. It’s also an expensive Ultrabook. Microsoft is not playing in the land of low margins with this product. Starting at $899 with Core m3, 128 GB of storage, and 4 GB of memory, this tablet is priced as a premium product. It does come with the Surface Pen, but the keyboard is an extra $129, pushing the final price over a cool grand. If this review was two months ago I would say that Microsoft is charging too much for the keyboard, but it appears that they are now the lowest priced keyboard option, with the iPad Pro and Pixel C announced in the last month or so alongside their respective and more expensive keyboards. With the Surface 3, I said the keyboard was somewhat optional, but that’s not the case with the Surface Pro 4. You really do need the keyboard, and at least for the money the accessory is quite good now. The highest price offering, now with Core i7, 16 GB of memory, and 512 GB of storage, is a whopping $2199. The 1 TB model will be even more when it comes out. I think the sweet spot is going to be the SKU we were sampled - Core i5 with a 256 GB SSD and 8 GB of RAM - for $1299. That is the price of a good Ultrabook, and not out of the realm for shoppers looking at a premium product.

If you are looking for a workhorse tablet that you can be productive on, I don’t think anyone else offers the build quality, performance, and accessories, compared to Surface. There have been some other devices recently announced in the PC space which are very similar to the Surface, but with Surface Pro 4, Microsoft has raised the bar again.