Microsoft has continued their tradition of using Marvell AVASTAR wireless cards, for better or for worse. They seemed to have quite a few issues with the network stack since Surface Pro first launched, but the latest hardware and drivers from Marvell has worked fine for me. It is a 2x2:2 802.11ac card, and it appears to be the exact same card used on the Surface Pro 3. 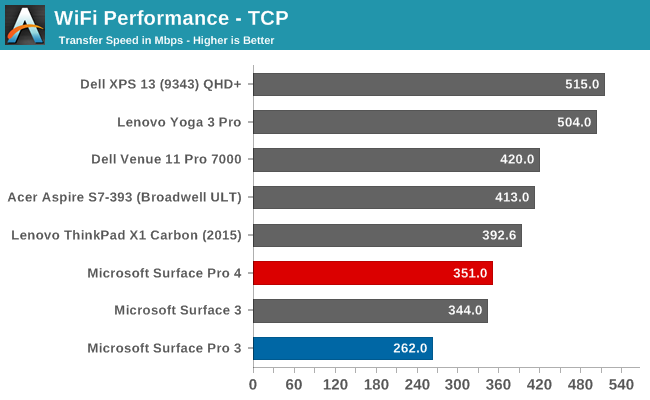 Wireless performance of the Marvell solution is far from class leading. At around 350 Mbps, it struggles to keep up with the best solutions out there right now. Broadcom seems to have the fastest, at around 500 Mbps on 802.11ac, and even Intel’s solution tends to achieve around 400 Mbps. If Microsoft wants to really push the envelope, they should maybe look at a new wireless card as a good place to move the bar up. I would love to see a 3x3 solution although I’m not sure that it could physically fit in such a small package.

The Surface line has a great configuration for the speakers. They are front facing, but the speaker grilles blend almost invisibly into the display bezel. They give you nice stereo separation without making the tablet itself wider.

The speaker volume is sufficient, getting up to around 77-80 dBA depending on content. As with most devices, there is a definite lack of low end but that would be difficult to achieve on something so thin. Comparing it directly to the Surface Book while watching the latest Star Wars trailer, the Surface Pro 4 seemed to have a bit less range, but that is subjective. Both sounded pretty decent, and the stereo separation is great to have and very noticeable, but I would give the edge to the Surface Book slightly.

I don’t think a quality camera is a strongly differentiating feature on a tablet like it is on a smartphone, but it can still be important for video conferencing or even the odd still image. The Surface Pro 4 comes with an 8 MP rear camera, and a 5 MP front facing camera. The front camera also supports Windows Hello authentication however that’s not enabled at the moment. Microsoft built their own solution for Windows Hello, rather than go with the Intel RealSense 3D system, so when it gets enabled I’ll take a look at it and report back. My experience with the Intel solution was much better than I thought it would be, with extremely fast unlocks, so if Microsoft can match that experience then they have done a great job.

The rear camera has 1.4 micron pixels, and a F/2 aperture which should help it with lower light scenarios, but the sensor size is just 1/3.2" so its not going to be competing with top end smartphones. Here are some sample photos.

The front camera also has 1.4 micron pixels, but the 5 MP sensor is just 1/4" in size. It keeps the F/2 aperture but moves to a wider field of view for use with video conferencing. For a Skype Camera, it’s fine and images are a bit grainy but serviceable for a webcam.

I think one of the nicest parts of buying a Surface device is that you get the pure, unadulterated Windows experience, and with the Surface Pro 4 that of course means Windows 10. Microsoft puts no extra software on the devices at all, unlike every single other manufacturer. Even when you buy a Microsoft signature PC, OEMs still include extra things that are generally not necessary. To compare it to something would be the Nexus line from Google, which is Google’s take on Android. Surface is Microsoft’s clean look at Windows 10.

As a tablet operating system, Windows 10 has perhaps stepped back slightly from Windows 8.1, but the other side of the Surface Pro line is the PC experience, and that is greatly improved. With Windows 10, Microsoft has also launched their touch-first versions of Word, Excel, and PowerPoint, and OneNote gets a refresh as well. The licensing is such that in order to use Word Mobile for more than basic use, an Office 365 subscription is required, as it is on the Surface 3. Still, it is an option now and one that works pretty well. 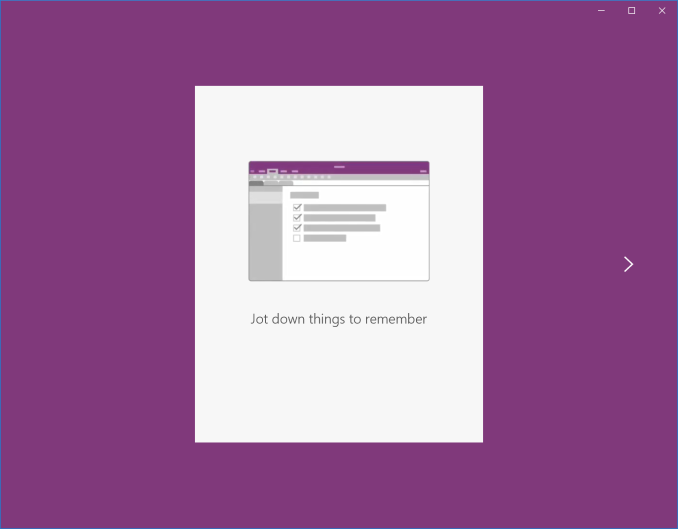 Windows still lacks the breadth of tablet apps of iOS, but over the last couple of months there have been some decent additions to the store. Only time will tell if the app-gap can ever be closed, but with over 110 million devices already running Windows 10, Microsoft stands a better chance than with Windows 8 and Windows RT.

In the mean time, the Surface Pro with its 12.3-inch display, makes a pretty good notebook. Navigating Windows with the new Type Cover is much improved, mostly due to the larger trackpad. Typing up a document is also much better with the new keyboard. As a notebook, the experience has improved a lot. There has not been a big change in using the Surface in your lap, other than the improved stiffness of the type cover, so if you are using a notebook in your lap a lot, it really is something you will have to try for yourself. For me, it is OK, but a true notebook style device is still superior for writing in your lap. 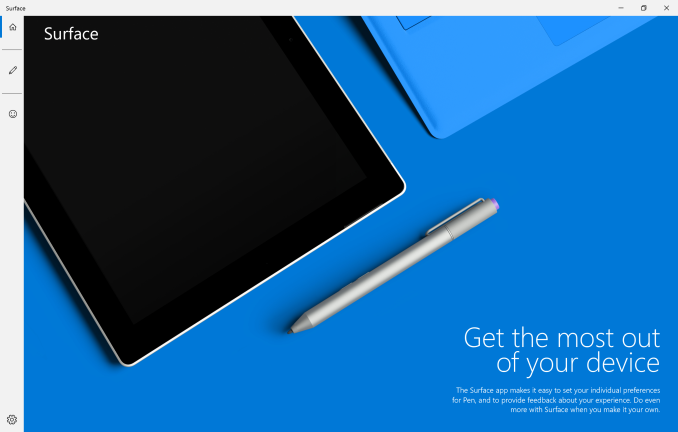 Using the Surface Pro on a desk though is as good as ever, and no one has yet replicated the simple, yet powerful kickstand. The kickstand has defined what Surface is, and when using it as a tablet, being able to prop it up makes it much nicer to use in a lot of use cases. Add in the pen, and the Surface Pro is pretty versatile.

One piece of the experience that I have not yet been able to test yet is Windows Hello through the facial recognition of the Surface Pro 4, because it is not yet enabled. I’ve used this with Intel’s RealSense 3D camera before, and the unlock speed and accuracy is great. Microsoft has built their own solution which fits into the small bezels surrounding the tablet, but we will have to wait and see if it is as fast and accurate as Intel’s product. 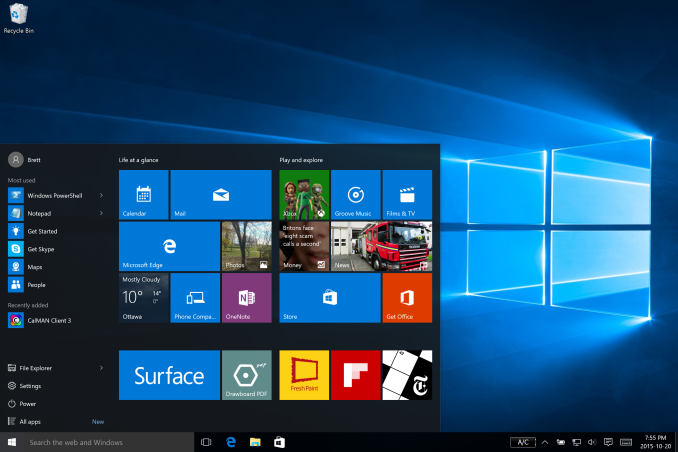 Windows 10 is supposed to bridge the gap between traditional PCs and tablets, and Surface is the line that Microsoft is using to best showcase the results. The hardware and software do work well together, from the initial pen pairing when first booting up, to the tablet mode being enabled just by folding the cover back. Windows 10 supports pen input better than any previous version, and the pen itself is improved.