Siri debuted with iOS 5 on the iPhone 4s, and at the time was really the first virtual assistant integrated into the core of a mobile OS. It has faced steady competition from Google Now and now from Microsoft's Cortana, and in my experience it seems that Google Now still holds an advantage as far as speed and accuracy goes. However, at WWDC 2015 Apple detailed a number of statistics relating to Siri, and showed how Siri is being improved in iOS 9. According to Apple, Siri serves over one billion requests every week, and has gotten 40% more accurate in the past year, with a word error rate of just 5%. Siri has also gotten 40% faster in the last year, and having tried using Siri again for the purposes of this review it does seem that it has improved in these respects. 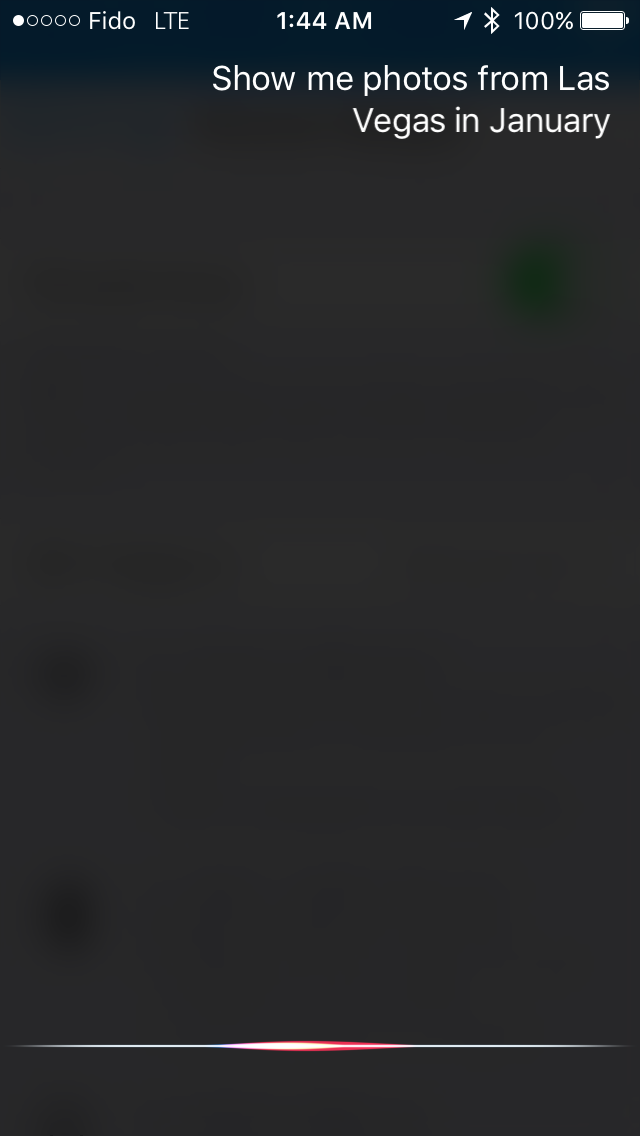 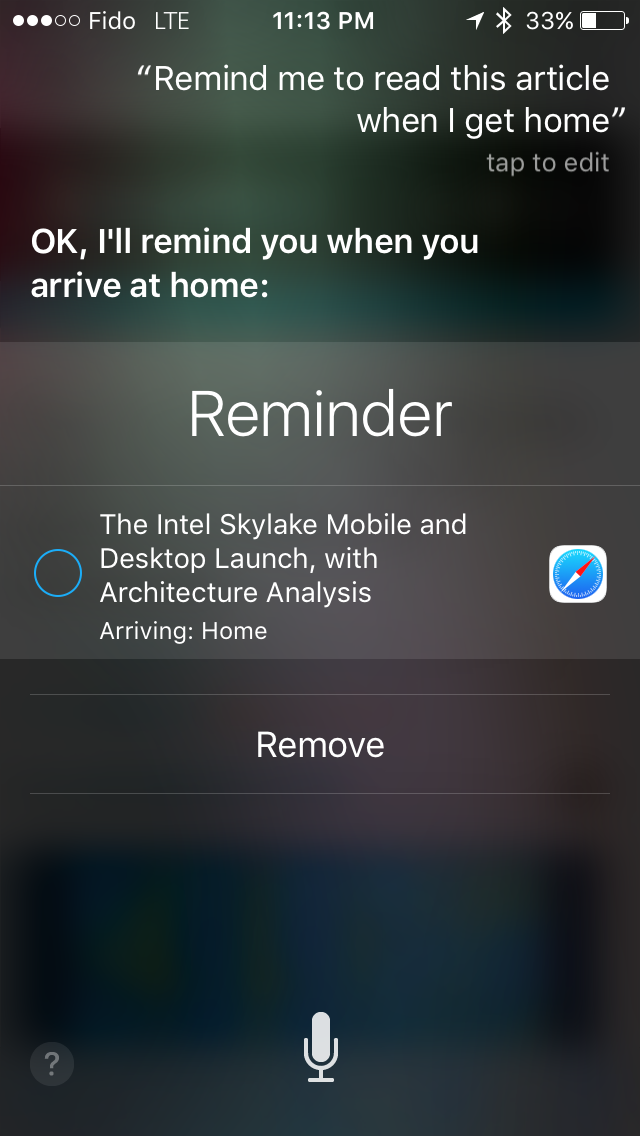 iOS 9 focuses on making Siri more intelligent and proactive. Part of this just involves simple improvements, such as how conversions are now done natively instead of referencing Wolfram Alpha, which ends up being much faster. In other cases, the fact that Siri is more aware of context allows for new uses that weren't previously possible. You can see above how asking Siri to remind me to read an article created a reminder which would have an embedded link to the webpage I was reading when it reminds me after I arrive home. You can also use Siri to make specific searches, like looking for photos based on a time and location. However, the contextual awareness doesn't go near as far as Google Now on Tap which will be launching in Android M and will allow you to ask questions in natural language about the content you're viewing and get relevant answers.

Ultimately the local and front end improvements to Siri as a voice assistant are not enormous, and the real improvements are those that Apple continues to make on the back end to make Siri more accurate and responsive when you use it. Since these improvements have nothing to do with the timeline of iOS releases - a consequence of Siri being as much a service as it is an OS function - there's not much I can say about them beyond what Apple has said. However, Siri has been expanded in iOS 9, and has now taken over what was previously Spotlight Search. The new search screen and enhanced universal search on iOS are what I'll look at next.

iOS 3 brought Spotlight Search from OS X to the iPhone. It was a screen you could access by swiping to the left of your first home screen, and it allowed you to search for applications and a limited set of content on your device. With the iOS 7 redesign this screen was eliminated, and Spotlight was now something you accessed by swiping down on any home screen. iOS 9 changes things up, and in a case of what you might call indecision Apple has decided to put a search section both in the old Spotlight Search area, and the screen accessed by swiping down on a home screen. However, this new search section to the left of your home screens has a couple of new features which are worth mentioning. 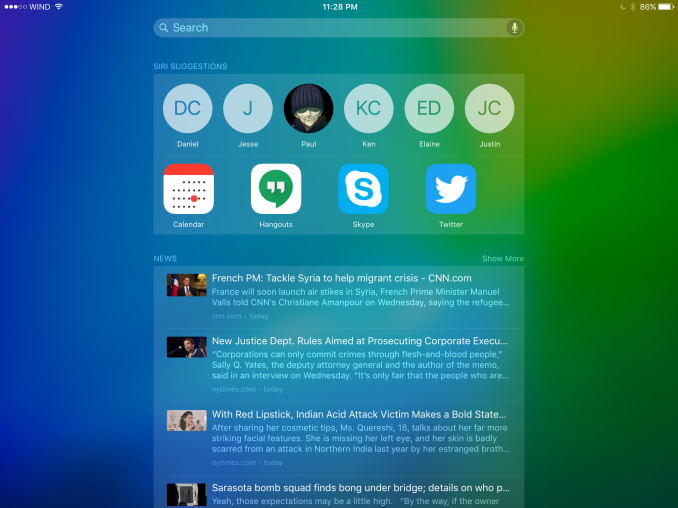 In addition to having search, the new search screen displays suggestions from Siri for apps you may want to open or contacts you want to call or send a message to. My problem is that I don't understand the reasoning behind the suggestions that I'm being given. The contacts seem to be chosen well, but only because I only contact four or five people frequently. The apps just seem nonsensical. I am very sure that I have never opened the YouTube app at 12:30AM in my entire life. The news selections are also terribly irrelevant. That isn't to say that all the stories themselves are irrelevant, but considering the fact that the majority of my Apple News sources are technology related I would love to know why I have never ever seen a single technology article in this list. 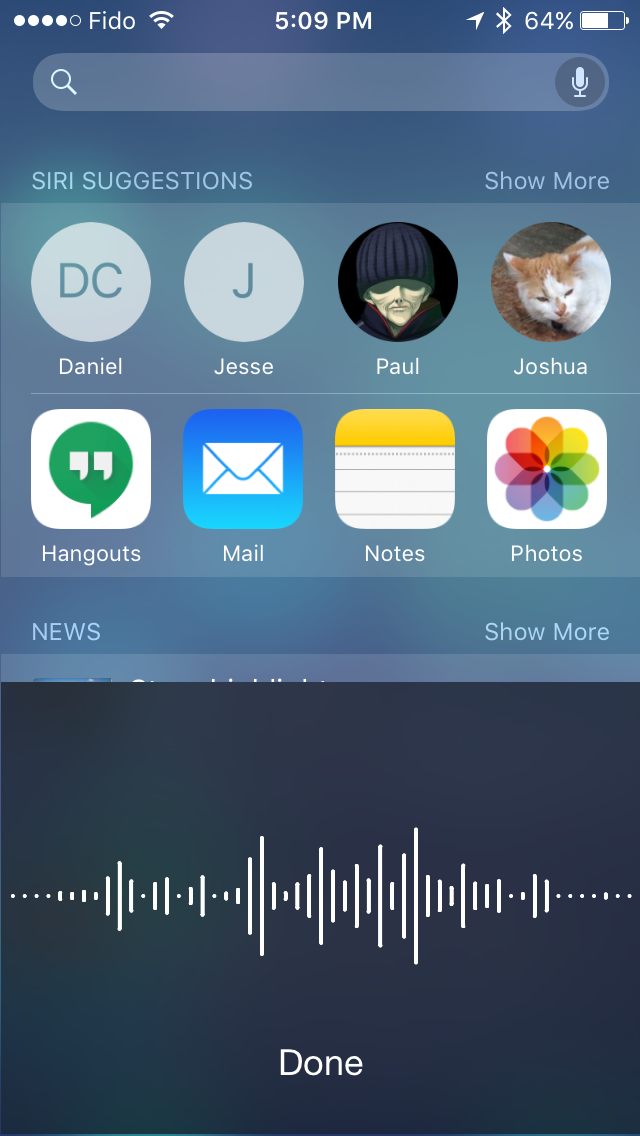 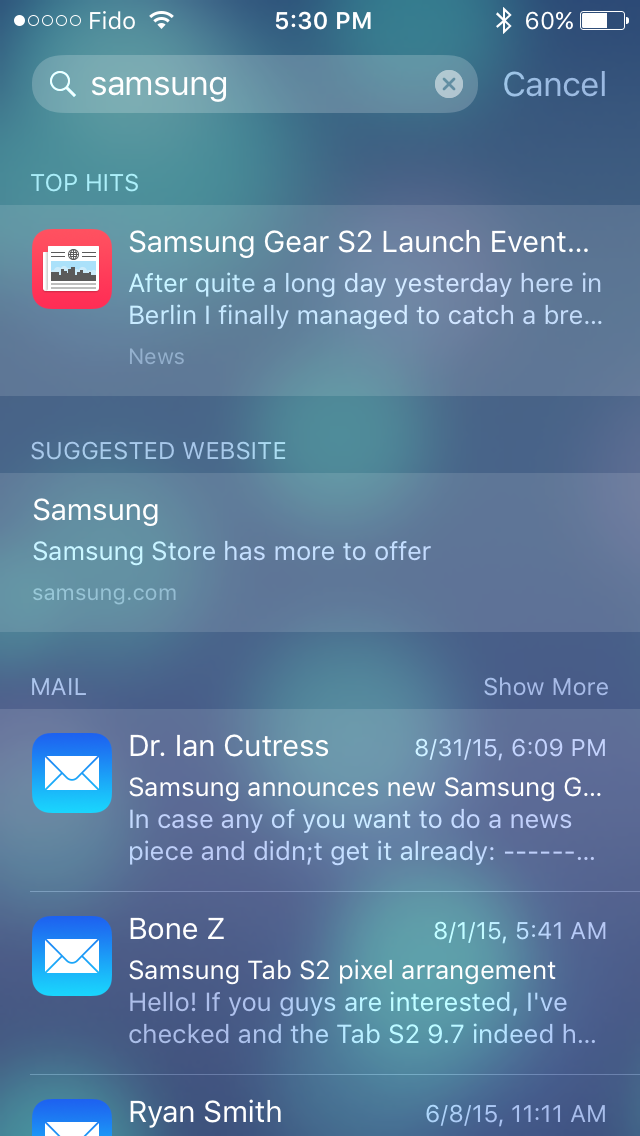 As for the searching itself, that's where things improve. Search has been given the same upgrades as Siri, with support for making conversions. You can also do voice searches which is a long overdue addition. Searching for general terms is also greatly improved. For example, searching for Samsung gives me the Samsung website as a suggested site, news from Apple News, general results from Bing, apps from Samsung on the App Store, Samsung's Wikipedia page, contact suggestions from people at Samsung that I've sent emails to, and even more. This is honestly the level of depth that search should have had on iOS for a long time now, and it's great to finally have a reliable way to search for something on the device with only a simple search term.

With iOS 9 Apple is also providing a search API for developers, which will allow them to add their own applications to the sources that are searched through. This means that an app like Twitter could allow you to search for tweets that you favorited or retweeted using the built in iOS search bar, and Microsoft Office could show you a document based on your search for a phrase that is inside it.

Search is definitely an area where iOS has been lacking for a long time now, and the additions Apple is making in iOS 9 are welcomed but definitely overdue in many cases. I think being able to search through many applications is great, and the integration with Siri to provide results like contact suggestions can be very helpful. At the same time, I really think the screen to the left of the home screens is poorly thought out and not useful because you can access search itself from any home screen. I feel like there was an initiative at Apple to create some sort of competition for the Google Now card screen, but it really didn't turn out well.

This is more of a power user app, and it's put in the OS somewhat like an easter egg. Basically there's an application that lets you view, download, and open files stored in iCloud Drive. The UI is essentially just the iCloud Drive picker put into an app with some changes, and you can see it below. 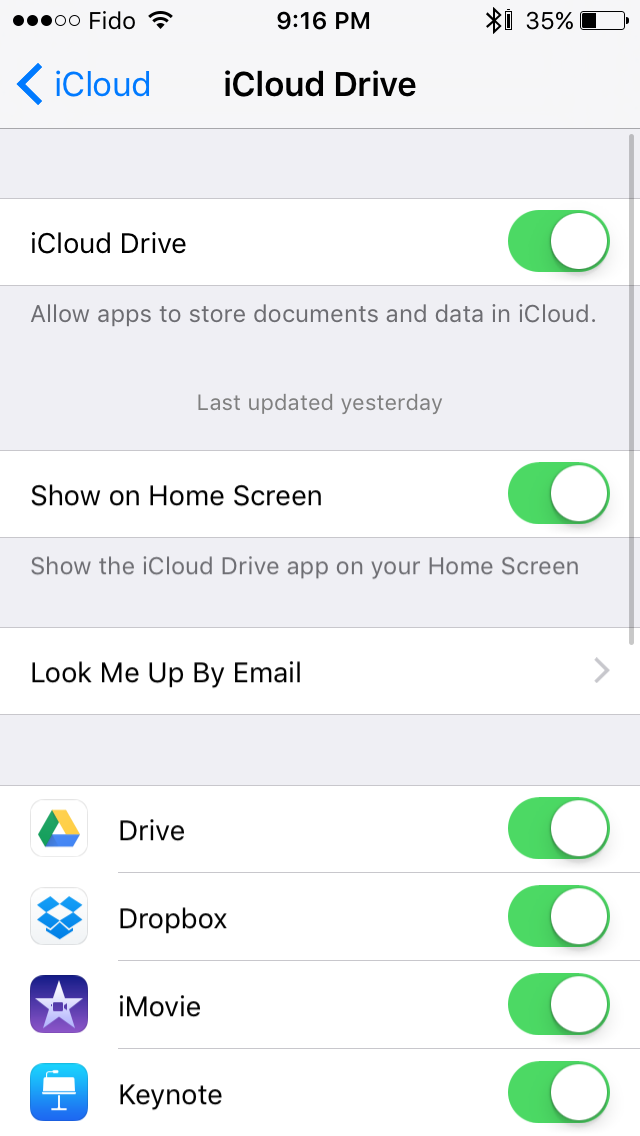 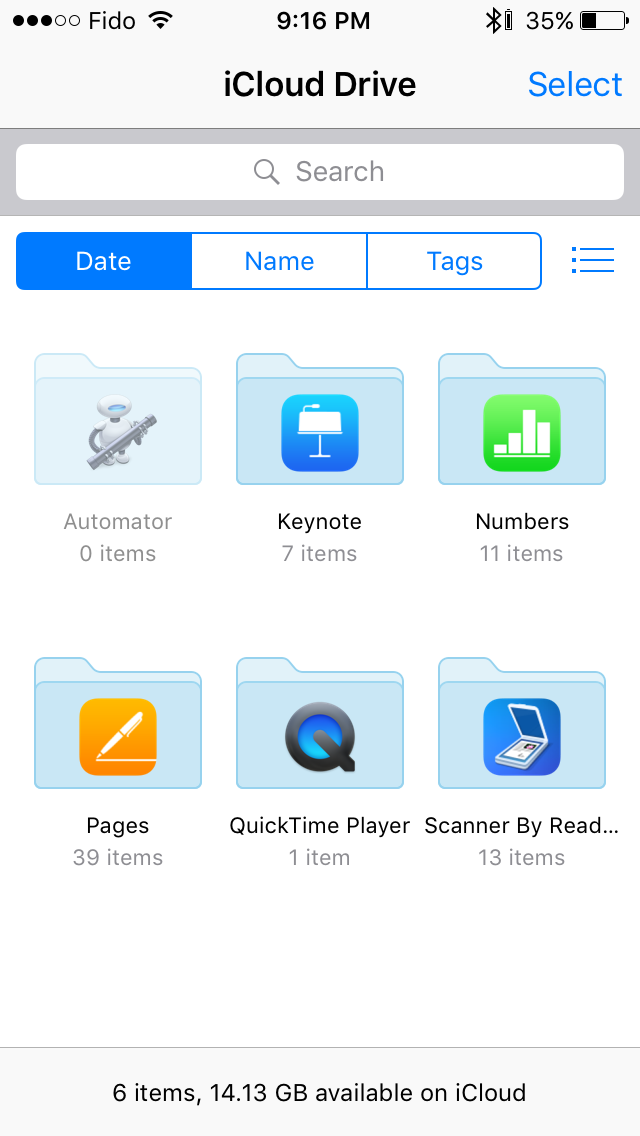 There's really not much to say about the app. Everything is organized the same way iCloud Drive is in Finder on OS X and on the iCloud website. You can download files, move them to different folders, and open them or copy them to an application of your choosing. It's just something to make note of if you ever want to manage your drive from your iPhone or iPad.