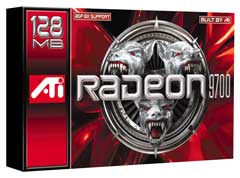 The Radeon 9700 features, sadly, only one DVI port and one VGA port to take advantage of Hydravision, which is still included in the R300 core. While we would like to see a dual DVI option for a $399 card, we may have to wait for the FireGL version of the card for that. 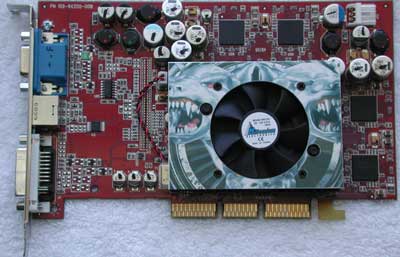 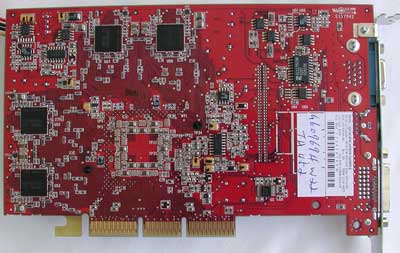 Clock speeds have not been set at the time of publication but ATI is definitely saying over 300MHz for both core and memory. When ATI visited us in North Carolina just a couple of weeks ago, they mentioned that they were hoping for over 325MHz core and memory but we will see what happens over this coming month. The card we tested ran its core at 325MHz and its memory ran at 310MHz DDR. The card is made by ATI on a red PCB and will be sold that way (an indication of ATI’s fiery passion?). The Radeon 9700 will be available within the next 30 days at $399 as we mentioned above.

The board does feature a power connector, as it draws more power than the AGP 3.0 specification allows. A floppy power connector is present on the board but ATI will be shipping all Radeon 9700s with an adaptor to use the larger 4-pin power connectors. 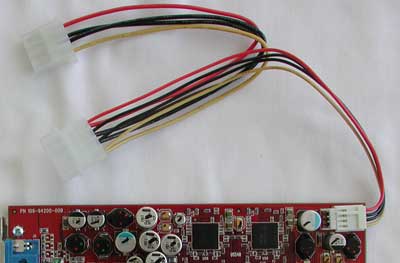