When ATI released the Radeon 8500, they revealed a design choice that went against their original beliefs they had when developing the original Radeon. Instead of equipping the R200 core with three texture units per pipeline, the R200 came with two. The reduction was made simply because, the vast majority of the time, the third texture unit went unused; in the case where more than three textures were being used, a second pass was needed to complete the rendering anyways and thus having a third texture unit did not necessary save any rendering passes.

With four pixel rendering pipelines and two texture units per pipeline, it’s difficult to scale down the Radeon 8500’s R200 core to a small enough size that it can be sold in $149 cards. NVIDIA’s solution to this problem was to strip out all of the DirectX 8 programmability out of the GPU, leaving a GeForce2-like NV17 core (a.k.a. GeForce4 MX). ATI has taken a bit of a better approach, and instead of making the RV250 a non-DX8 part, they removed one texture unit from each pixel pipeline.

The benefit of the RV250’s architecture is that ATI can reduce die size significantly, while still maintaining competitive performance in games that make extensive use of only one or two textures. The obvious downside to this is that in future games where more textures are used (for example, Unreal Tournament 2003 makes use of four textures in some areas) the RV250 will be slower than the R200.

ATI insists that the RV250 design is a completely new design and not just a stripped down version of the R200. To a certain extent, this claim may be true, but it is difficult to believe that ATI would start from scratch only to develop a chip that is similar to the R200. In reality, ATI probably ran quite a few simulations and discovered what they could add and remove to keep performance similar to the R200 but decrease cost as much as possible. ATI mentioned to us that they did tinker with their internal caches, but as is the case with most GPUs, information that detailed isn’t publicly available.

One of the more tangible improvements the RV250 holds over the R200 is an upgraded triangle setup engine. In situations that are not texel fetch bound the RV250 can outperform the R200, but in today’s games and even titles like UT2003, this will not generally be the case. You’ll see from the forthcoming synthetic tests that you can drum up scenarios in which the RV250 outperforms the R200, but for the most part, you can consider it to be a lesser performing part.

ATI also outfitted the RV250 core with their FULLSTREAM technology, which is a scaled down version of the pixel shader video technology found in the R300. The ability to run pixel shader programs on video streams is promising, and ATI’s FULLSTREAM technology is one such implementation. With appropriate software support (currently only through RealPlayer), FULLSTREAM can smooth out the blocky compression artifacts that are normally seen in low bandwidth video. 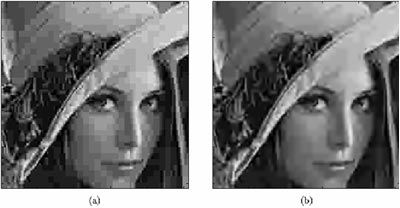 The end result is that the video stream is much less blocky but much more blurry.

The rest of the features and architecture of the RV250 remain unchanged from the R200; there’s still only one vertex pipeline (albeit now paired up with a more powerful triangle setup engine derived from the R300) and the part still offers full DirectX 8 compliance. ATI’s HyperZ II, anisotropic filtering and supersampling AA engines are borrowed, unmodified, from the R200 as well.

If the RV250 was to be a replacement for the R200, then we would be understandably upset about ATI’s design choices, but as you can guess by the title of this article, ATI has something different in mind. The price point of cards based on the RV250 will be similar to the GeForce4 MX 440 and GeForce4 MX 460; compared to the two pipeline/two textures unit per pipe GeForce4 MX architecture, the RV250 is very impressive.