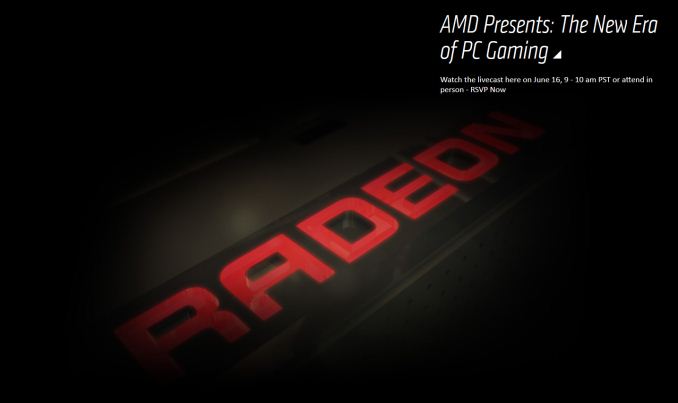 After an earlier vague deadline of Q2’15 and more than a few teases in the interim, AMD has finally announced when they’ll be revealing their forthcoming high-end video card.

AMD will be hosting an event on June 16th at 9am PST to release the details on the card, in a presentation dubbed “AMD Presents: The New Era of PC Gaming.” The presentation will be taking place at the Belasco Theater in Los Angeles, CA during E3 week, and happens to be where the AMD-sponsored PC Gaming Show also takes place that evening. This event is open to the public, or can be viewed via webcast.

I would quickly note here that at no point does AMD specifically call this a launch. And for that matter, the last time they held a public event like this – the Radeon 200/Hawaii reveal – Hawaii didn’t launch until a month later. In this case AMD has already committed to a June launch for the card, but at the moment we’re not expecting to see the card go on sale on the 16th.

Update: As part of AMD's Computex event (was was almost entirely focused on APUs), AMD CEO Dr. Lisu Su also briefly teased the 16th event, pulling out AMD's new high-end GPU. The chip being shown is a complete package with its silicon interposer and organic substrate. The crew over at Tom's Hardware got a good picture of it. 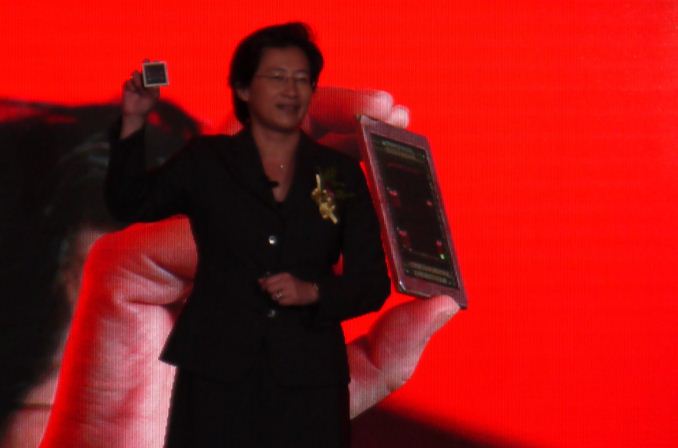