Although the X1 Carbon is not a gaming laptop, we can still run it through some of our GPU tests to see how the i7-5600U performs. This is HD 5500 graphics inside, which is a 24 Execution Unit (EU) model integrated with the CPU. It has a base frequency of 300 MHz, and a turbo of 950 MHz, which is 50 MHz higher than the i5-5200U that we have already seen in the likes of the Dell XPS 13. It should perform slightly better. It is a bit of a shame that the i7-5650U CPU was not leveraged in the X1 Carbon since it includes the 48 EU HD 6000 GT3 graphics, and the tray price is not much more than the 5600U. It seems like Apple is the only one who puts these in notebooks which is a bit of a shame.

Regardless, we will test what we have, and as this is an Ultrabook I did not put it through our entire gaming laptop suite, since as we found with the XPS 13, even on the value settings the integrated graphics are not really up to par for those types of games. That is why we started testing DOTA 2, which has much lower requirements, to get a feel for how these devices with integrated graphics do on less demanding workloads.

As with the system performance, if you would like to see how the X1 Carbon performs against any other device we have tested, please use our Laptop Bench. 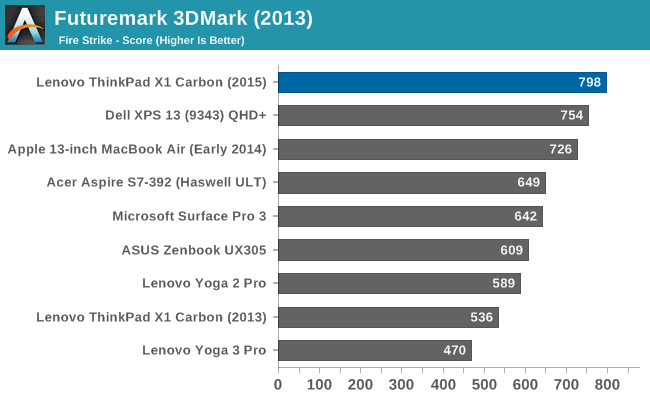 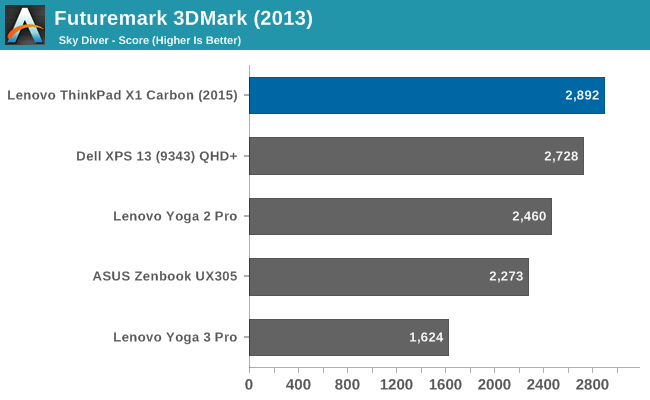 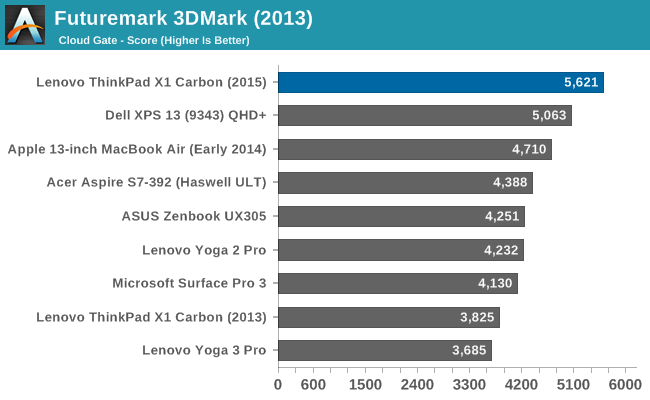 Futuremark’s 3DMark has long been one of the standard synthetic tests, and the X1 Carbon shows that it is right where it is expected to be – at the top. With the highest turbo frequency, and the new Gen 8 graphics of Broadwell, it edges out the XPS 13’s i5-5200U in all tests.

On GFXBench, we see the same story as 3DMark. The X1 Carbon edges out the XPS 13. Intel has certainly made some gains with the Gen 8 graphics this round, but they still have some work to do here. The key of course is to keep it in the TDP they want.

Moving on, we have our new DOTA 2 test, which is an example of a real world game rather than just a synthetic. 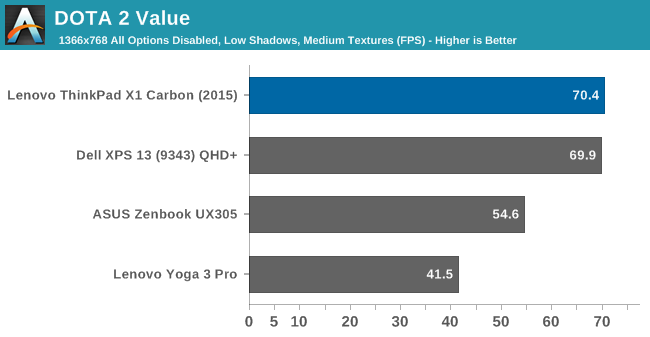 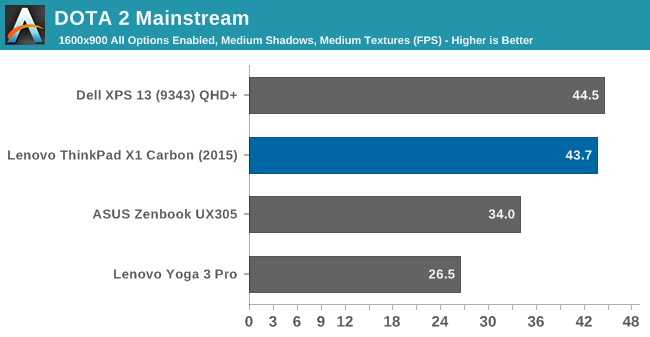 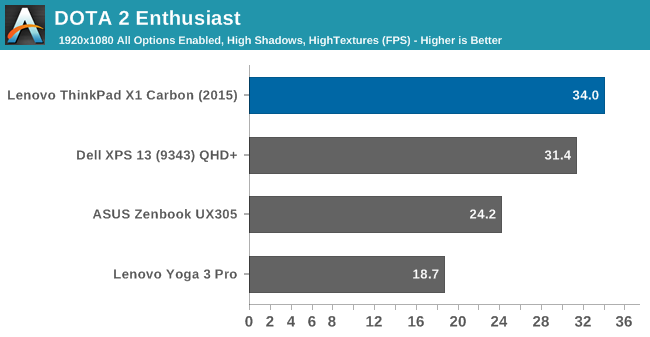 The reason we use DOTA 2 on these types of devices is because the system requirements are a lot lower. You are not going to be able to play big budget first person shooters with reasonable settings on Intel’s integrated GPU, but a game like this is a lot easier to handle. Even on the Enthusiast settings, DOTA 2 is fairly playable on this device, and once again the X1 Carbon edges the XPS 13, continuing on with what was seen in the synthetic tests.

Overall the GPU is right where you would expect it to be. The higher CPU frequencies help feed the GPU, and the slightly higher turbo frequency of the i7-5600U’s GPU allows it to beat out the HD 5500 GPU in the XPS 13 which was tested on the i5-5200U processor.