Due to the market positioning of the ThinkStation P900 as an high level workstation with a Quadro professional graphics card, it makes sense to compare the system with industry-standard benchmarks and the other entry level workstations we have previously tested where possible. Benchmarks in this instance come from SPECviewPerf 11, a well-known multi-software test, SYSMark from BAPCo that is used by several industries for comparison, and Linux-Bench for some more scientific and synthetic analysis. 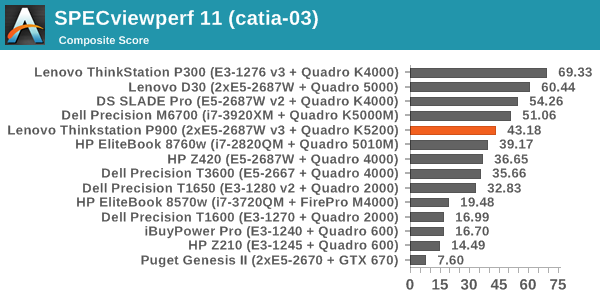 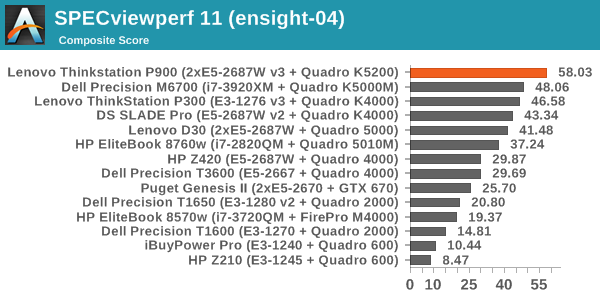 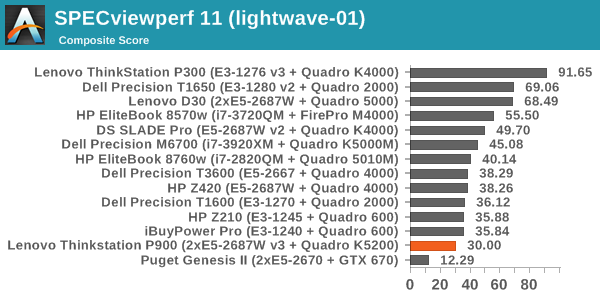 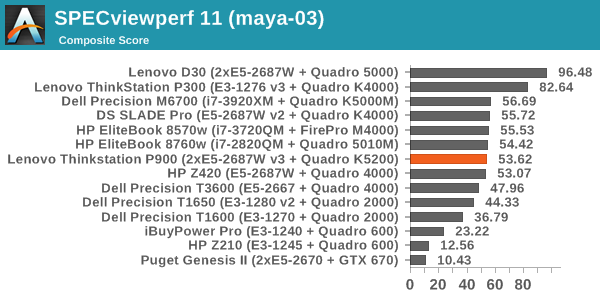 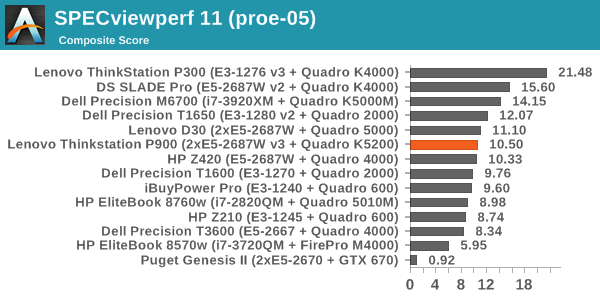 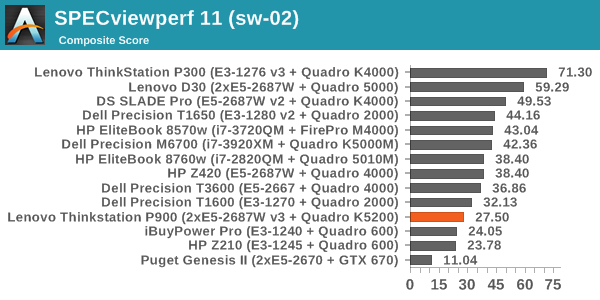 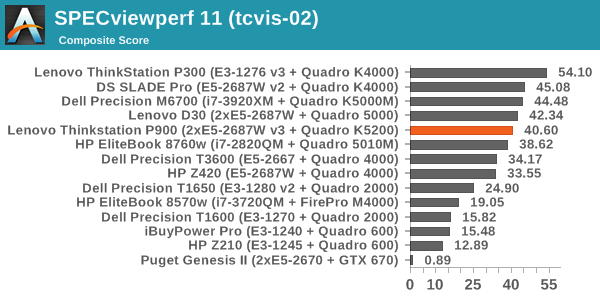 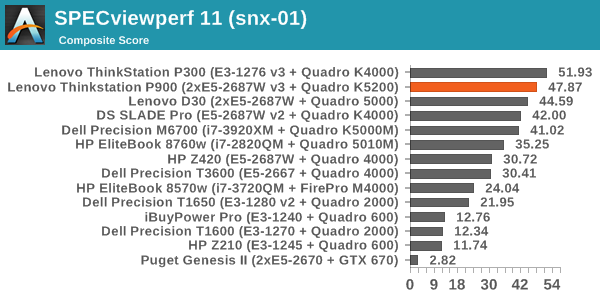 Despite having 20 cores and 40 threads in the mix, as well as the highest Quadro we've tested with SPECviewperf, the P900 has a few issues in these benchmarks. Not only does the software package have to be able to cope with a split memory configuration between the two CPUs (a non-unified memory architecture), but the single threaded performance of the system isn't winning any awards. That being said, the ensight section of the benchmark shows good numbers, as well as a few others. Lightwave does take a hit though. 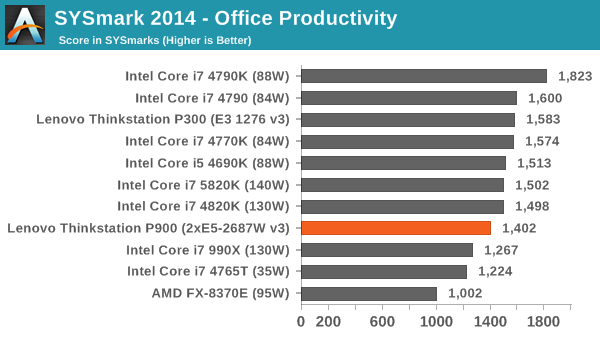 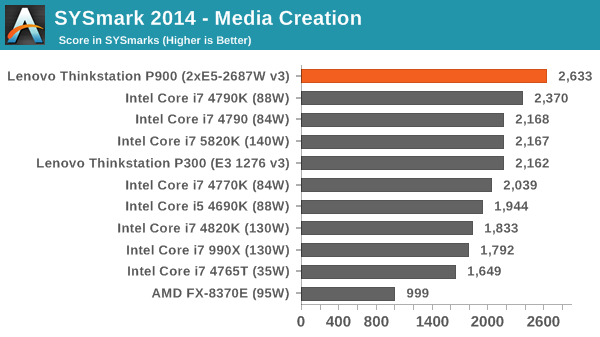 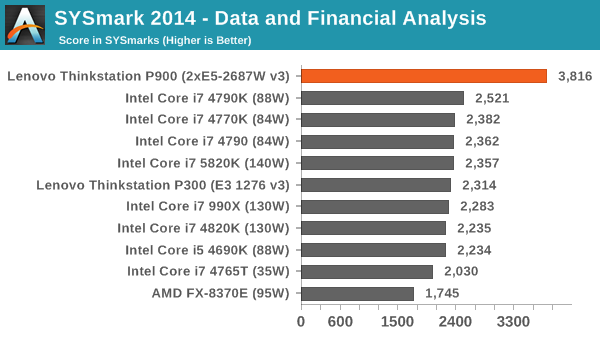 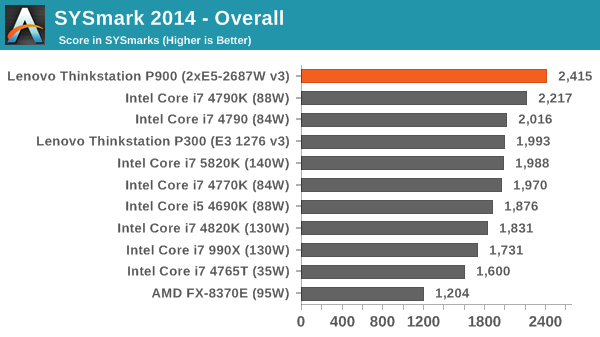 SYSmark focuses on several tests, with the office tests being more single threaded compared to the data and financial analysis. As a result the P900 falls behind on the office section, but steams ahead with multi-threaded tests. The overall score puts the top spot with the P900.