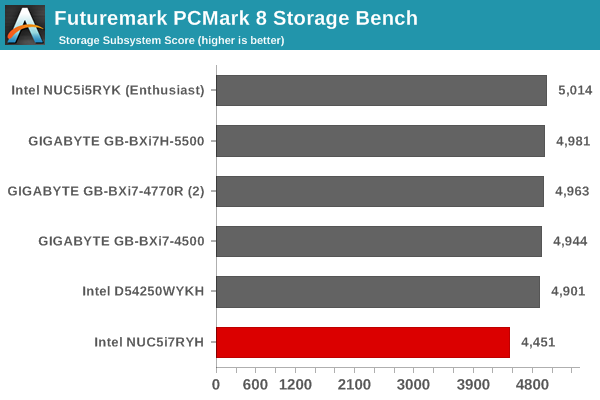 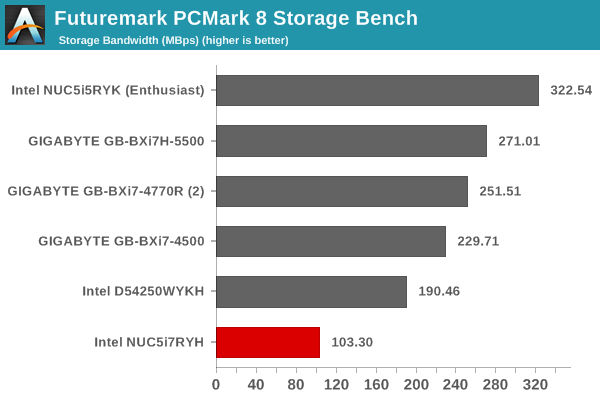 The MZVPV256 is the first NVMe SSD in the M.2 form factor. Given its PCIe 2.0 x4 link (the controller supports PCIe 3.0, but the unit connects to the PCIe 2.0 lanes in the Broadwell-U package) and the advantages of NVMe over AHCI, we expected our configuration to lead the storage charts. Our unexpected results made us run a couple of other artificial benchmarks (reproduced below). 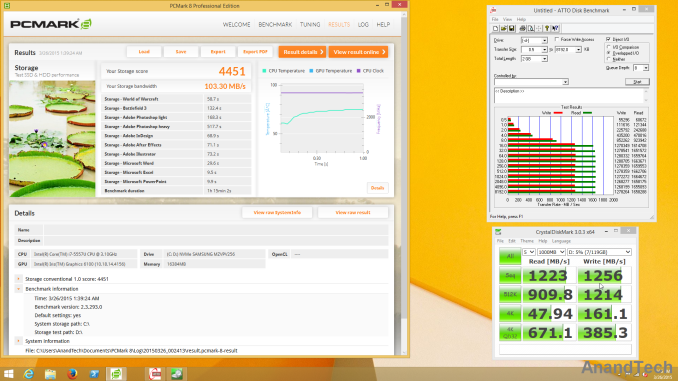 The results from ATTO and CrystalDiskMark matches the specifications (accounting for the downgrade of the host link from PCIe 3.0 to PCIe 2.0). After discussion with Samsung, it turned out that the performance difference was due to the Microsoft NVMe driver creating FUA (Force Unit Access) I/O write commands. These FUA commands bypass the DRAM cache on the SSD and directly write to the flash, increasing the response time and also lowering bandwidth. For the same access traces, this situation does not happen with the Microsoft AHCI driver. 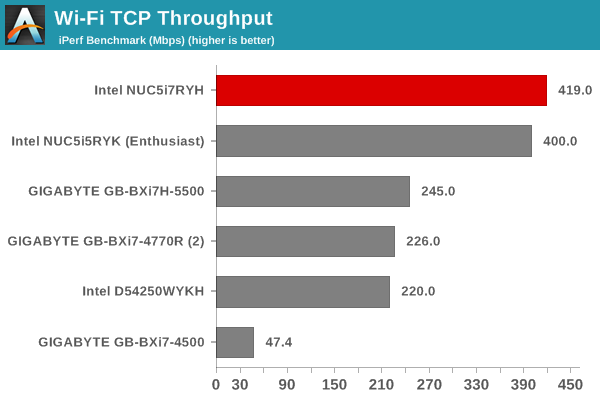 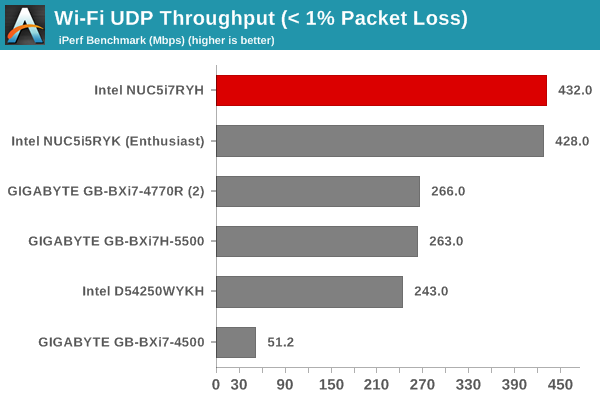 Recent driver updates have enabled the Intel AC726x solutions to perform up to their advertised potential. Users facing issues with them are urged to update their drivers as well as router firmware in order to take advantage of the capabilities. The Broadwell-U NUC (NUC5i5RYK) uses the same Intel AC-7265 2x2 802.11ac soldered M.2 Wi-Fi card as the NUC5i7RYH. So, it is not surprising that the TCP and UDP throughputs are similar for the two systems.