In order to test the Exynos 7420 and the phone in general, we turn to our suite of benchmarks which are able to show how the device performs in common general computing workloads. Something as simple as web browsing is still surprisingly intensive on mobile phones, and in general Android can often be quite stressful to run in the constraints of a ~3W total TDP especially on any phone still running Dalvik due to its strong reliance on bytecode and a virtual machine that translates bytecode to machine code just before and during application runtime. ART improves this significantly, but is limited in the nature of optimization as AOT compilation optimizations are limited by the CPU power of the SoC and the need to compile the application in a reasonable amount of time.

As always, we'll start things off with our browser benchmarks. After getting to use the phone, it became clear to me that Chrome is poorly optimized against the Galaxy S6 as Samsung’s browser is clearly superior in performance. For that reason I've gone ahead and run our benchmarks on both Chrome and on the stock browser, as seen below. 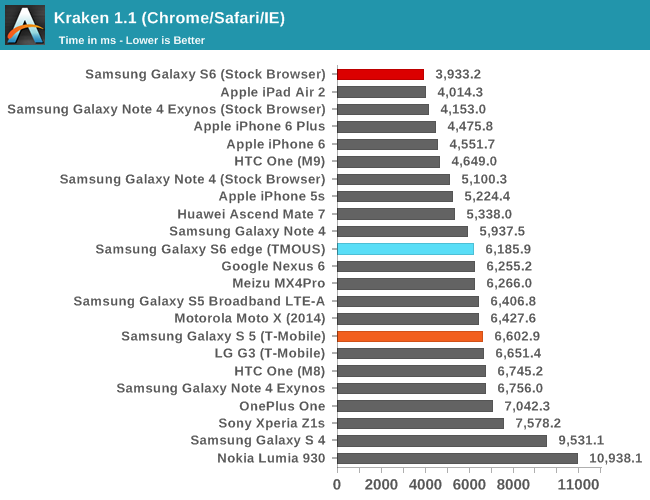 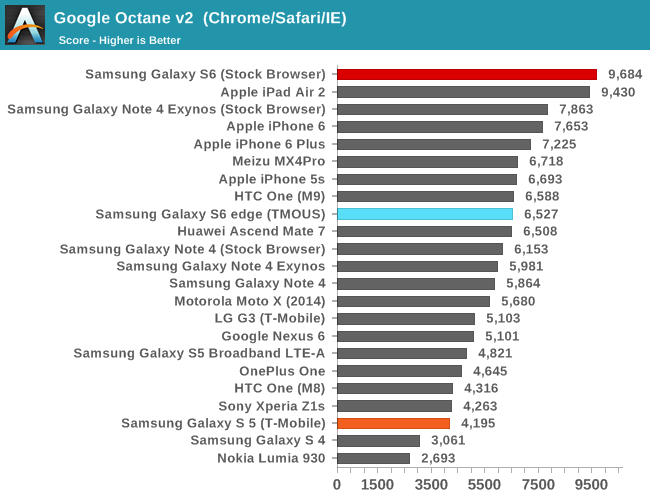 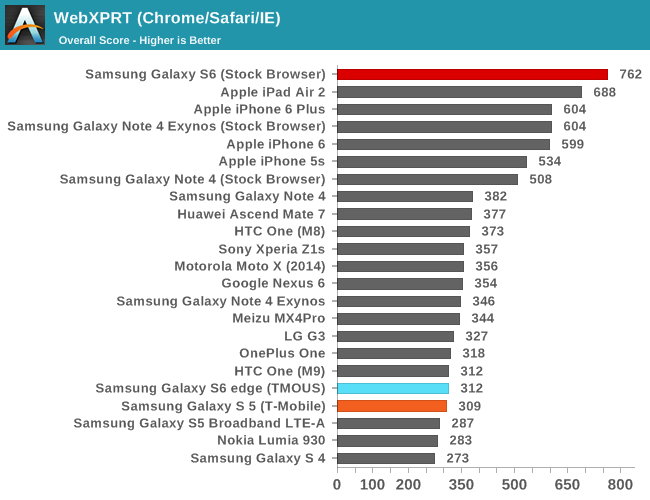 Needless to say, in order to see the full potential of the Exynos 7420 and its cluster of A57s, it’s necessary to use Samsung’s stock browser. This performance is really quite amazing when compared to Apple’s A8X, which has basically been the gold standard for performance in the mobile space in the context of ARM SoCs.

Moving on, as a part of our updates to the benchmark suite for 2015, we'll take a look at Basemark OS II 2.0, which should give a better picture of CPU performance in addition to overall device performance. 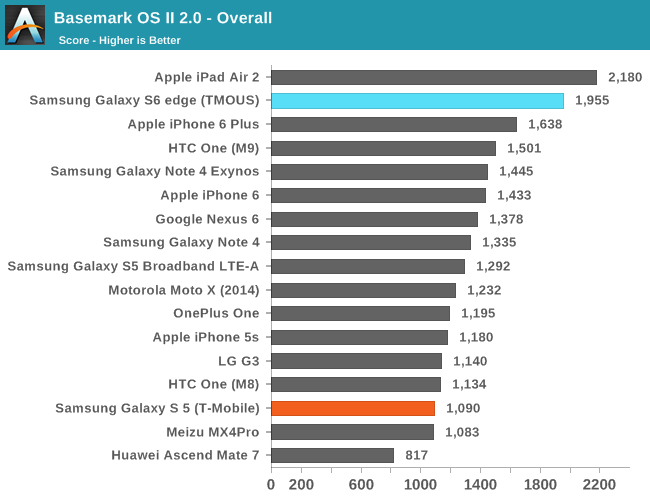 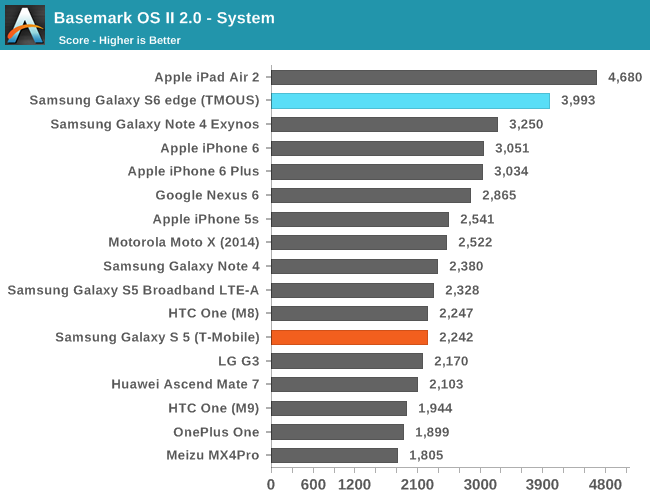 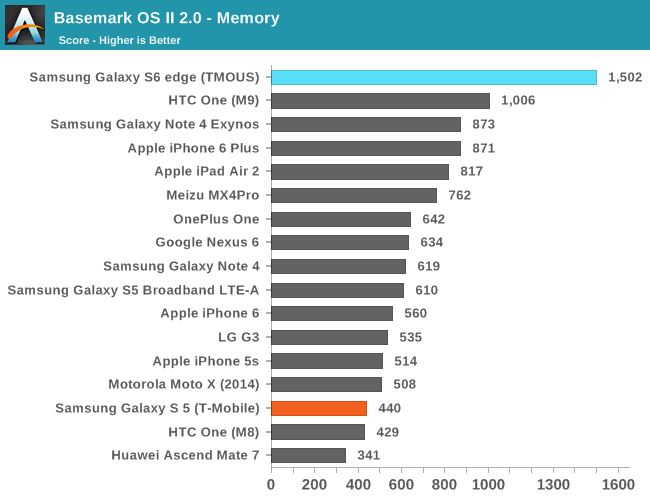 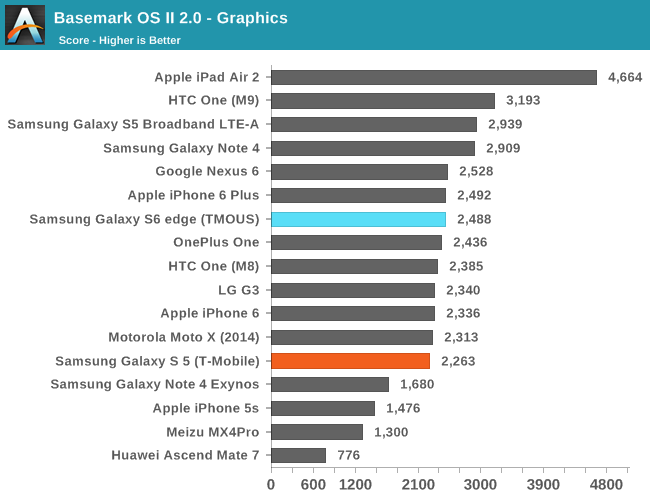 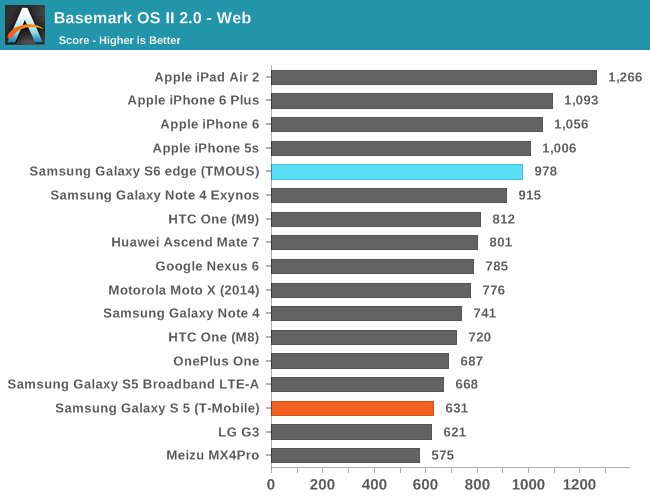 Our next system benchmark is PCMark, which does a number of basic benchmarks designed to stress various aspects of the device in everyday workloads like video playback, web browsing, text editing, and photo editing. This tends to test every aspect of a mobile device, unlike microbenchmarks that can often miss aspects of the system that can affect performance. 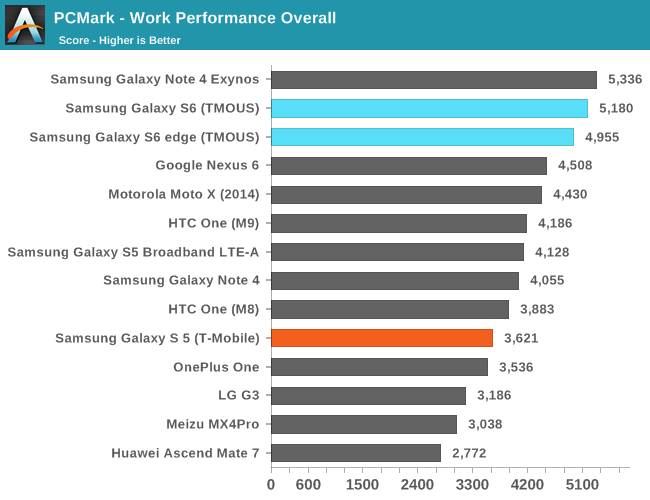 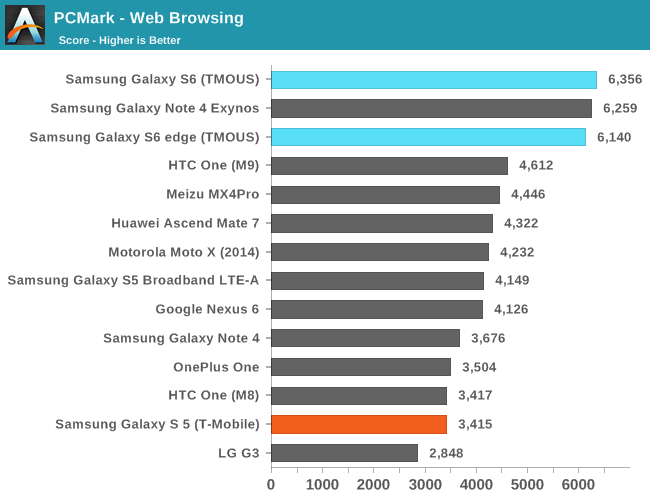 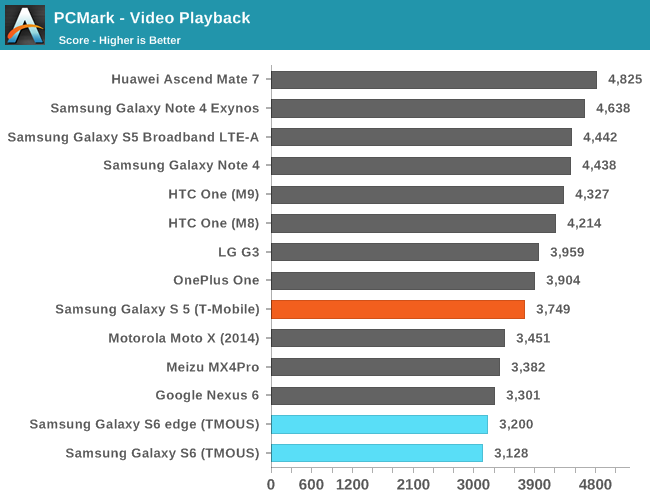 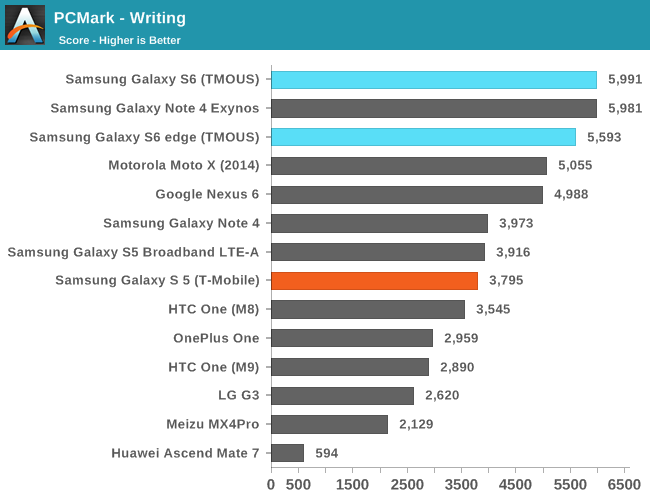 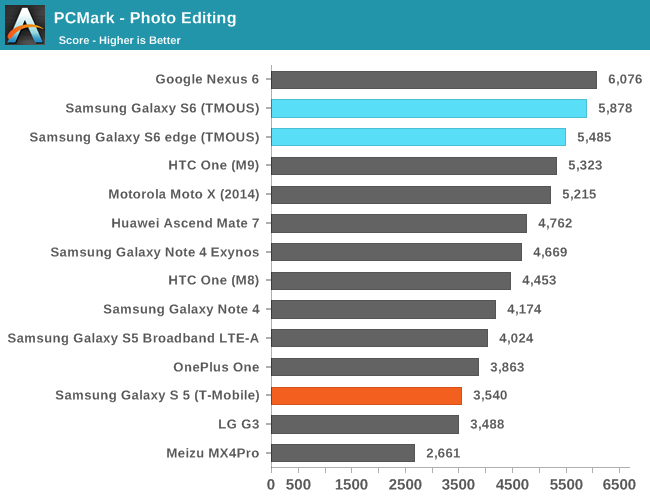 In these tests, the Galaxy S6 continues to perform strongly here due to the fast NAND storage solution and the Exynos 7420 SoC. As we have already covered the Basemark OS II 2.0 results in previous articles, I would refer back to it as those scores are final and have already been contextualized.

Overall, in these general purpose computing tasks that stress CPU, memory, and NAND performance we can see that the Exynos 7420 is off to a flying start. Samsung Mobile should focus more strongly on optimizing the software stack against Chrome as mobile Chrome has around twice the user share of stock Android browsers. I often say that the SoC is the foundation to a good smartphone, and in the case of the Galaxy S6 it feels like this is especially true.