Shifting gears, we have our look at compute performance.

As we outlined earlier, GTX Titan X is not the same kind of compute powerhouse that the original GTX Titan was. Make no mistake, at single precision (FP32) compute tasks it is still a very potent card, which for consumer level workloads is generally all that will matter. But for pro-level double precision (FP64) workloads the new Titan lacks the high FP64 performance of the old one. 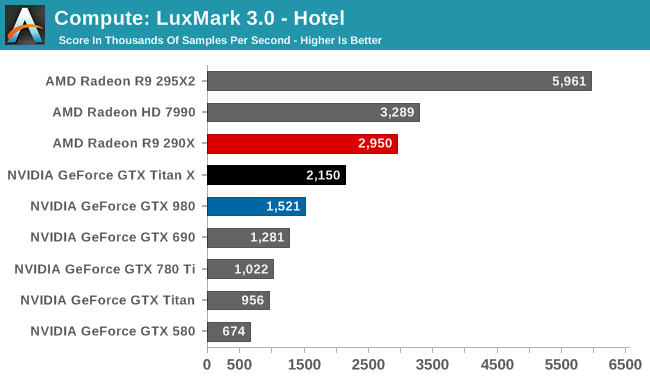 While in LuxMark 2.0 AMD and NVIDIA were fairly close post-Maxwell, the recently released LuxMark 3.0 finds NVIDIA trailing AMD once more. While GTX Titan X sees a better than average 41% performance increase over the GTX 980 (owing to its ability to stay at its max boost clock on this benchmark) it’s not enough to dethrone the Radeon R9 290X. Even though GTX Titan X packs a lot of performance on paper, and can more than deliver it in graphics workloads, as we can see compute workloads are still highly variable. 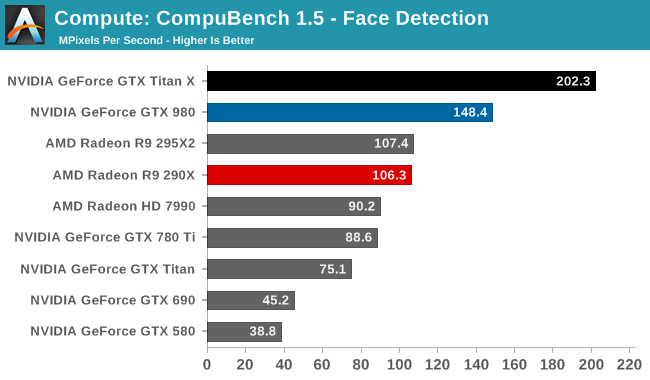 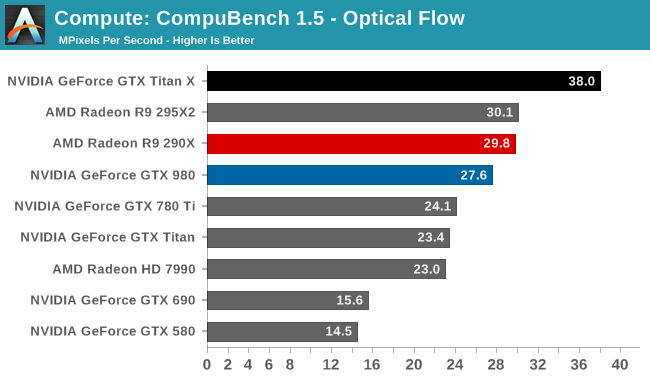 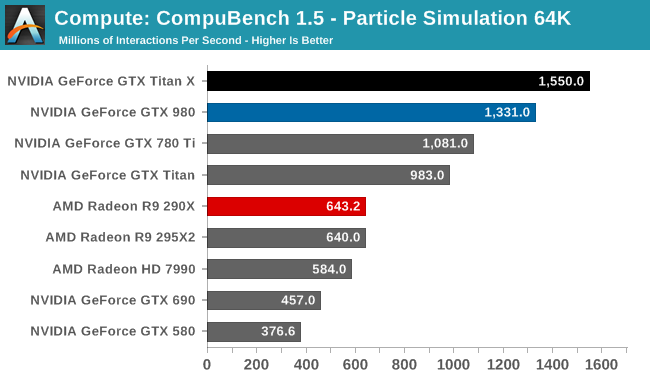 Although GTX Titan X struggled at LuxMark, the same cannot be said for CompuBench. Though the lead varies with the specific sub-benchmark, in every case the latest Titan comes out on top. Face detection in particular shows some massive gains, with GTX Titan X more than doubling the GK110 based GTX 780 Ti's performance. 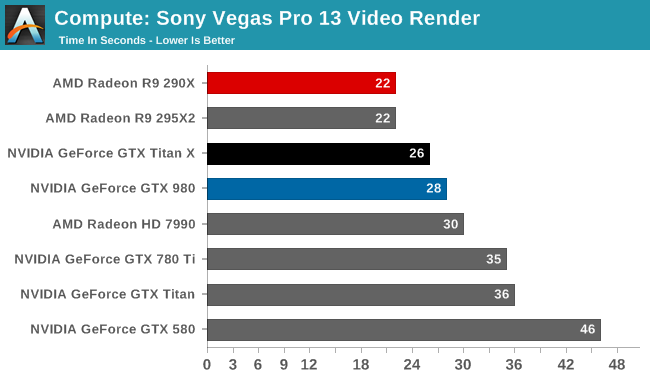 Traditionally a benchmark that favors AMD, GTX Titan X closes the gap some. But it's still not enough to surpass the R9 290X. 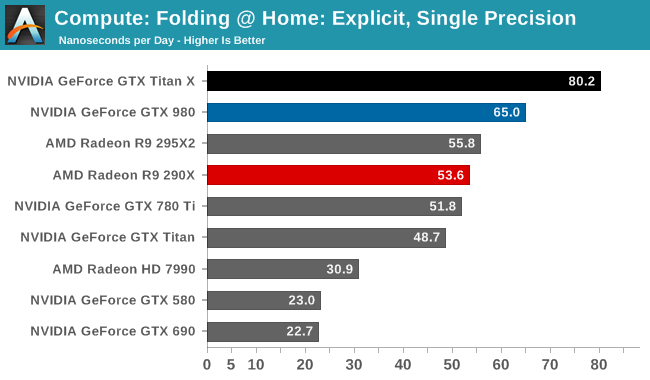 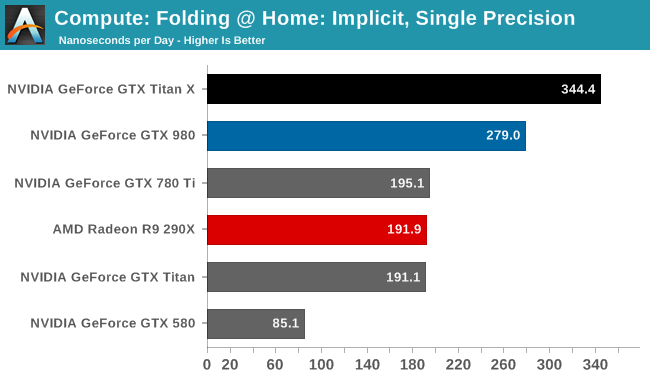 Folding @ Home’s single precision tests reiterate just how powerful GTX Titan X can be at FP32 workloads, even if it’s ostensibly a graphics GPU. With a 50-75% lead over the GTX 780 Ti, the GTX Titan X showcases some of the remarkable efficiency improvements that the Maxwell GPU architecture can offer in compute scenarios, and in the process shoots well past the AMD Radeon cards. 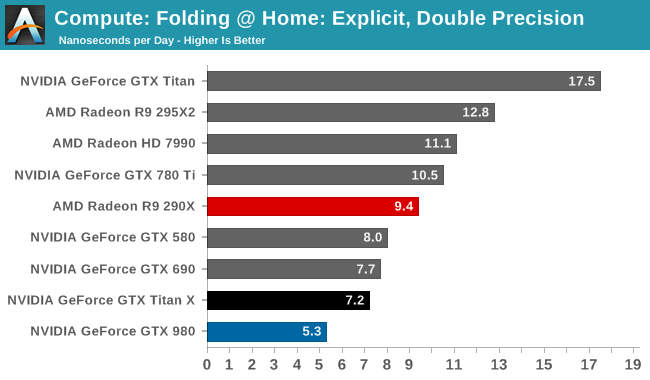 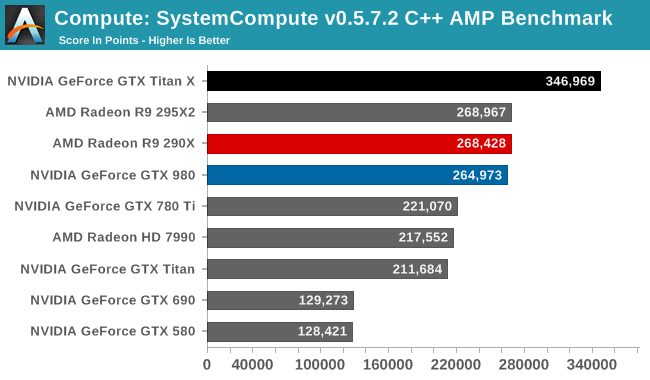 Overall then the new GTX Titan X can still be a force to be reckoned with in compute scenarios, but only when the workloads are FP32. Users accustomed to the original GTX Titan’s FP64 performance on the other hand will find that this is a very different card, one that doesn’t live up to the same standards.