While the hardware gets all of the attention, the biggest selling point of the entire All-in-Wonder line is its software. ATI's Multimedia Center (MMC) has come a very long way since the original All-in-Wonder cards and even since the AIW Radeon; this is definitely a good thing. The MMC consists of the following applications: a TV, DVD/VCD/CD/File player, Gemstar's Guide+ electronic programming guide (EPG) software, and ATI's file library for storing/categorizing all of your captured videos. The DVD/VCD/CD/File player is nothing special; its name already describes its purpose in the greatest detail so we won't focus our attention on it, instead we'll cover the three most important applications - the TV, Guide+ and Library apps. 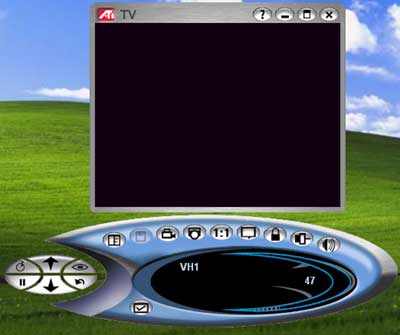 ATI's TV application is by far the best out of the three compared here today (vs. Matrox's PC-VCR and NVIDIA's WinDVR) for a number of reasons. For starters, the application is almost completely controllable using the remote control. The only limitation being that there's no way of launching the Guide+ (EPG) application from the remote control which is a huge disappointment considering it is one of the most useful features of the software bundle.

A feature we introduced you to last November was the ability to set the transparency level of the TV window so you can have it non-intrusively running while you're browsing the web, reading the forums, or doing just about anything else with your PC. 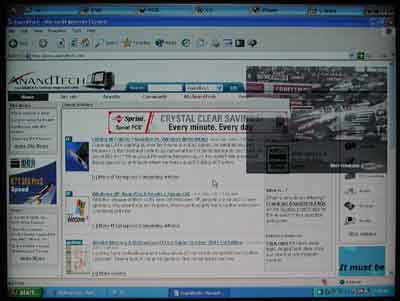 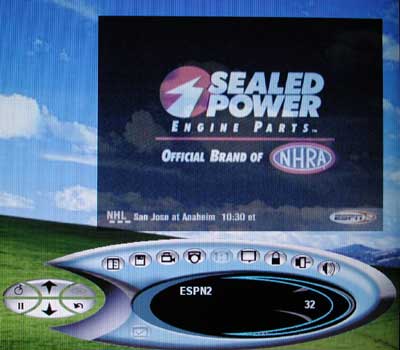 Of course if you're not a fan of the transparency then you can go back to opaque mode and you'll be good to go.

Courtesy of the extremely fast silicon tuner on the card switching channels is performed faster than on any TV. If you type in the channel numbers from your keyboard it almost feels like it switches channels before you even finish entering in the two digit channel number. If you haven't gotten the hint by now, it's extremely fast.

The bar with the red dots right above the time is used to FF/Rewind.

The method in which time shifting works makes the TV application just as good as a Tivo or ReplayTV in its ability to pause/navigate through live TV. Once you hit the time shifting button it immediately begins working without any delay, this is much better than the 5 second delay the Matrox Marvel G450 eTV gave us and even better than the 10 second delay we ran into with the Personal Cinema. Of course time shifting won't be instantaneous if you don't have a nicely defragmented hard drive but it doesn't take anything incredibly fast to do the job, we used Maxtor's D740X drive which isn't the fastest ATA drive out there but it does a good job as a 7500RPM unit.

While time shifting a slider is present in the application that lets you fast forward or rewind time shifted material at up to 16x normal playback speed. The further you pull the slider the faster it will rewind/fast forward working much like a jog dial on video equipment. The whole process feels very natural and it's obvious that ATI spent a great deal of time on their software instead of just licensing a generic ready-made solution.