The Future of the PC

With this IDF Intel has started a new commitment to the industry; every IDF, Intel will provide a concept PC that is designed to represent the future of computing. At the show Intel had their new concept platform for release in the second half of 2003. 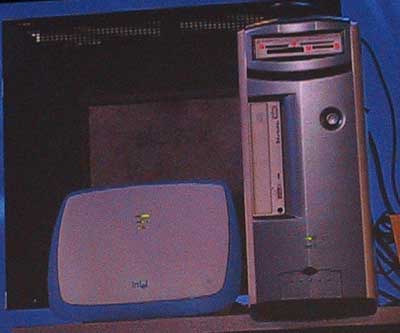 The platform is called Lecta and some of the technology that went into it is actually quite impressive. 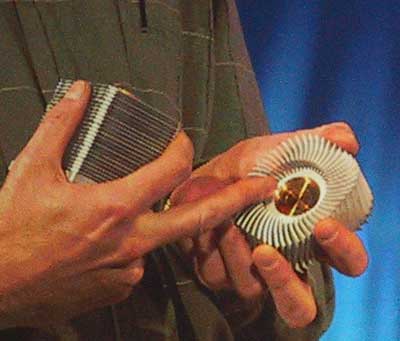 Intel showed off a new heatsink designed to improve cooling efficiency. The fins at the base of the heatsink are slightly bent to allow for the maximization of air flow efficiency over the surface area. The core of the heatsink is made of copper and Intel even went one step further to offer a similar design with a greater fin density and heat pipes in the center of the heatsink instead of a solid copper block.

The fan used with this heatsink is designed to bring in air from the sides instead of the top like most conventional fans. Engineers at Intel's Labs have apparently found this to be more effective in cooling with their new heatsink. 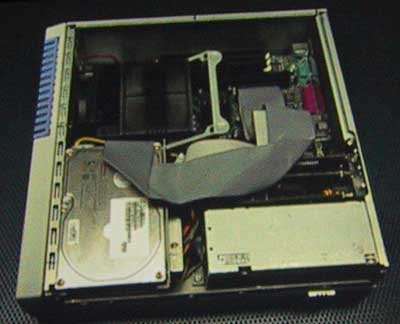 The Lecta platform also did some rearranging of the internals, with the CPU placed near the front of the chassis in order to receive the coolest intake air before anything else. Because of the small form factor, the internals of Lecta look very much like the inside of the Xbox with obvious changes. 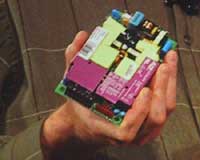 Moving forward, it will become necessary to have very powerful PSUs present in very small spaces. Intel demonstrated another power supply technology which supposedly has 3x the power per cubic inch of current power supplies. There wasn't any more information given about the unit. 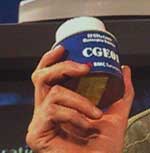 The final point made about Lecta was that reducing and controlling EMI will become an issue going forward as the concept design requires some very large vents at the back of the chassis. Large vents translates into avenues for EMI to escape thus making FCC certification a nightmare. Intel provided some guidelines for reducing EMI and even introduced their frequency/EMI generator which is capable of simulating the EMI generated by processors operating at up to 8GHz in frequency to make today's designs future-ready.