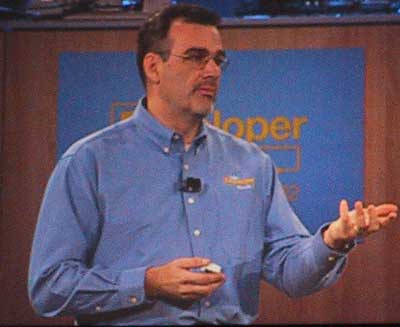 We asked for it and we got it; yesterday we criticized Intel for not featuring the types of demonstrations we're used to seeing at IDF. Today, during Louis Burns' keynote Intel showed off a 4GHz Pentium 4. 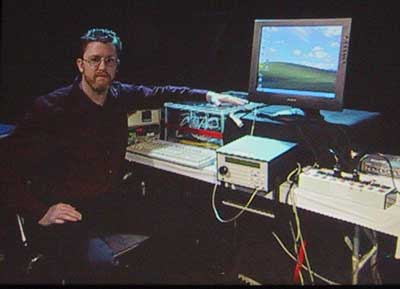 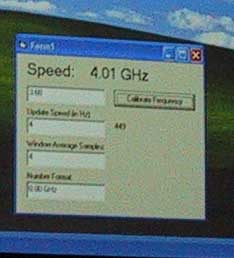 Unfortunately the demo wasn't as impressive as we had hoped since it was a liquid cooled processor running nothing more than a frequency display utility. While not as impressive as yesterday's Hammer demonstration, Intel's forte has always been the ability to get complex circuits to run at very high speeds and today that's exactly what we saw today.

Today's keynote was a bit more up the AnandTech ally as there was a strong focus on silicon as well as the standards that we all encounter on a day to day basis. There was a lot of talk about the next core to use the NetBurst architecture, 3GIO, and one of the next-generation form factor standards.