Due to the market positioning of the ThinkStation P300 as an entry level workstation with a Quadro professional graphics card, it makes sense to compare the system with industry-standard benchmarks and the other entry level workstations we have previously tested where possible. Benchmarks in this instance come from SPECviewPerf 11, a well-known multi-software test, SYSMark from BAPCo that is used by several industries for comparison, and Linux-Bench for some more scientific and synthetic analysis. 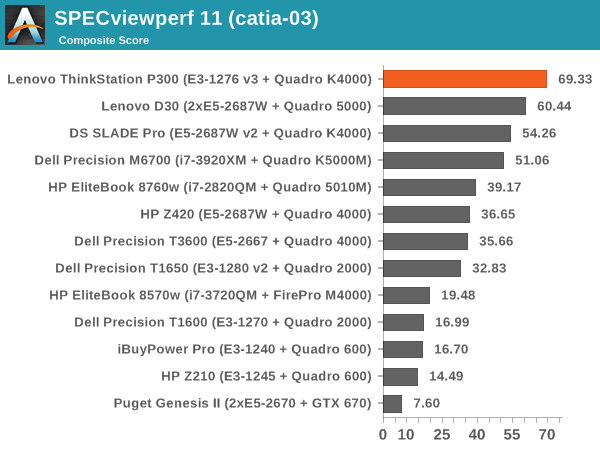 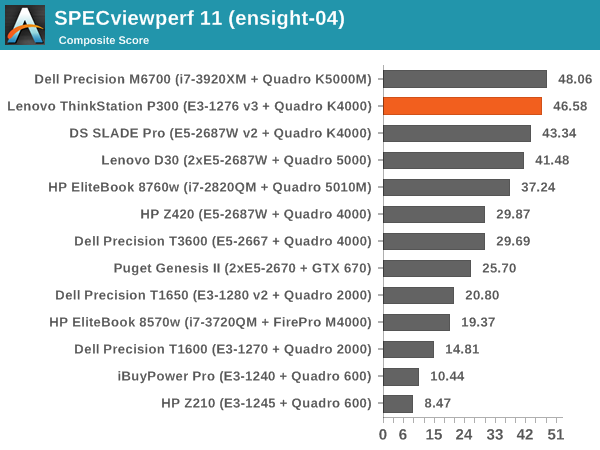 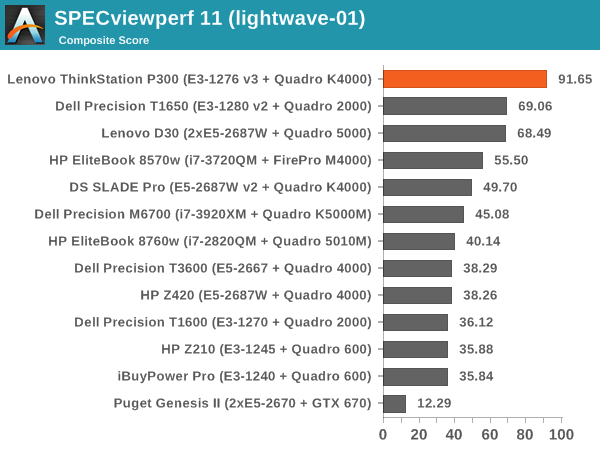 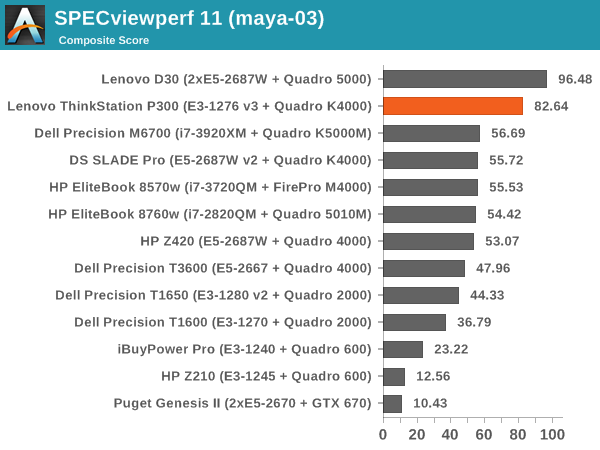 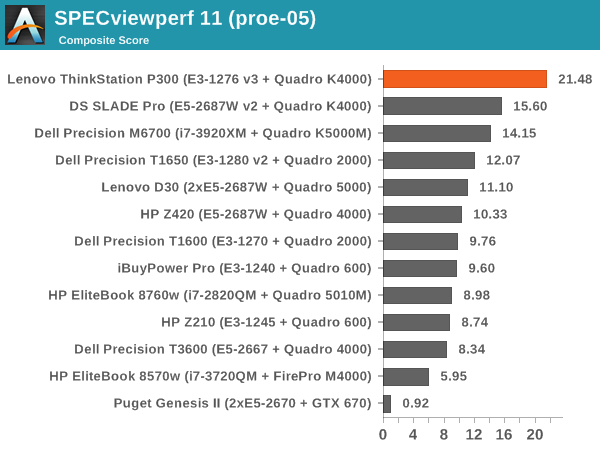 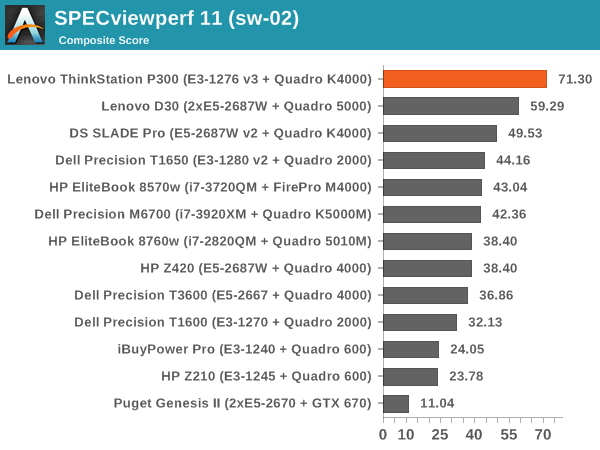 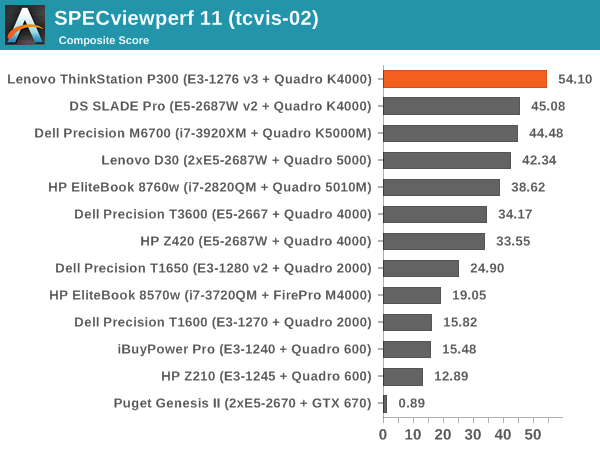 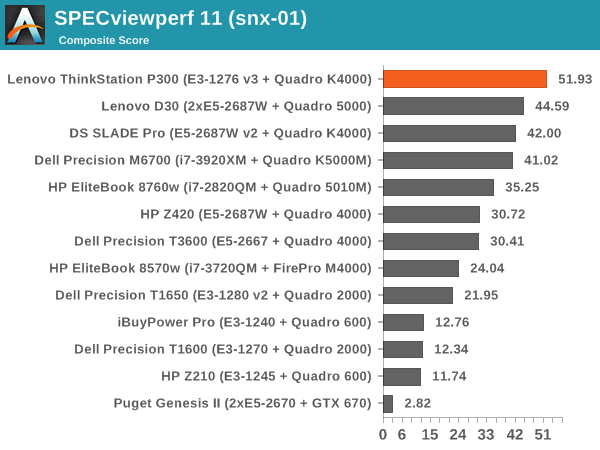 SPECviewperf performance for the P300 is great across the board. 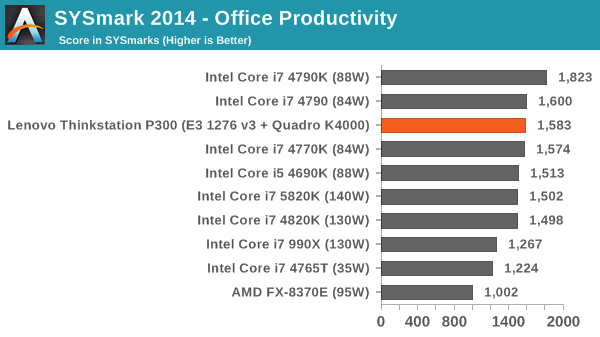 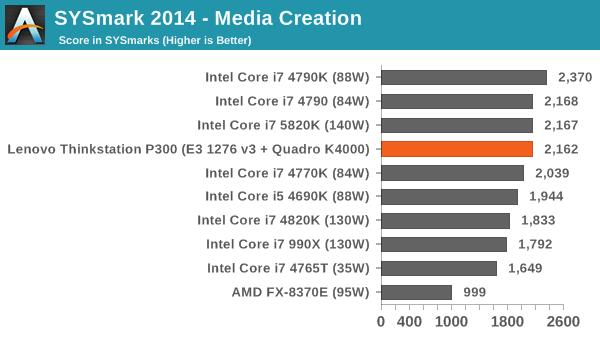 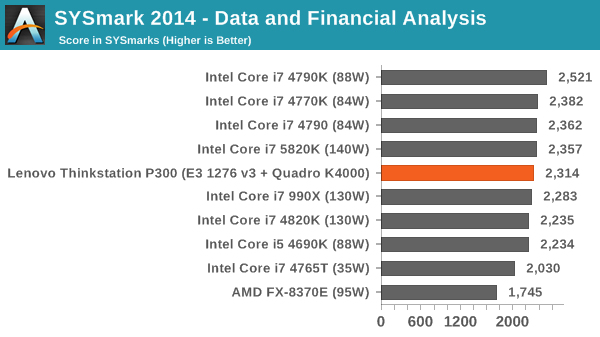 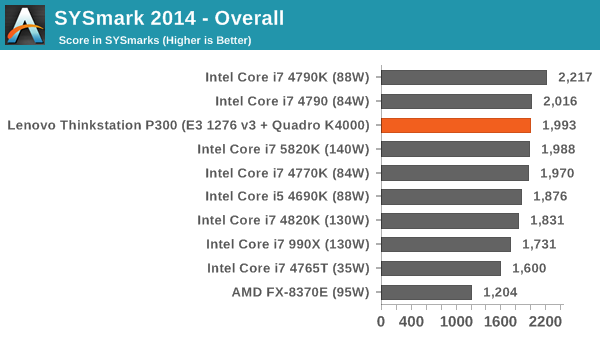