Power consumption was tested on the system at the wall. This method of power reading allows us to compare the power management of the UEFI and the board to supply components with power under load, and includes typical PSU losses due to efficiency. These are the real world values that consumers may expect from a typical system (minus the monitor). 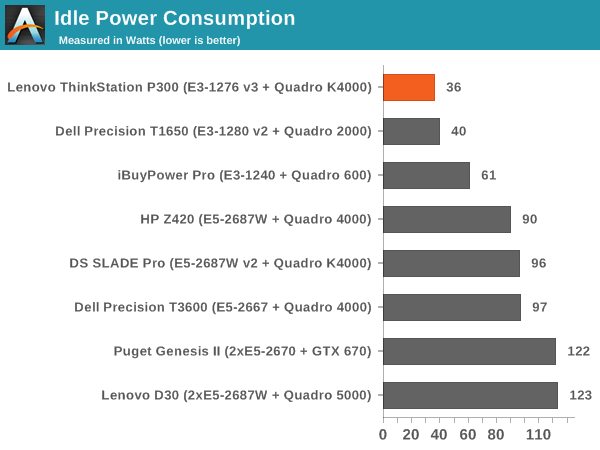 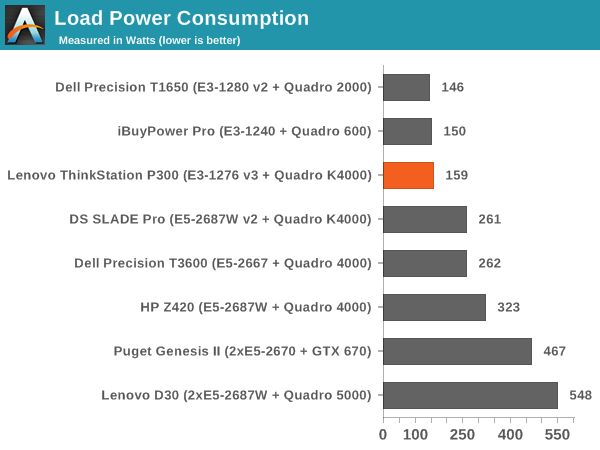 Power consumption on the P300 was pretty amazing due to the very efficient power supply used. 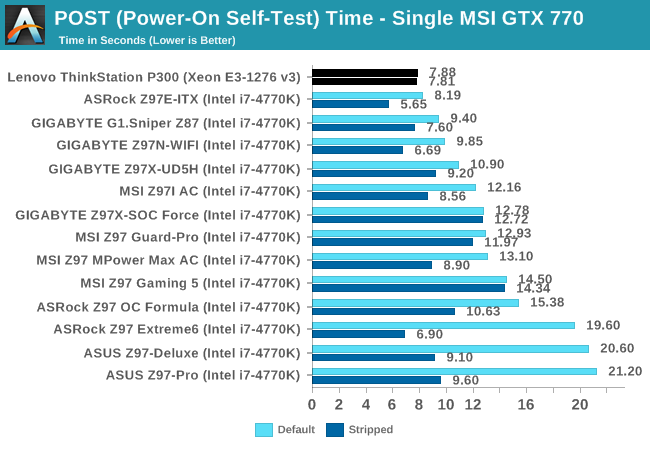 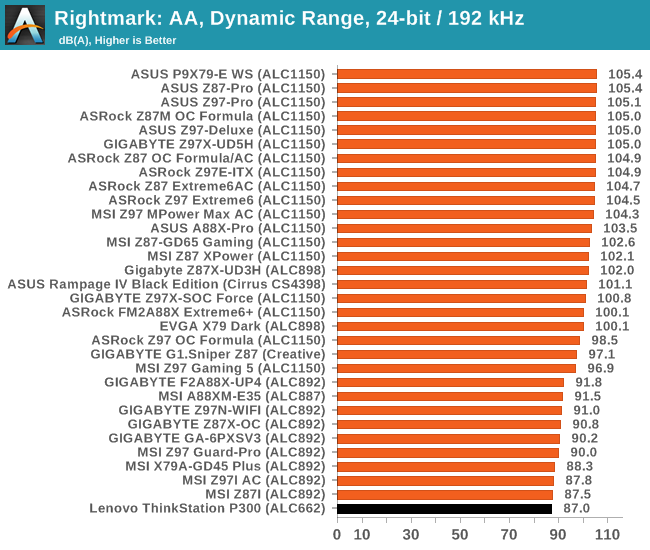 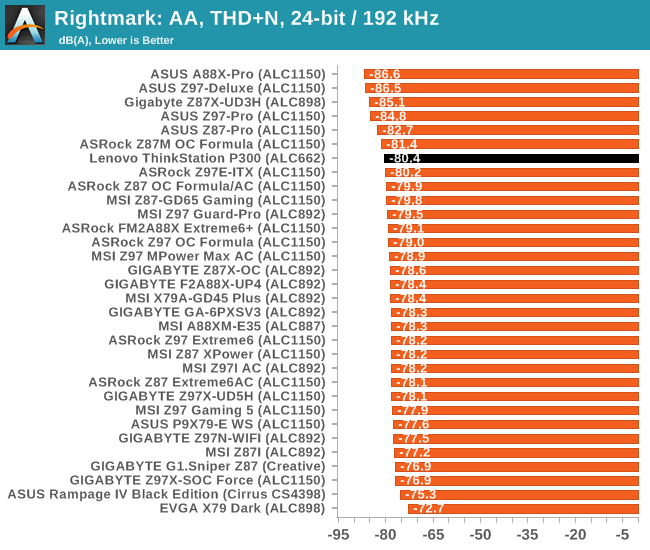 Unfortunately the audio performance for SNR was rock bottom due to the laptop-class codec used. THD+N was reasonable, although just above the median. 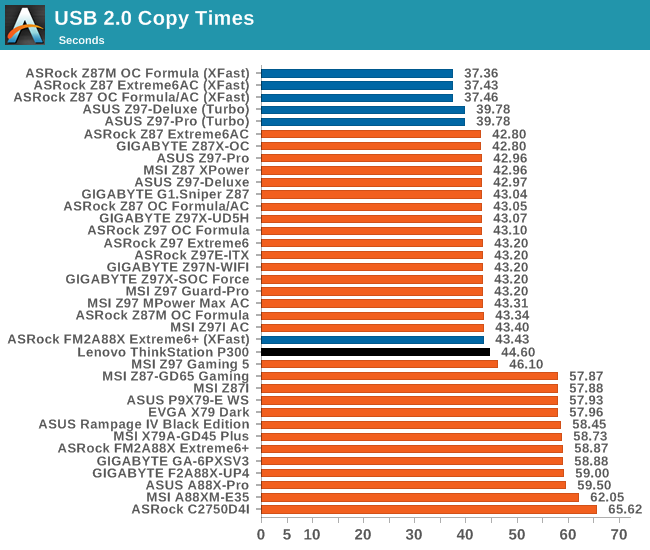 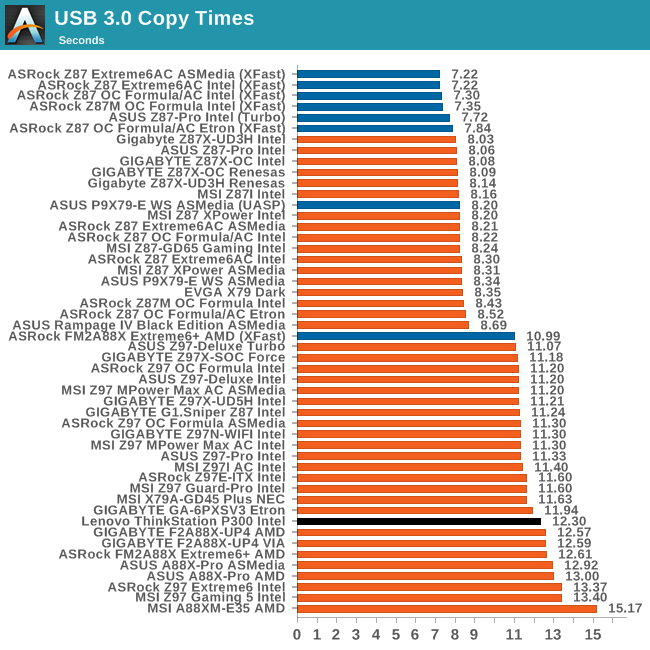 USB Performance seemed to lag behind the other motherboards that also accept Haswell CPUs. 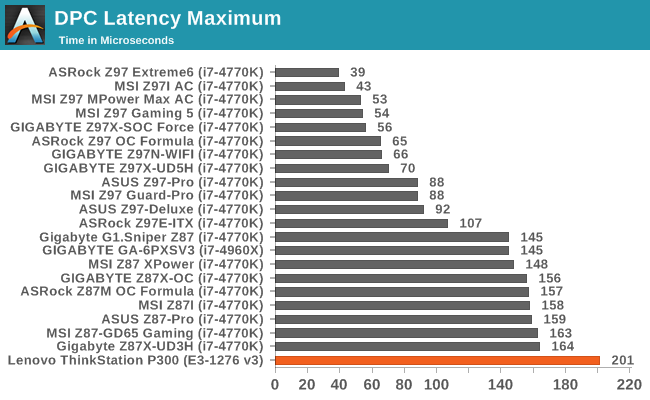 DPC Latency for the system was also relatively poor. Intel's 9-series made us rethink the milestone in terms of a good level of performance from 200 microseconds to 100 microseconds. The P300 hits the old target rather than the new one.