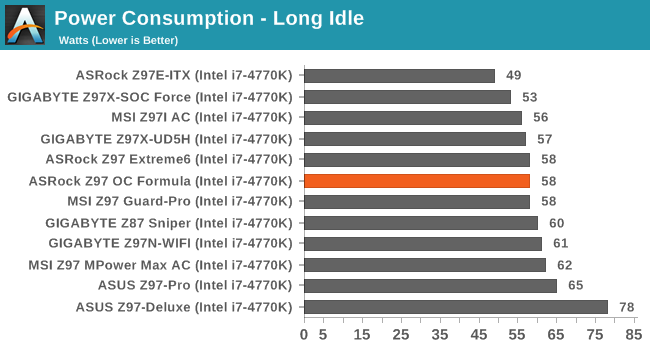 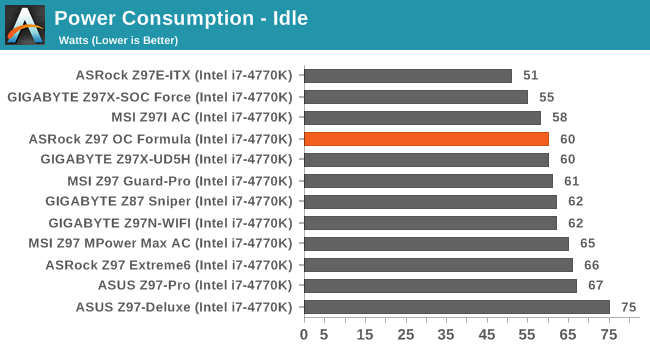 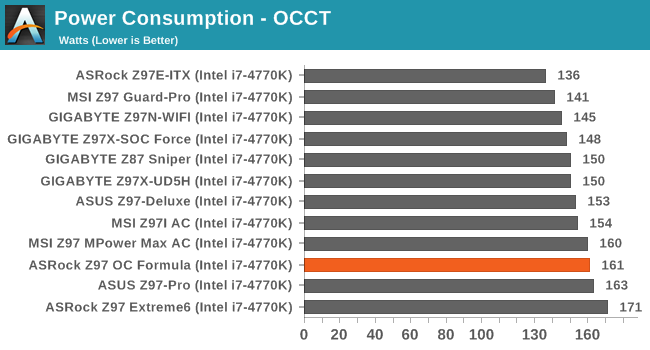 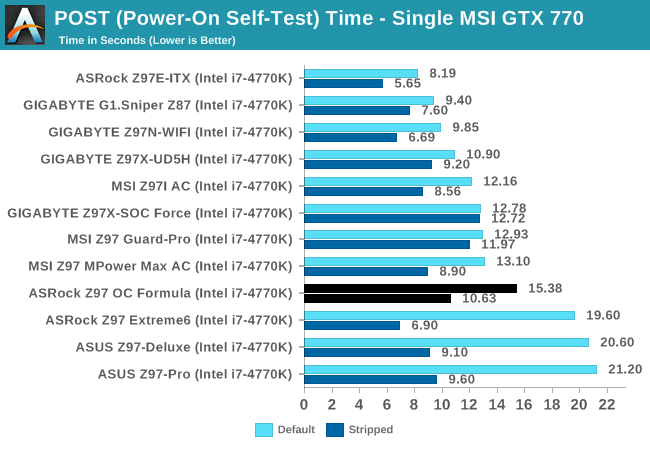 15 seconds is relatively slow for a POST time, although when stripped we get closer to 11 seconds indicating that the ASMedia controllers are doing some damage. One thing we have not looked at before is how ASMedia and other controllers compare to each other for POST time – I imagine there might be a cost element involved as well. 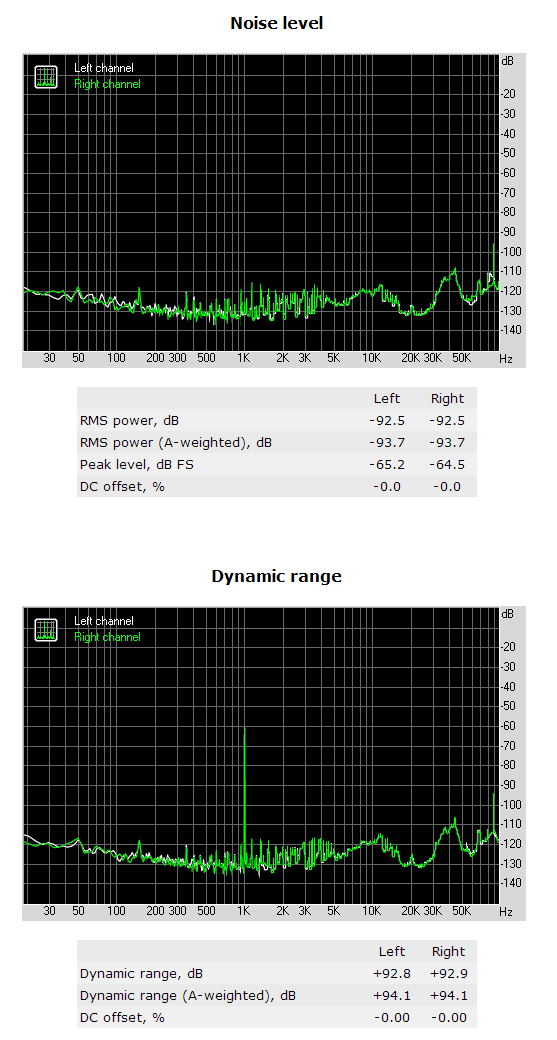 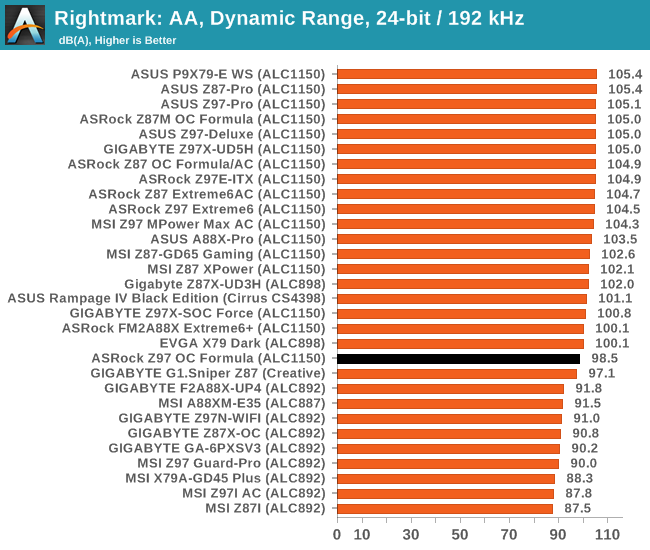 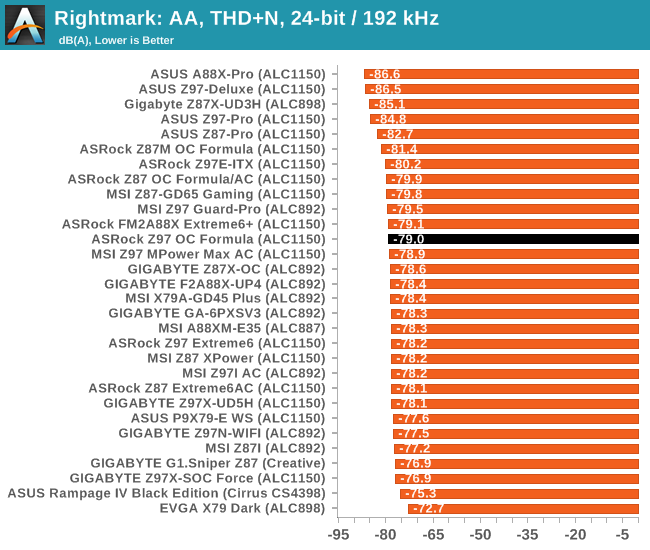 Audio performance is surprisingly low for an ALC1150 based motherboard. It would seem that around the 10 kHz and 30-50 kHz ranges this setup does not perform that well. 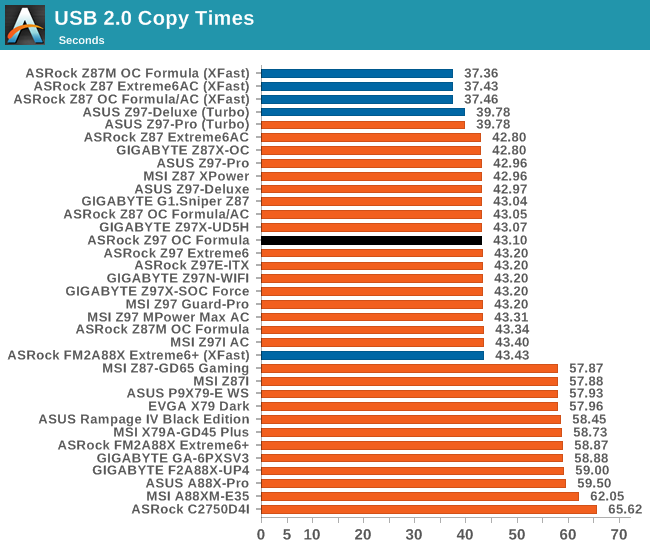 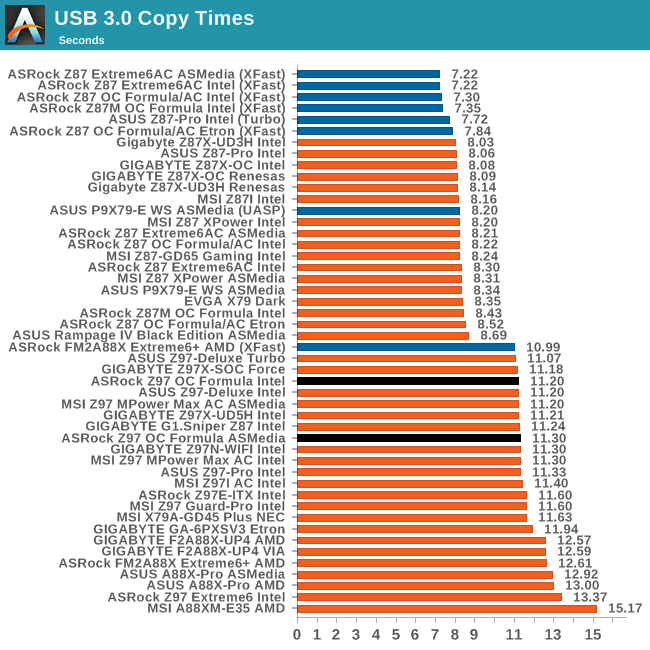 USB performance is in the top half of the pack, with the ASMedia USB hub doing reasonably well. 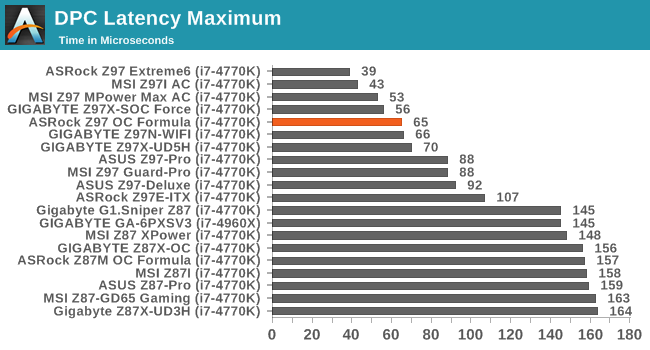 DPC Latency continues to be a positive point for Z97, with the OC Formula achieving 65 microseconds at peak.