Now that we have a good idea of what the A8 SoC looks like, we can talk about performance. While we covered this in the preliminary article, it’s worth going over again. For those that are unfamiliar with our test suite the CPU-based tests are mostly browser-based benchmarks. Once again, although I’m not quite happy with the state of benchmarking things we’re getting close to a more platform-agnostic solution. 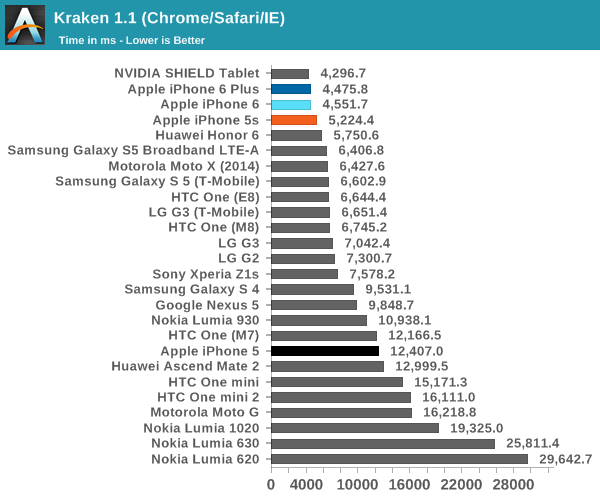 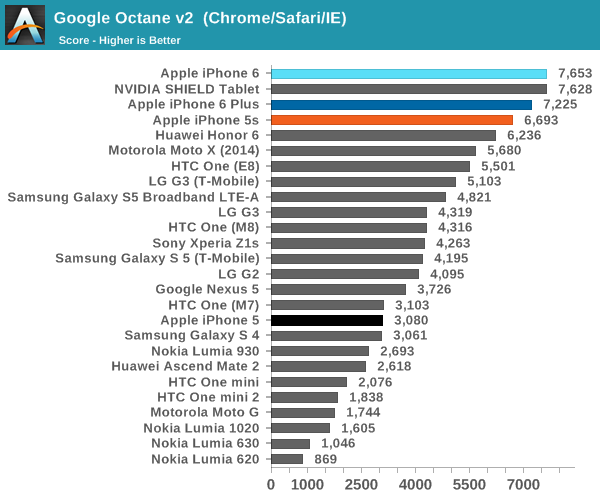 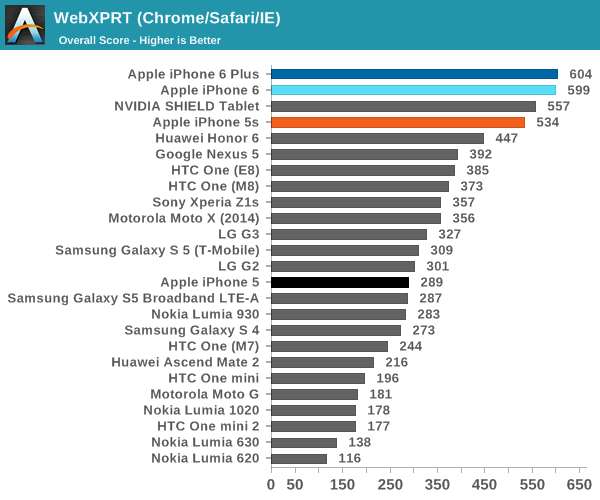 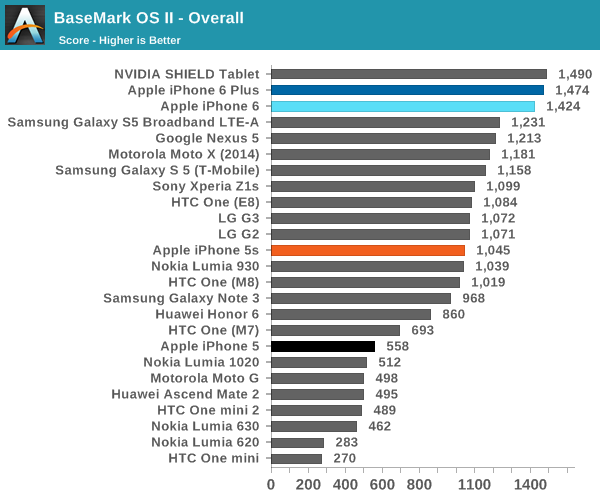 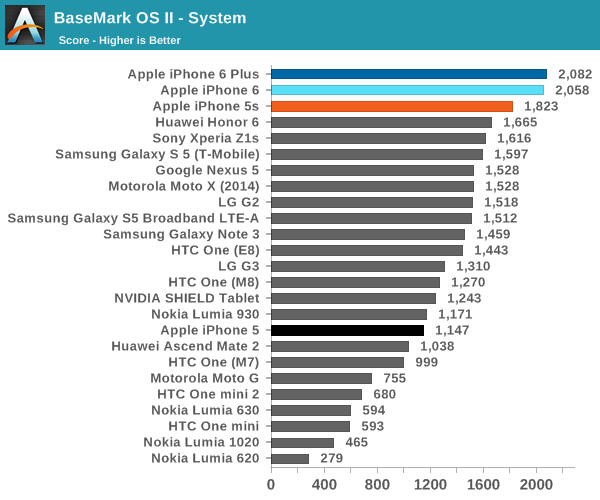 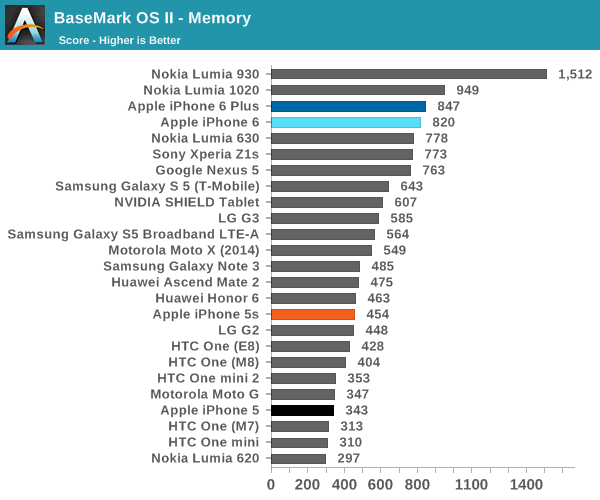 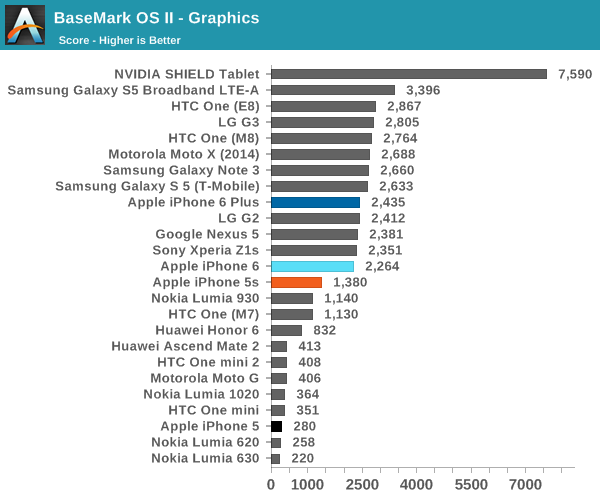 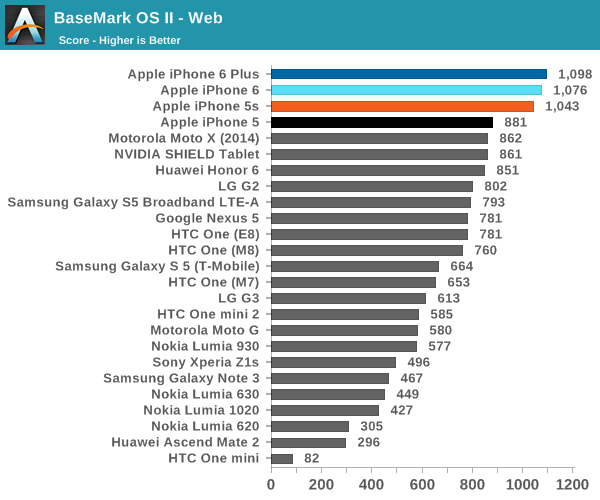 For the most part, the A8 SoC performs admirably despite the relatively low (1.38 GHz) frequency and half the cores when compared to competing SoCs. It seems that this is mostly building upon the lead that A7's Cyclone CPUs began. It remains to be seen if other SoC manufacturers will catch up in their CPU architecture at one point or another (NVIDIA's Project Denver in particular is interesting), but for now Apple seems to be quite far in the lead in CPU performance.