Motherboards in 2002: Preview from Comdex 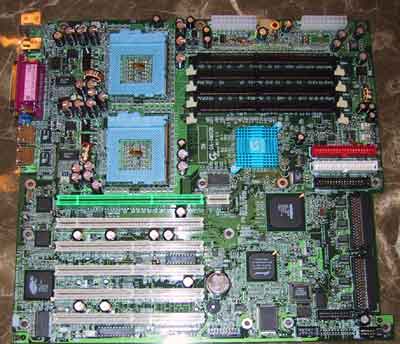 Things started to get very interesting when we saw the GA-6MXDR, which is equipped with the Micron Copperhead chipset. 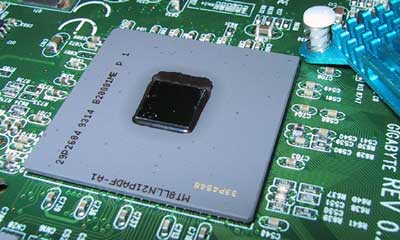 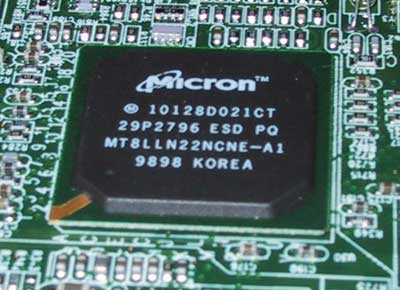 You may remember the Micron Copperhead from over two years ago when it was destined to be one of the first chipsets to introduce the world to DDR SDRAM. Unfortunately delay after delay pushed the Copperhead back, and Gigabyte indicated to us that because the chipset is so incredibly late they will not mass produce this board. There is little demand for a high-bandwidth dual Pentium III solution since we already know that the Pentium III cannot take advantage of the extra memory bandwidth courtesy of its shared 133MHz FSB. 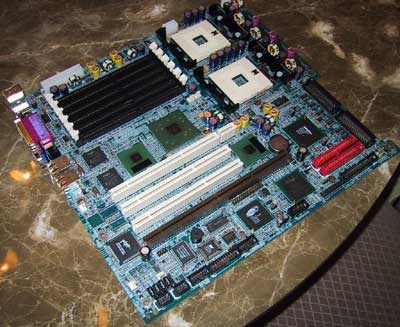 And finally, the most interesting board we came across was the GA-8IPXDR. The board uses the upcoming Intel Plumas chipset and is equipped with two Socket-603 interfaces for the Intel Xeon including the Prestonia (0.13-micron Xeon). 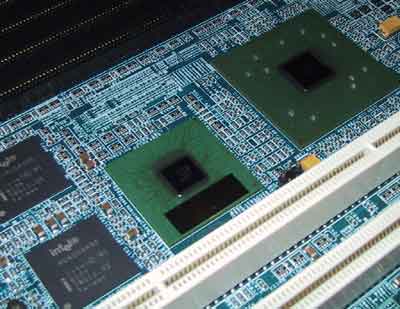 The Intel Plumas MCH features a dual channel DDR memory interface, meaning that 64-bit DDR SDRAM DIMMs must be installed in pairs on this board. The chipset only supports DDR200 however that could change between now and its release. Even with support for only DDR200 SDRAM the dual channel memory controller gives it 3.2GB/s which is equal to what a dual channel RDRAM memory controller would offer. The below diagram illustrates the various parts of a Plumas motherboard: