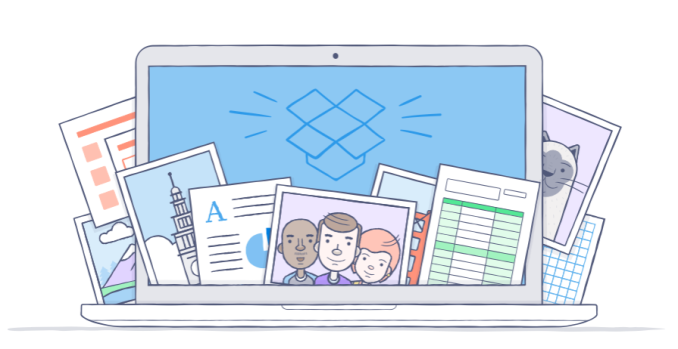 Dropbox was one of the first of the major cloud file storage and sharing services that still exist today. But since its inception, there has been increasing competition from other companies. One way that these companies have competed is on their features for creation and collaboration. Microsoft offers Office, and Google offers Docs, Sheets, and Slides. Another area of competition has been with pricing and storage. All these services offer their user a certain amount of free storage, with options to pay a monthly or annual fee to upgrade to a larger amount. For quite some time now there has been a disparity between the price per gigabyte of storage on Dropbox and the price on Microsoft OneDrive and Google Drive. Microsoft offers 1TB (defined as 1024GB) of storage plus a Microsoft Office subscription for a fee of $6.99 per month for a single user, or $9.99 per month for a family of up to five people to share plus 5 Microsoft Office installs. Google Drive also offers 1TB (defined as 1000GB) for $9.99 per month. Until today Dropbox Pro offered only 100GB to subscribers paying $9.99 per month, but with this update Dropbox is bringing their pricing in line with the competition and giving Dropbox Pro users 1TB (defined as 1000GB) of storage. This 1TB tier is now the only plan for Dropbox Pro, and I personally think some users would have appreciated a less expensive plan that maintained the old 100GB of space.

The enhancements to Dropbox Pro also include new features on top of the greatly increased storage. Dropbox Pro users now have access to new sharing controls like passwords on shared links, shared links that expire after a certain amount of time, and view-only permissions on shared folders. A new remote wipe feature has also been created to be used in the event that a device is lost or stolen.

It looks like competition in the cloud storage space is really paying off for users. With Dropbox, Microsoft OneDrive, and Google Drive all adopting essentially the same pricing it's now up to Apple to deliver their new iCloud pricing and replace their current price of $100 per year for a measly 50GB of storage.