We measured the memory bandwidth in Linux. The binary was compiled with the Open64 compiler 5.0 (Opencc). It is a multi-threaded, OpenMP based, 64-bit binary. The following compiler switches were used:

To keep things simple, we only report the Triad sub-benchmark of our OpenMP enabled Stream benchmark. 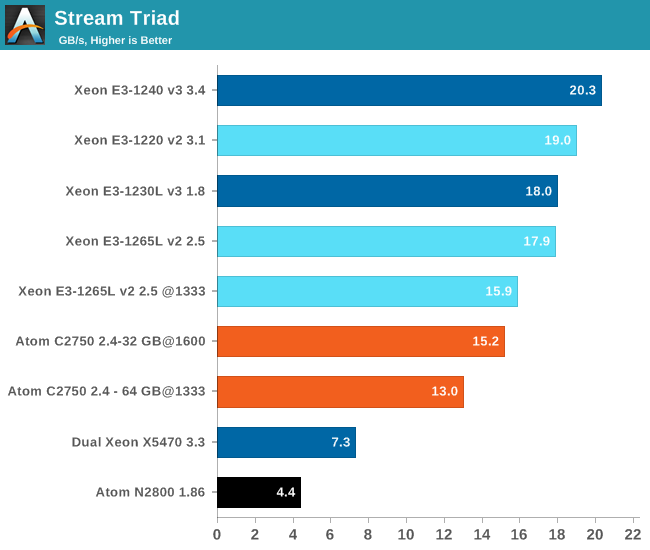 First of all, we should note that the clock speed of the CPU has very little influence on the Stream score. Notice the small difference (12.7%) between the Xeon E3-1240 that can boost to 3.6GHz and the Xeon E3-1230L that is limited to 2.3GHz (Turbo Boost with four cores busy).

To do an apples-to-apples comparison with the X-Gene 1, we compiled the same OpenMP enabled Stream benchmark (O3 –fopenmp –static). 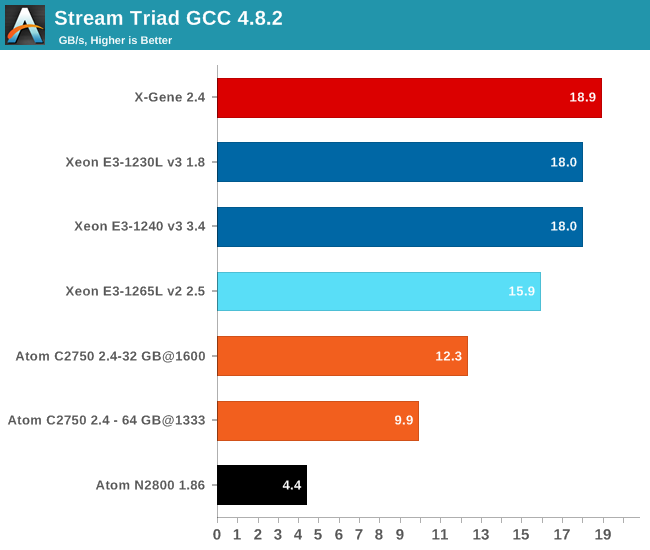 The Xeon E3 has the most efficient memory controller: it can extract almost as much bandwidth as the quad-channel memory controller of the X-Gene and about 46% more than the Atom. Our guess is that the X-Gene still has quite a bit of headroom to improve the memory subsystem. There is work to be done on the compiler side and on the hardware.