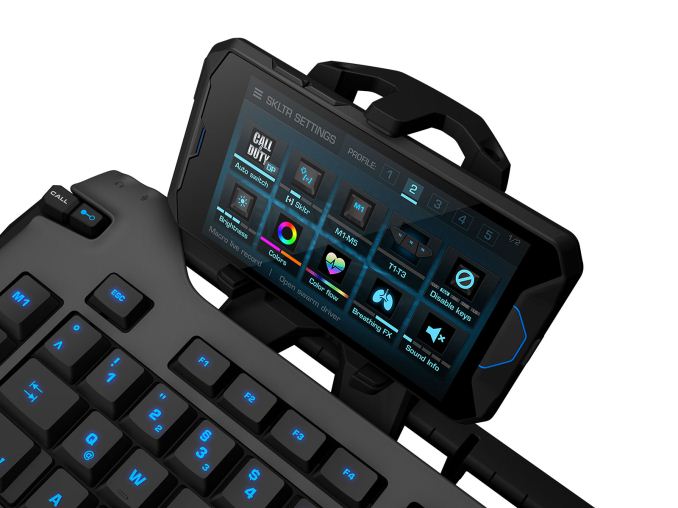 Alongside the Nyth, ROCCAT is also announcing another hybrid technology at Gamescom in the form of a keyboard called the Skeltr. The purpose of the Skeltr is to bring the smartphone as an add-on device for the keyboard, allowing apps to be developed that integrate with either the game being played or the on-screen action. 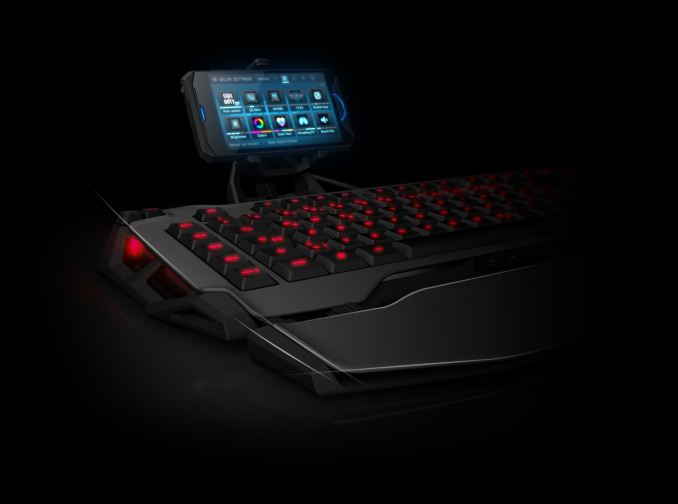 I remember importing one of the original Logitech G15 models from the US almost a decade ago. I had the original black-and-white model, and used the display mostly for Battlefield 2 / 2142 at the time. I must say that with all due respect, I did not use it that much. There was not much time while playing to glance down at the display to see what was going on, although I did look at it between rounds to see the extra statistics it had collected. The concept of the Skeltr is perhaps a step beyond this, allowing users of any smartphone to have an interactive (key word there) integration with their game.

The keyboard will speak to the smartphone via Bluetooth, and use a sliding rail with a rotating holster fit to enable any size smartphone or tablet. This second screen will also allow the user to take calls, receive and make texts and other normal smartphone uses through the keyboard. 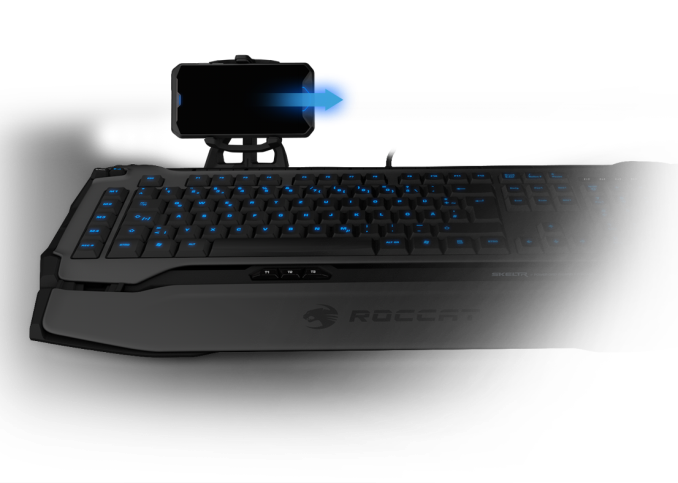 The initial issue I found with the Logitech G15 might rear its ugly head here: lack of app availability. It took a while before third-party developers were able to make interfaces for my favorite games back for the G15, but I believe ROCCAT might have more luck. Depending on whether users program using the proprietary ROCCAT application language or Android/iOS itself, the most popular games should be covered quickly by ROCCAT themselves or third-parties. With a full color display and direct interactivity, it might be a step forward as well. 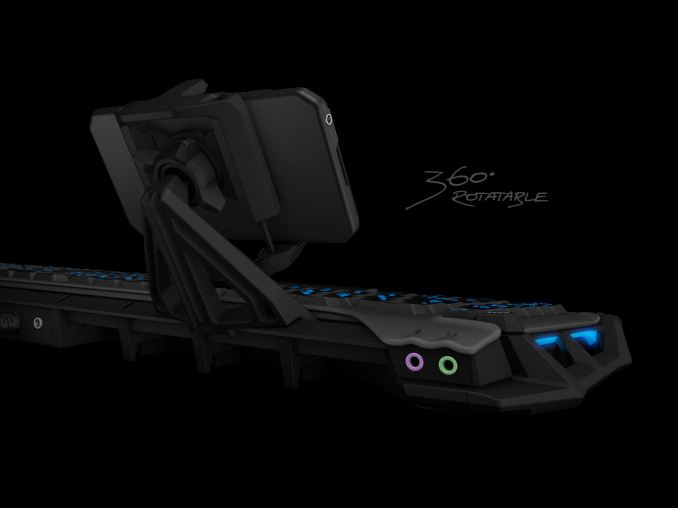 The motherboard itself will feature RGB lighting (on a keyboard wide basis, not per key), a small selection of macro buttons and audio outputs. There is no indication if this is a mechanical keyboard as yet.

Currently ROCCAT is only showing their prototypes at Gamescom later this month, and release dates/pricing will be announced later this year.