Performance consistency tells us a lot about the architecture of these SSDs and how they handle internal defragmentation. The reason we do not have consistent IO latency with SSDs is because inevitably all controllers have to do some amount of defragmentation or garbage collection in order to continue operating at high speeds. When and how an SSD decides to run its defrag or cleanup routines directly impacts the user experience as inconsistent performance results in application slowdowns.

To test IO consistency, we fill a secure erased SSD with sequential data to ensure that all user accessible LBAs have data associated with them. Next we kick off a 4KB random write workload across all LBAs at a queue depth of 32 using incompressible data. The test is run for just over half an hour and we record instantaneous IOPS every second.

We are also testing drives with added over-provisioning by limiting the LBA range. This gives us a look into the drive’s behavior with varying levels of empty space, which is frankly a more realistic approach for client workloads.

Each of the three graphs has its own purpose. The first one is of the whole duration of the test in log scale. The second and third one zoom into the beginning of steady-state operation (t=1400s) but on different scales: the second one uses log scale for easy comparison whereas the third one uses linear scale for better visualization of differences between drives. Click the dropdown selections below each graph to switch the source data.

For more detailed description of the test and why performance consistency matters, read our original Intel SSD DC S3700 article. 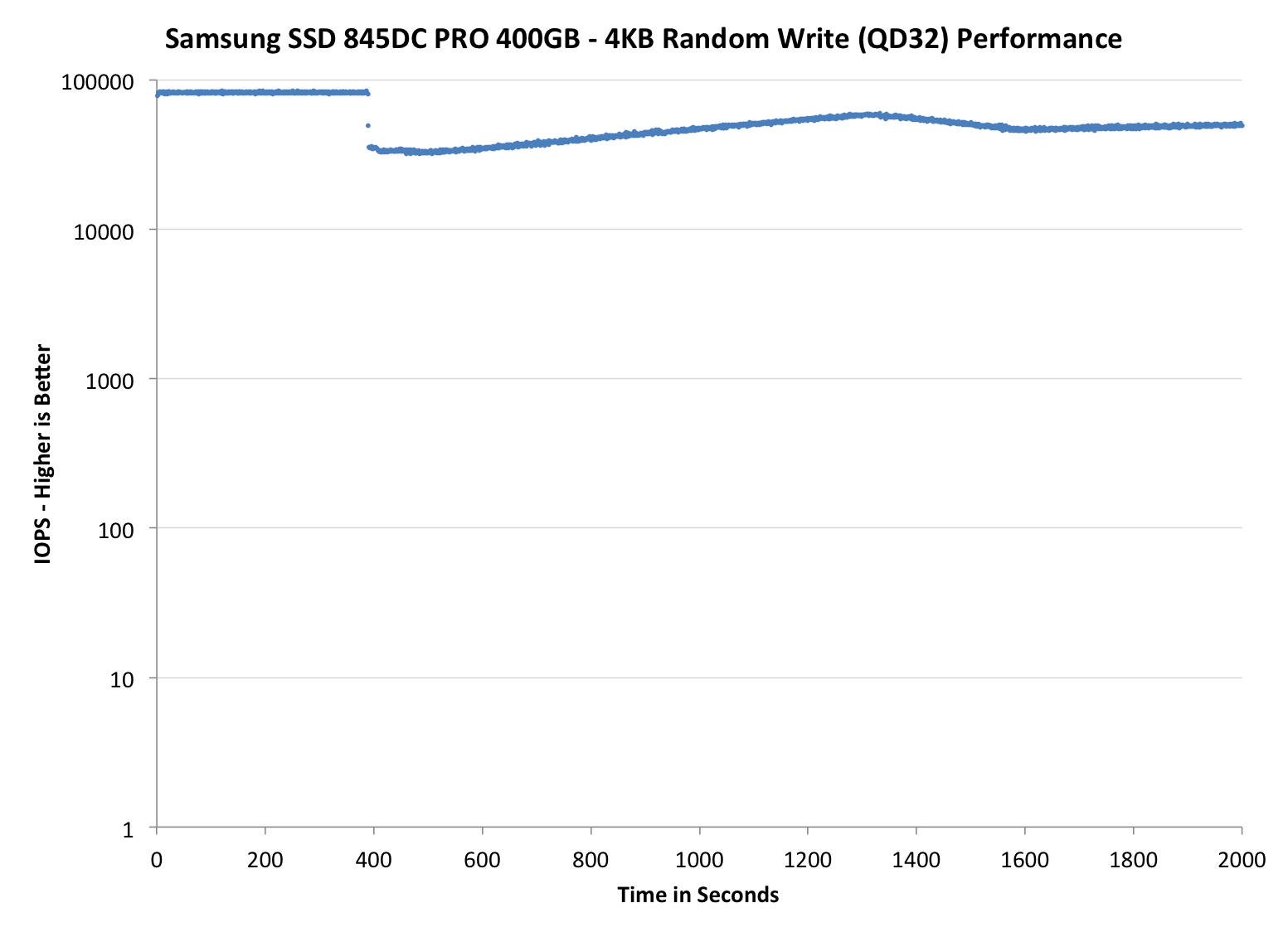 The 845DC PRO is just amazing. While it only has 28% over-provisioning, the 845DC PRO is able to provide 50K IOPS while for instance Intel's SSD DC S3700 is only capable of 35K IOPS, even though both have the same over-provisioning. A part of that can come from the controller and firmware design, but it is obvious that the lower program and erase latencies of V-NAND are behind the performance. It looks like Samsung's heavy investment in 3D NAND technology is really paying off.

The 845DC EVO does very well too despite the slower TLC NAND as it is still able to achieve steady-state performance of ~10K IOPS. The impact of NAND management from higher capacity is evident since the 240GB 845DC EVO performs better than the 960GB version, although I need to run a longer test for the full review to see if the difference evens out.

The PM853T, on the other hand, is a weird case because it is considerably slower than the 845DC EVO. I asked Samsung about this and they told me that there are some differences in garbage collection and wear-leveling algorithms, which causes the performance to be bumpy at first but it should even out after about 3,000 seconds. I will confirm this in the full review. 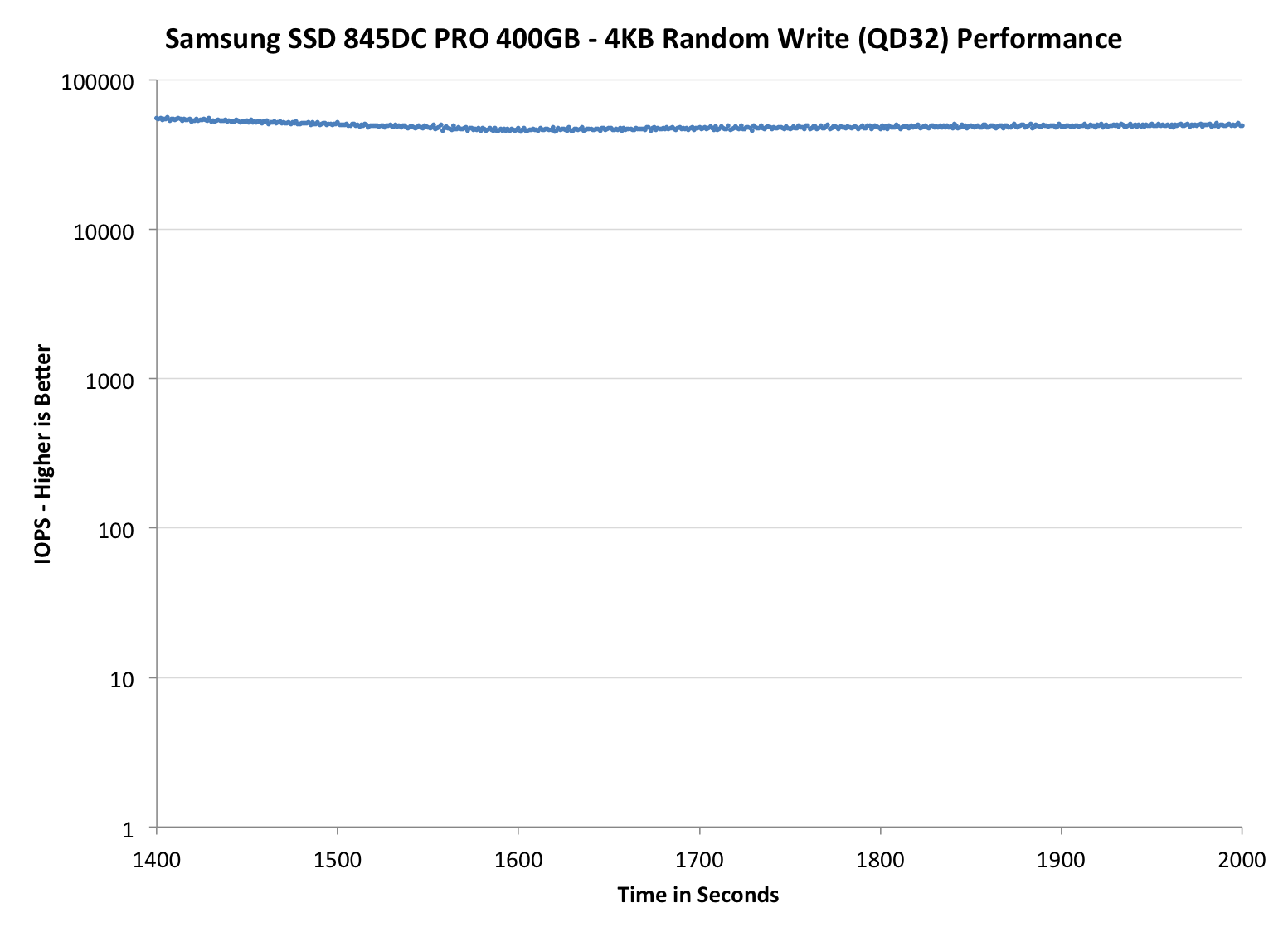 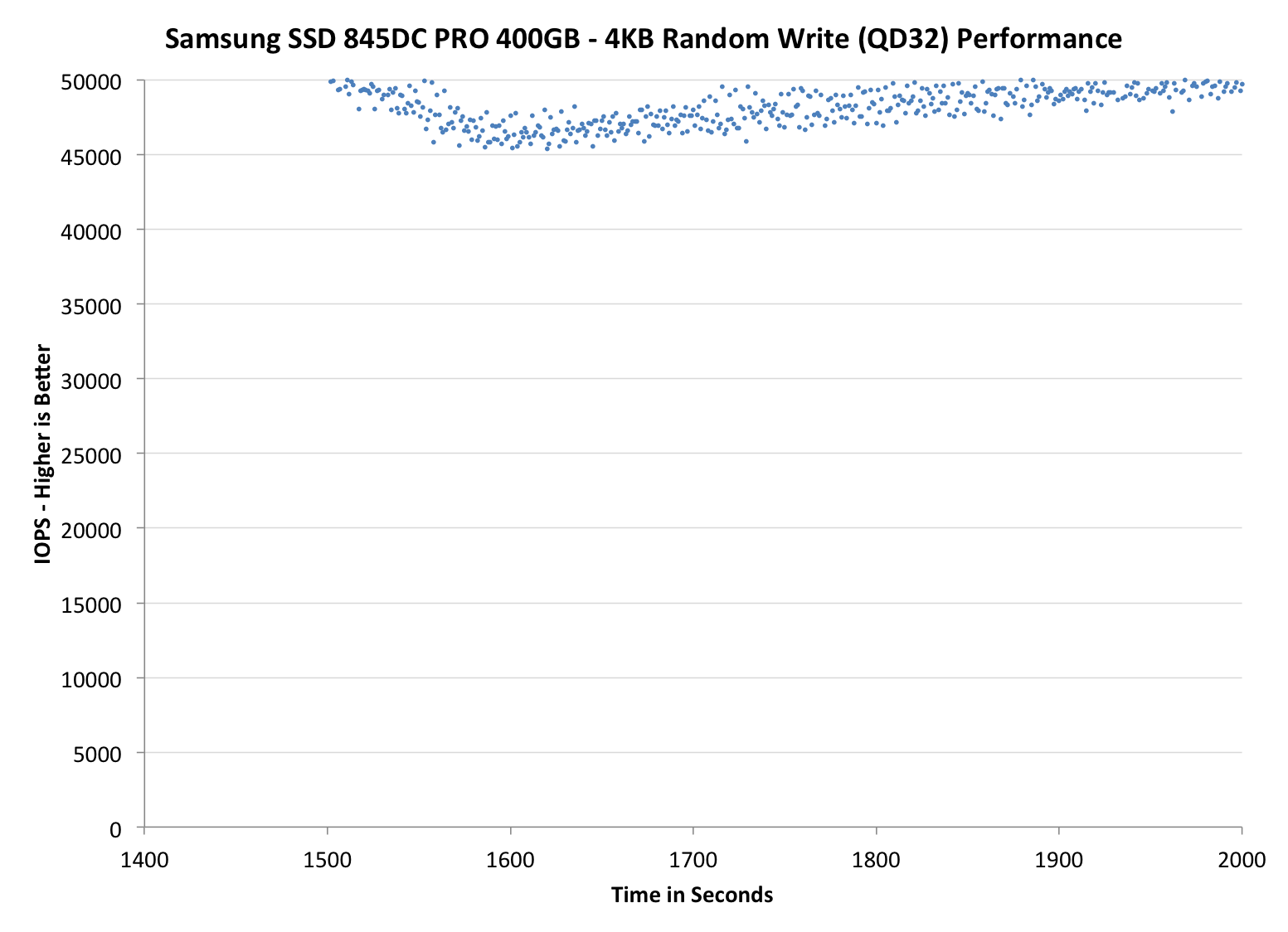