Liveblogging with the Surface Pro 3 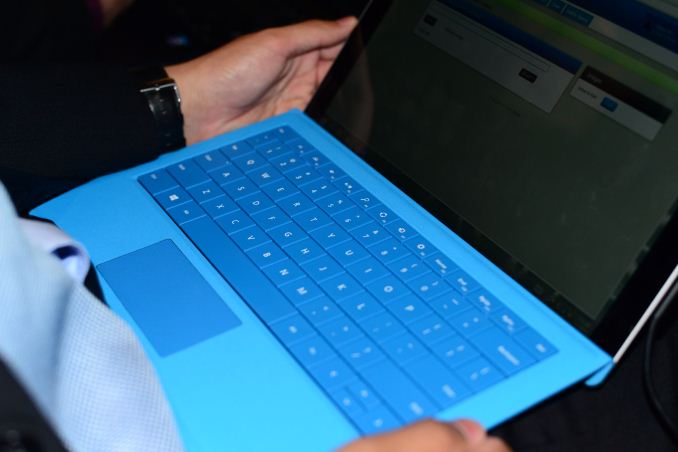 In short, it was surprisingly usable, although there are a few caveats. These issues basically come down to a lack of polish, as I encountered some strange bugs throughout the day as I tried to write things down.

The first and single most irritating issue is the trackpad, which has a tendency to activate while typing. This usually means that I would end up clicking a previous line and an entire sentence would be inside of another word in a sentence. This broke the flow of typing quite often.

Second, I often encountered another odd issue that seemed to force the alt-key to be constantly activated, which meant I couldn’t write text, and fixing this required removing the keyboard dock and then attaching it again.

Third, the kickstand is noticeable due to the thin area that it distributes weight upon. This puts pressure on a specific area which can leave marks, although I didn’t have a problem with this. I also noticed that the wake latency isn’t as fast as an ARM-based tablet, although it’s certainly not the 10-20 second wake latency that I’ve come to expect on my hard drive-based desktop. 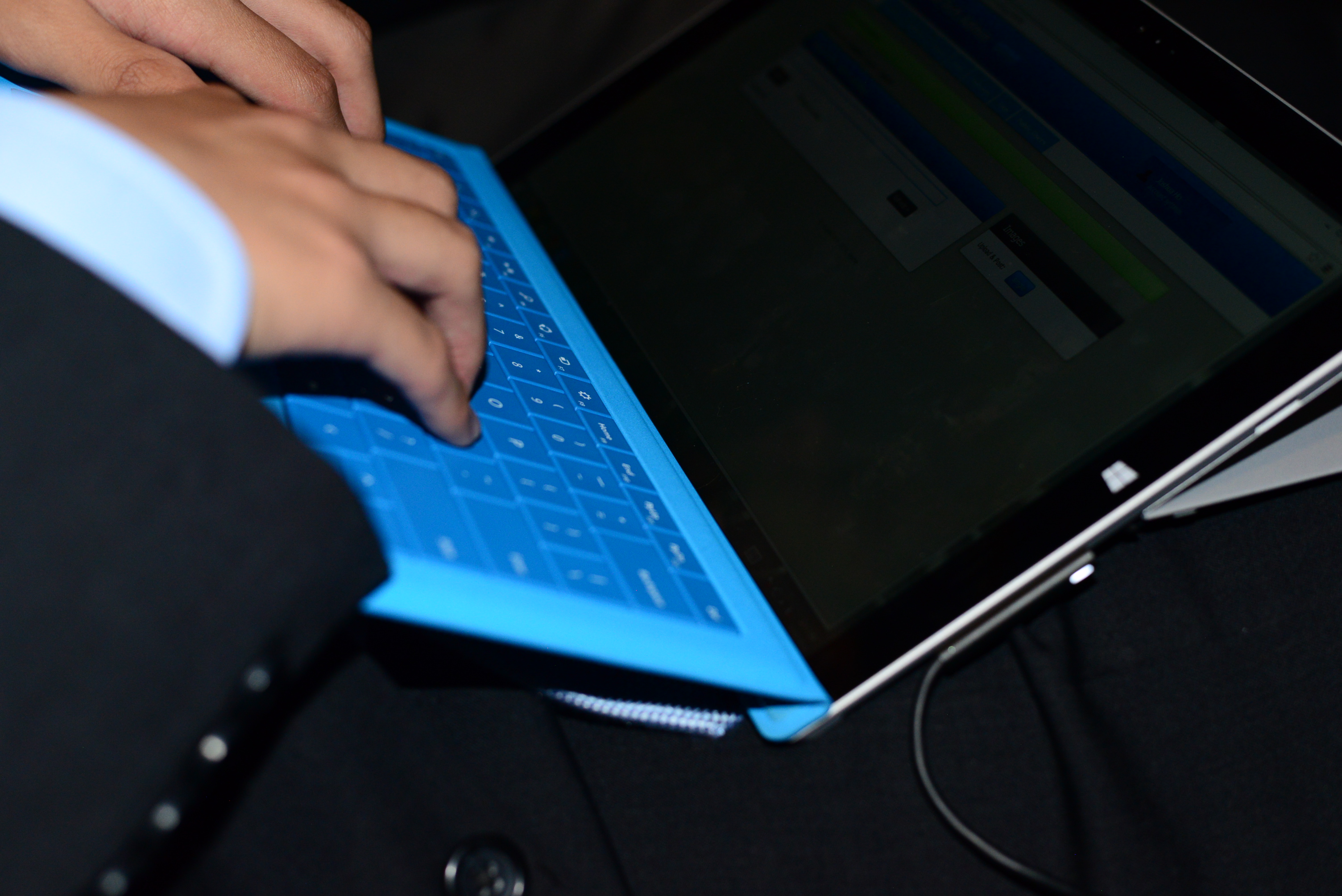 Other than some bugs, the experience with Surface Pro 3 was far better than I expected. It was far and away faster than typing on a tablet, although some of the bugs kept me from typing as quickly and accurately as I would on a laptop. The display size was generally comfortable as well, although Chrome’s lack of HiDPI support was definitely a major disadvantage to comfortable reading. The weight of the tablet was surprisingly low, and didn’t really bother me at all. The thermals of the unit were also under control, with no noticeable hotspots on the tablet. I suspect that web browsing isn’t a particularly intensive load in this case, as I don’t recall hearing the fan either.

The adjustable kickstand is also great for finding comfortable positions, and I never really felt that the tablet was at risk of falling off of my lap or on to my fingers. The magnetic strip above the type cover was also great to help elevate the keyboard, although I found that this is mostly helpful in cases where the loss in keyboard rigidity isn’t noticeable. I also didn’t struggle with the new placement of the Windows home button, and I found that swipe gestures didn’t suffer from this new placement. I’m still not the biggest fan of Windows 8.1 and the lack of a start menu out of the box, but I still found the OS to be usable.

Ultimately, I’m a big fan of the hardware. Microsoft just needs to fix some bugs.