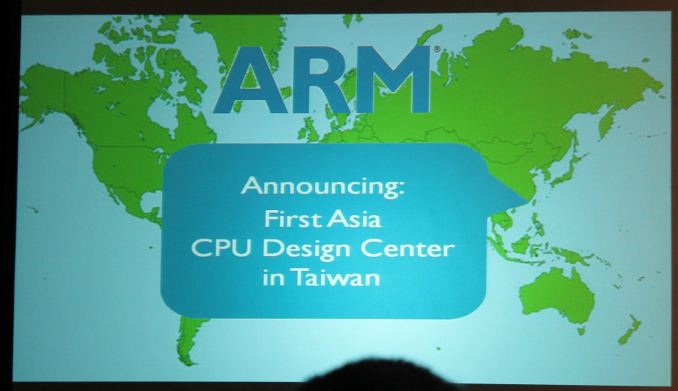 As part of Computex 2014, ARM has announced their first CPU Design Center in Taiwan, focusing on the next generation of Cortex-M class cores for IoT and wearables.  Initially this will mean 40-50 individuals within the talent pool in 2014 before scaling based on demand.  A large part of the press event has been geared towards demand for ARM processors and the segmentation therein, focusing on the uses of Cortex-M within an ecosystem that counts sixteen billion processors shipped into embedded to date. 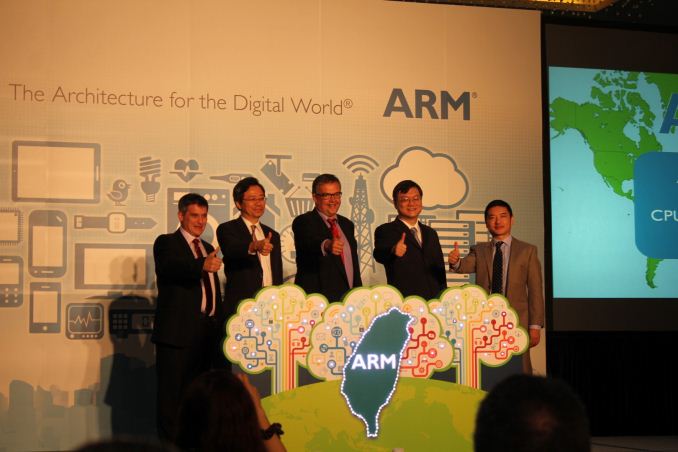 ARM will be working with research institutes to grow and scale, with the aim to produce important engineers with experience in the field.  ARM sees Taiwan as a focal point of the industry with respect to the large number of ARM’s semiconductor partners in the region, hence the choice of the region for their fourth CPU design center.  One of the outputs of the new design center, due to the increase of interest in wearables, ARM sees the segment as two main parts – the low end sensor based wearables, and the high power models requiring sensor calculation relating to features such as HUDs, particularly in the professional and medical markets.

ARM also mentioned it is developing MBED, a platform for embedded developers incorporating an OS and a system of tools to help bring ideas to fruition.  THe platform will be open source, with libraries and web based tools allowing developers to mix and match microcontrollers, radios, sensors and software stacks. 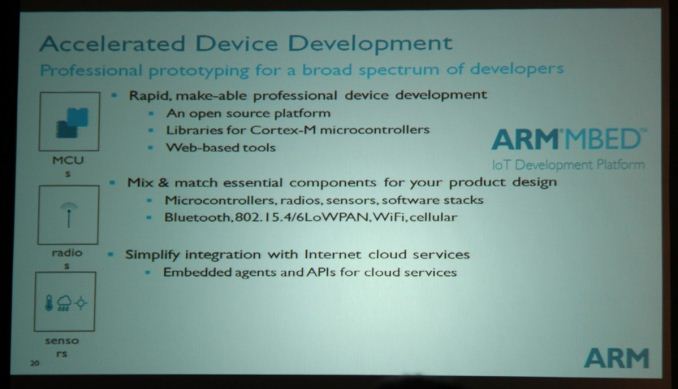