We've almost got all of the information we need to completely cover the show and it couldn't be at any better of a time since we leave the island of Taiwan later today.

Over the next few days we will bring our coverage to a close, summarizing all of the new technology and products you will be able to see in the near future.

Computex 2001 kicked off for its second day today with yet another round of the Intel/VIA fiasco.  For those of you that didn’t catch our original coverage, Intel was forcing motherboard manufacturers to pull down balloons advertising the VIA brand and products from above their booths. 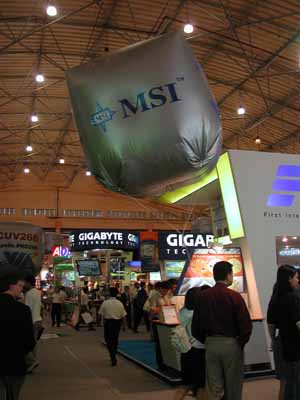 Today we saw the return of the elusive VIA balloons however they were tied to the hands of some unlucky individuals who had the job of standing around displaying balloons all day. 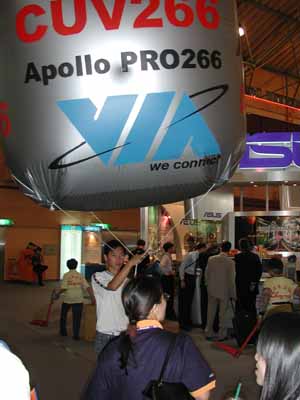 Eventually the balloons were restored to the rightful locations (in many cases) after VIA representatives contacted many of the Presidents and CEOs at some of the larger motherboard manufacturers.