Our Storage Bench 2013 focuses on worst-case multitasking and IO consistency. Similar to our earlier Storage Benches, the test is still application trace based -- we record all IO requests made to a test system and play them back on the drive we're testing and run statistical analysis on the drive's responses. There are 49.8 million IO operations in total with 1583.0GB of reads and 875.6GB of writes.

As some of you have asked, I'm not including the full description of the test for better readability, so make sure to read our Storage Bench 2013 introduction for the full details. 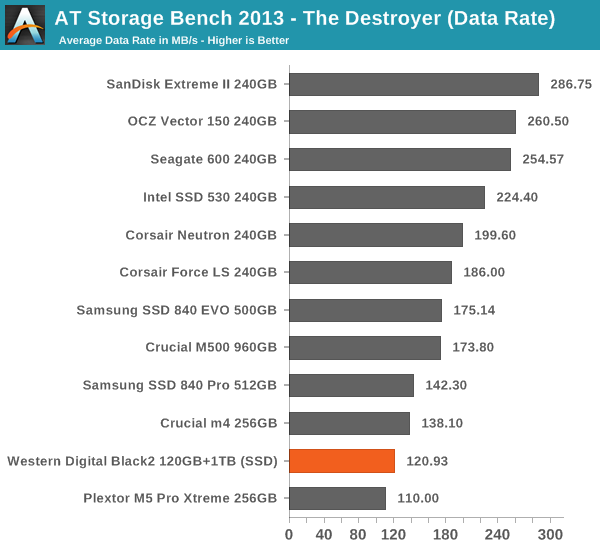 When taking the lower capacity into account, the Black2 isn't terrible but it's not great either. There are some 256GB drives that perform similarly, although it should be noted that the Black2 has 12% over-provisioning instead of 7%, giving it a slight advantage there (the drives are filled with sequential data before the test after all). 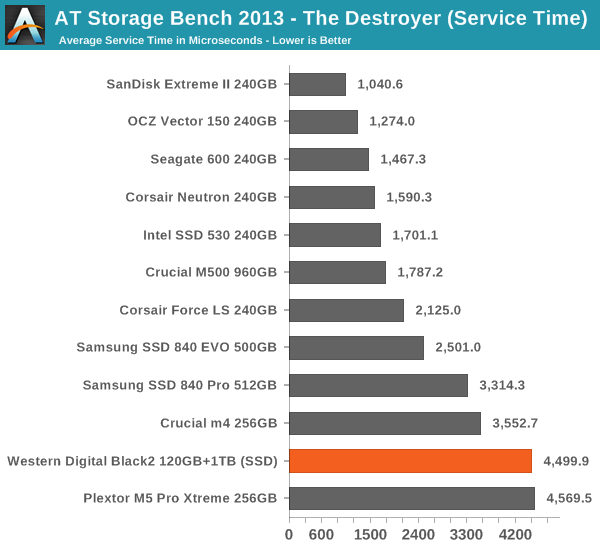