As I progressed through the testing for this review, I became aware of trends in two things: absolute performance, in terms of numbers, and generational improvements across platforms. With AMD moving the Bulldozer based architectures from Piledriver in Trinity and Richland to Steamroller in Kaveri, the base CPU design has had a relatively long run in order to be optimized to the limitations on the CPU side. Obviously AMD has also had a chance to change the lithography node in there as well, and as such has optimized for design rather than performance. This matters a great deal when we look at the power banding (45W, 65W, 95W) and performance in each segment.

In order to display just how much Kaveri has grown in relation to the previous generations, I processed our mountain of data to show graphs where percentage gain against the older generations really does matter. As mentioned previously in this review, it all depends on whether the software can take advantage of the new features afforded by the architecture. In this review we have spent a lot of time discussing advantages for Kaveri in terms of compute (HSA, hUMA, hQ) and gaming (Mantle, TrueAudio), but some of these are still a little way off for software integration. So what does that translate to if you are looking for an APU today – does Kaveri still expand its wings with the integration of the GCN architecture, or does it lag behind due to the lithography node no longer being optimized for frequency. The proof is in the results. 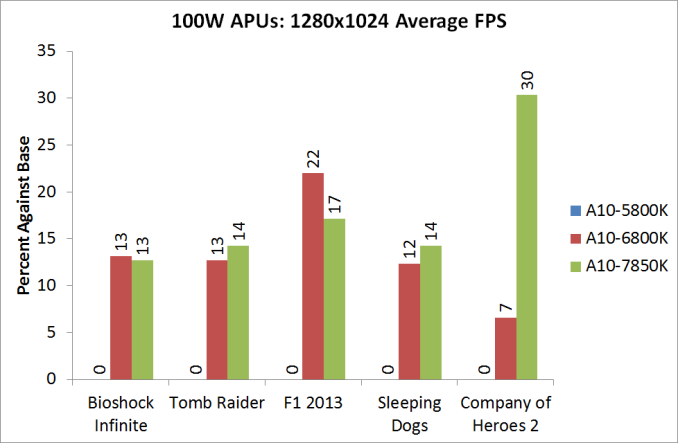 For the 100W APUs at 1280x1024, there is almost no movement between the Richland and the Kaveri APUs, except for Company of Heroes which would seem to leverage the extra SPs more than the MHz available. 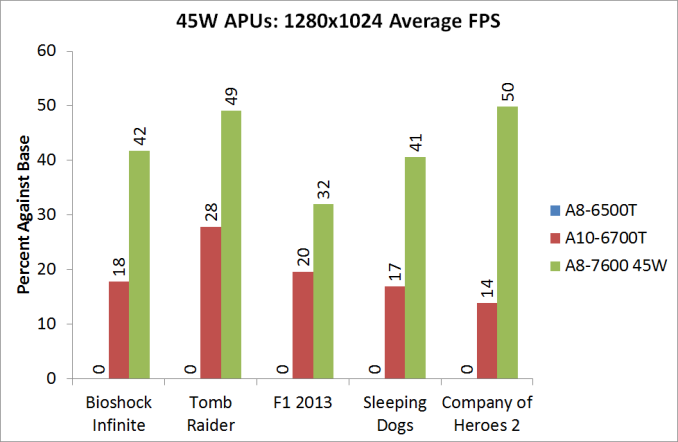 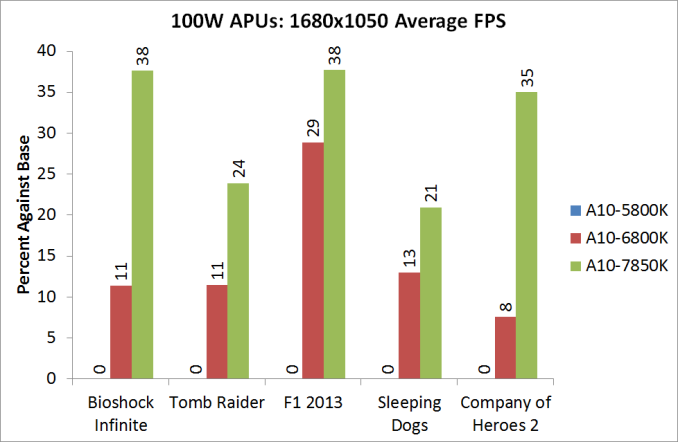 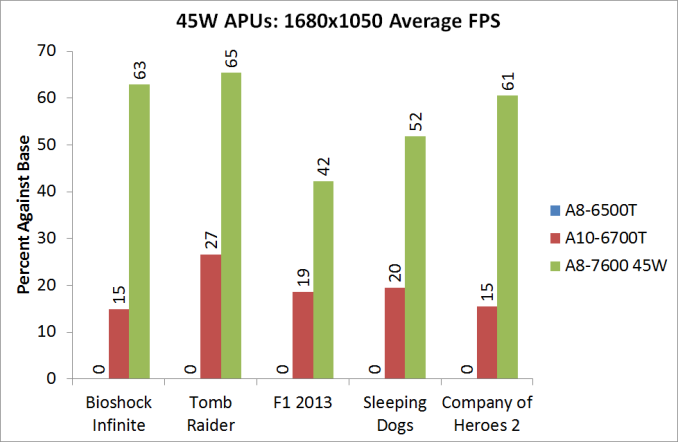 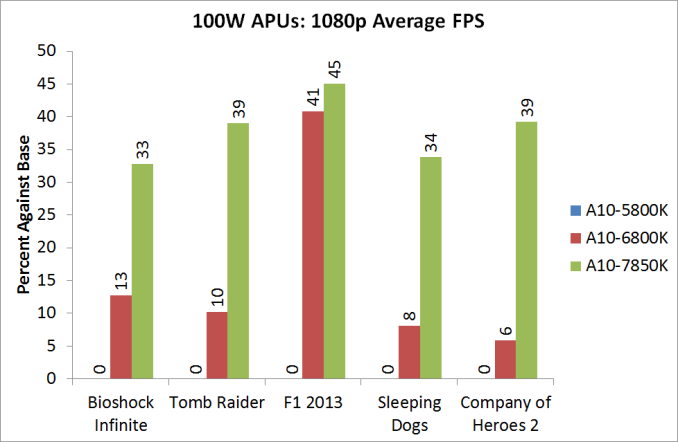 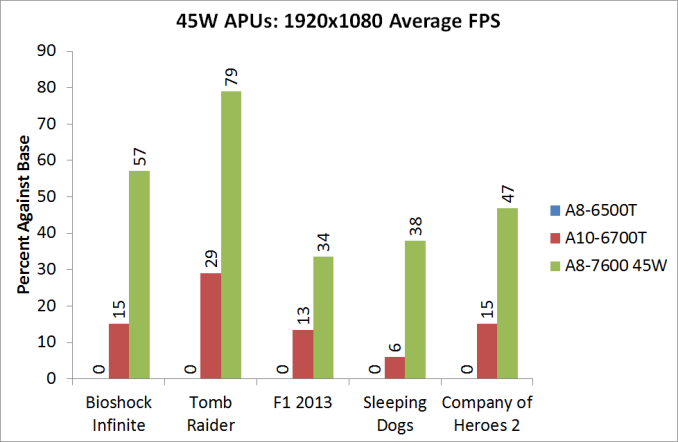 At 1080p the effects are more pronounced all around. 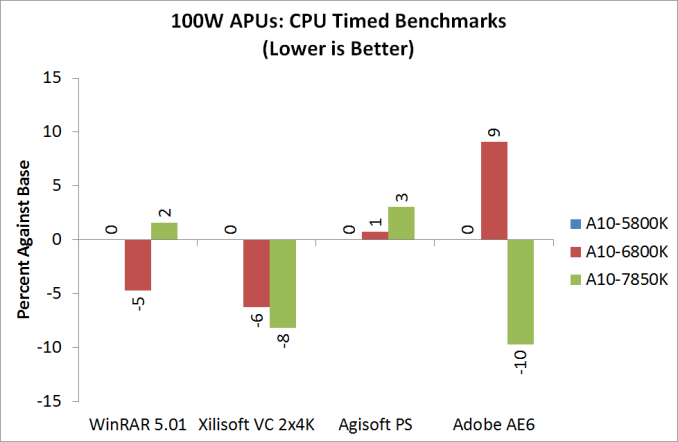 Unfortunately the CPU timed benchmarks at 100W are bit over the place. Here we are dealing with an IPC gain but MHz deficit, and each benchmark has a different way of dealing with it. For Agisoft, MHz wins, but for Xilisoft, the Kaveri improvements work out well for the system. 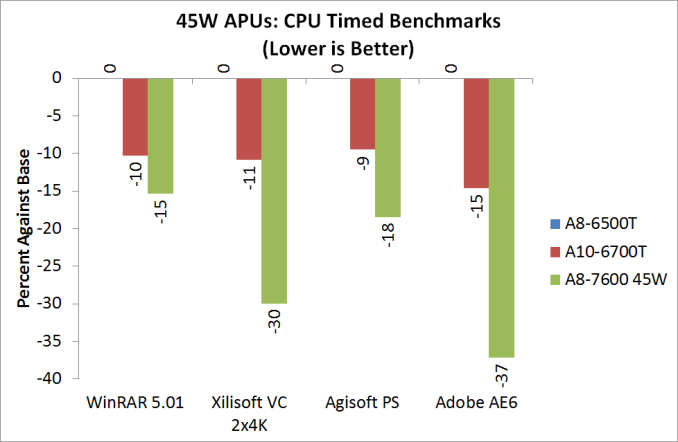 At 45W the situation is a lot more clearer, and the newer APUs have the advantage, especially in Adobe After Effects. 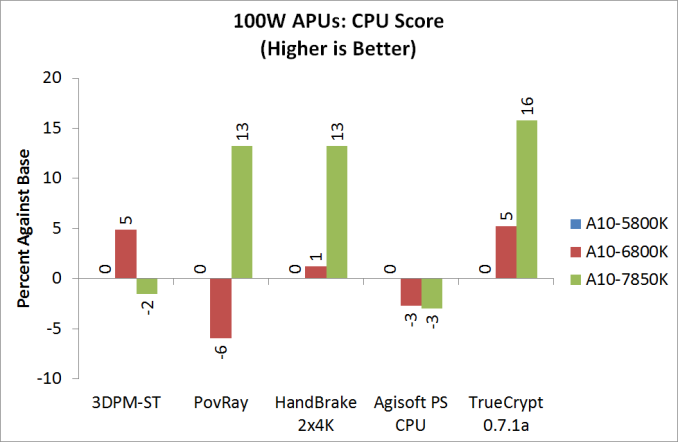 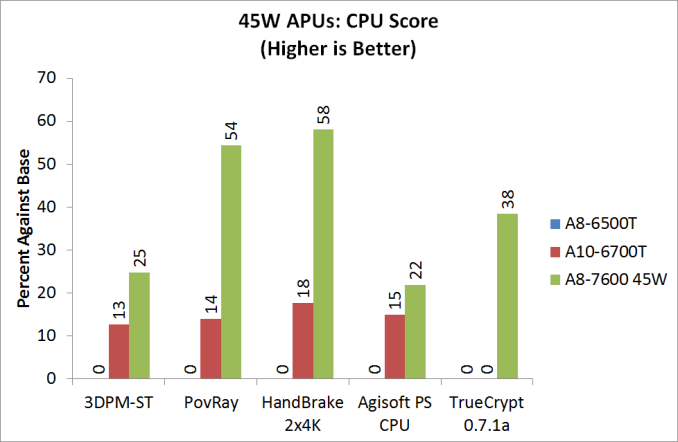 45W still makes the biggest jump when it comes to score based CPU benchmarks. 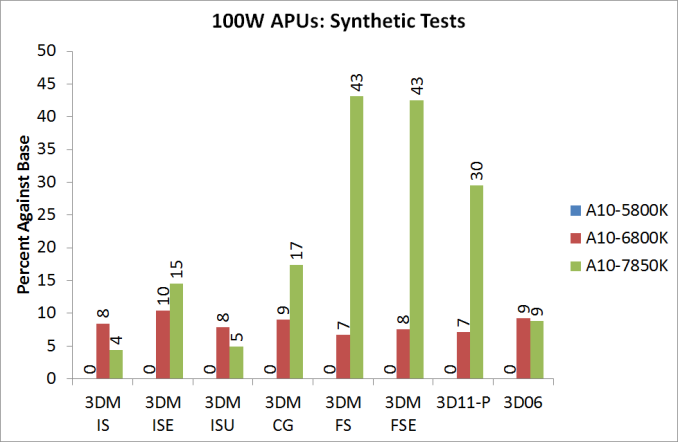 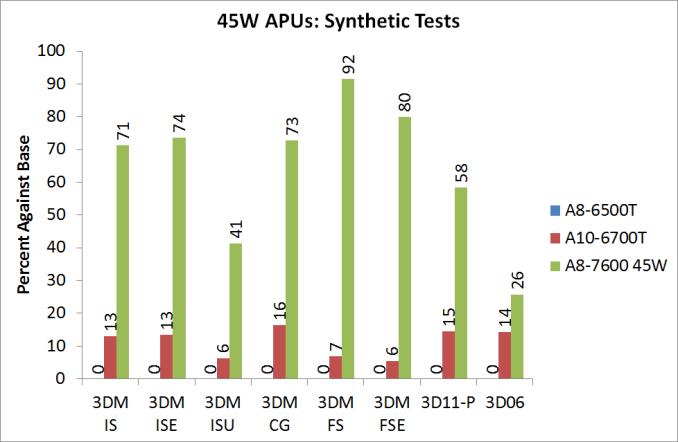 I never like putting much thought into the synthetic results – here both the 100W and the 45W range are showing good improvements all around. 3DMark 06 has the most trouble getting improvements as it relies more on the grunt, rather than the features that Kaveri affords. 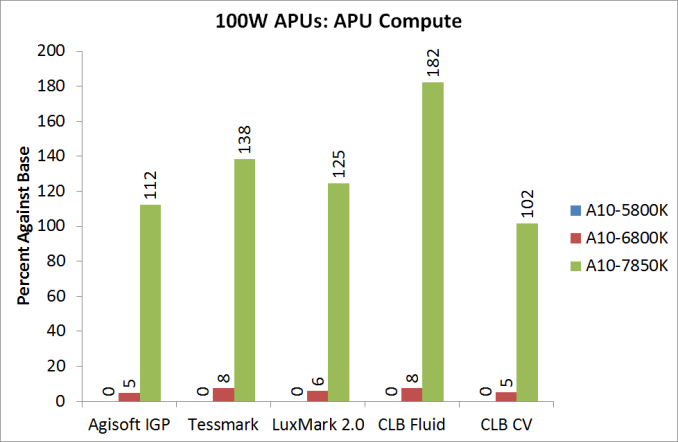 Off the bat we can see just how much of a difference the Kaveri GPU Compute can make over previous APUs. This is still without hUMA fully being in effect while we wait for a proper driver and software stack to become available. 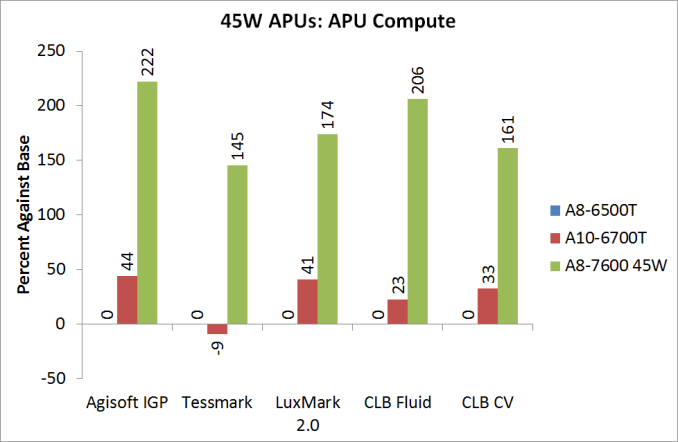 For a little tete-a-tete, putting the 65W Iris Pro up against the 65W Kaveri seems like a good idea. To add to the mix, due to the extreme price difference of Iris Pro in this equation, we also add the 95 W Kaveri for comparison. 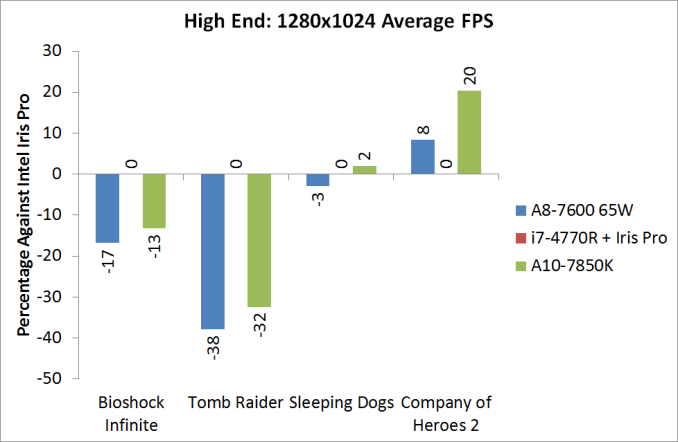 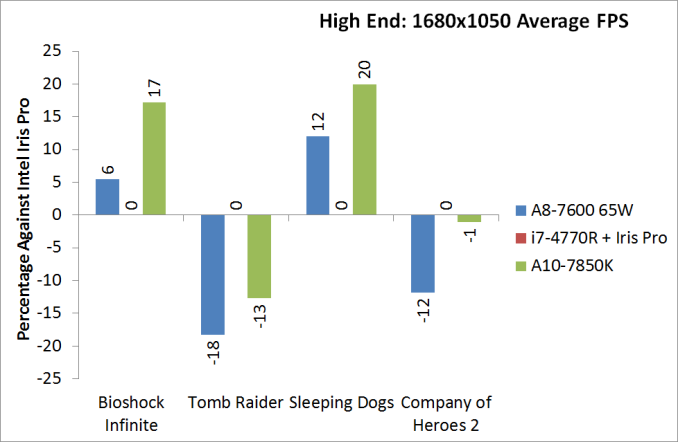 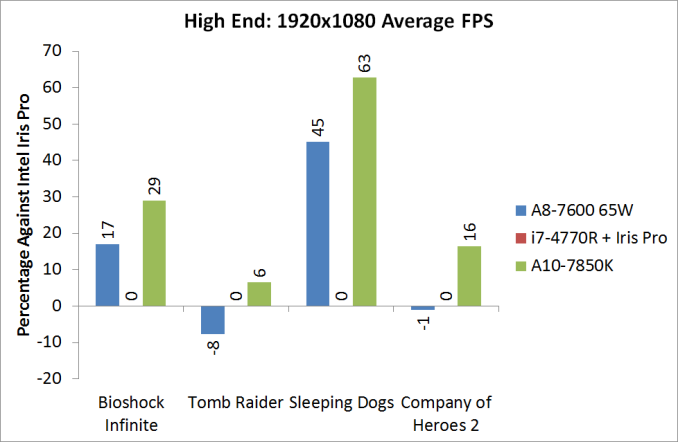 It is interesting to note that at the lower resolutions the Iris Pro wins on most benchmarks, but when the resolution and complexity is turned up, especially in Sleeping Dogs, the Kaveri APUs are in the lead.