I often make a big song and dance about real world benchmarks being the main focus of a reviewer. Synthetics often stress parts of the CPU and distort advantages that a CPU might have and thus not affect you or me in the same manner when using the machine normally. For 2014 I have updated my usual benchmarking set, to include more video encoding and an image converter that takes 2D images and performs algorithms to convert the data into a 3D model. Some 2013 benchmarks are still here, showing what can be done, and to bring parity to previous CPU reviews, some synthetics are also included.

Our new main benchmark to AnandTech is provided by Agisoft. Their Photoscan software creates 3D models from 2D images, a process which is very computationally expensive. The algorithm is split into four distinct phases, and different phases of the model reconstruction require either fast memory, fast IPC, more cores, or even OpenCL compute devices to hand. Agisoft supplied us with a special version of the software to script the process, where we take 50 images of a stately home and convert it into a medium quality model. This benchmark typically takes around 15-20 minutes on a high end PC on the CPU alone, with GPUs reducing the time. 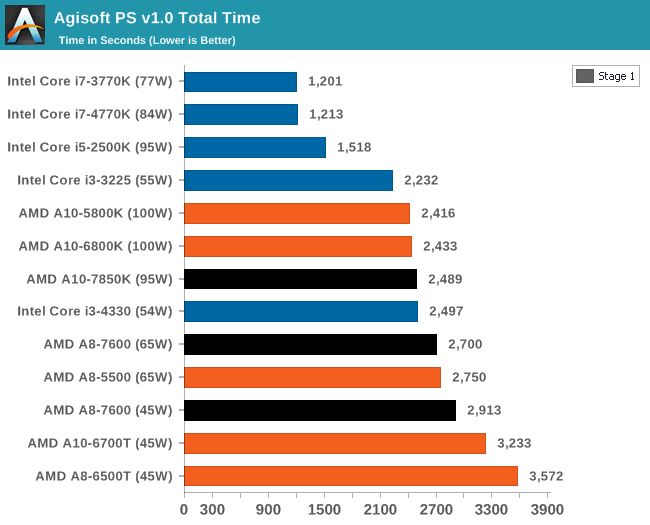 AMD suffers in overall time due to the lack of full-blooded cores and the reliance on single threaded performance in certain parts of the algorithm. 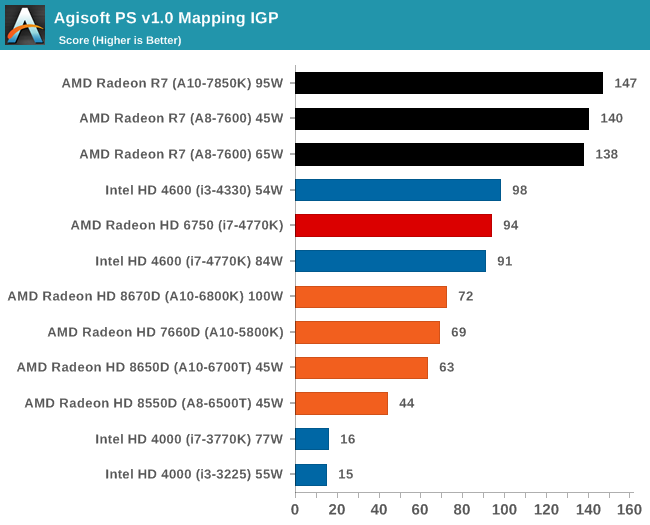 The second stage of the benchmark can be accelerated by the IGP of an APU, and as a result we can see the power of the high end APUs for this work can outshine any CPU we tested today. This is really the promise of HSA, it's just going to take a while to get there for most apps. 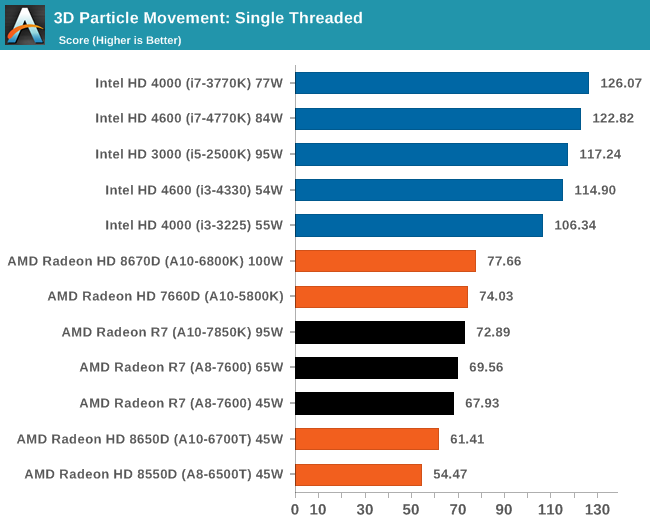 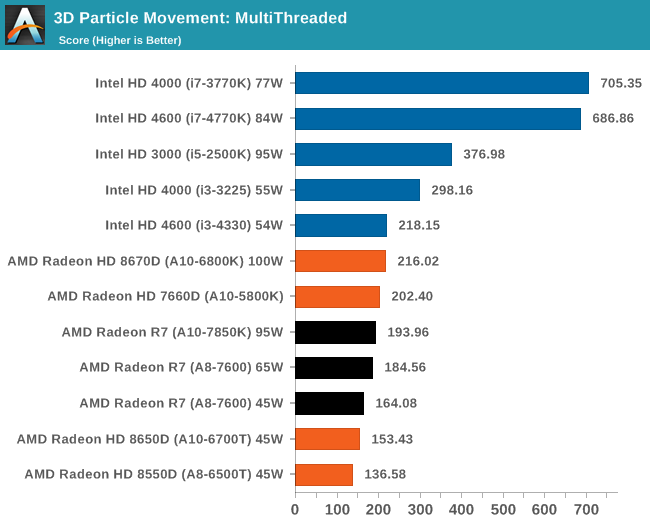 AMD is still suffering a lack of FP performance in our 3DPM benchmark. 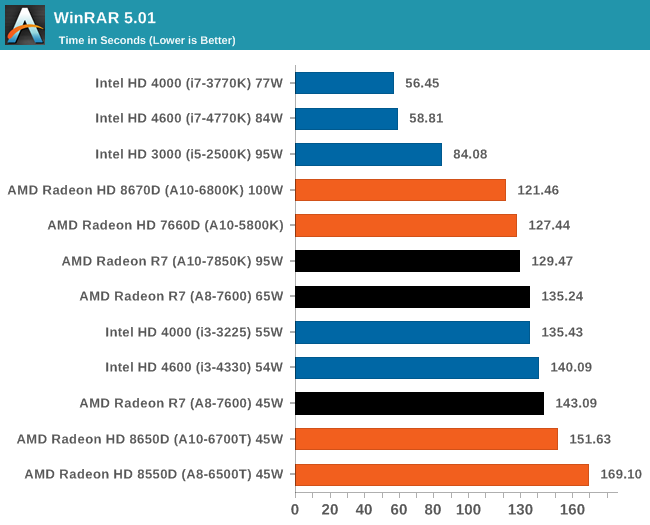 WinRAR loves IPC from the high end Intel chips, but even against the older i5-2500K there is still a deficit. The 45W Kaveri APU however is within fighting distance of its main rival. 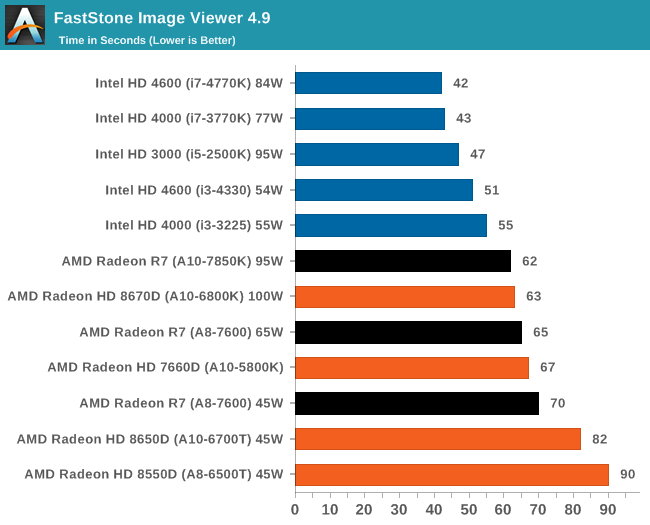