When I concluded our iPad Air review I assumed the iPad mini with Retina Display was a true no-compromise, smaller alternative to the iPad Air. In many senses that’s true. Wireless connectivity is identical between the models, battery life is pretty much the same as well. Peak performance is close and you no longer have to accept a lower resolution display. Last year’s iPad mini was easy to recommend, and this year’s is even easier. To my surprise however, the iPad Air continues to hold some advantages that may resonate well with some users.

The biggest in my eyes is the iPad Air’s wider gamut display with full sRGB coverage. The mini’s Retina Display is good, the Air’s is just better. There’s also more thermal headroom on the iPad Air, which can come in handy if you’re doing compute intensive work on it. If neither of those things matters to you, then the decision becomes one of usage model and portability. I believe the iPad Air does a better job of approximating a primary computing device, particularly in its ability to give you a reasonable sized virtual keyboard to work on. The iPad mini on the other hand is substantially more portable. Although the iPad Air is light enough to come along with me more than any prior iPad, the mini’s form factor makes it even more likely that’ll I’ll bring it with me (the best tablet is the one you have with you?). 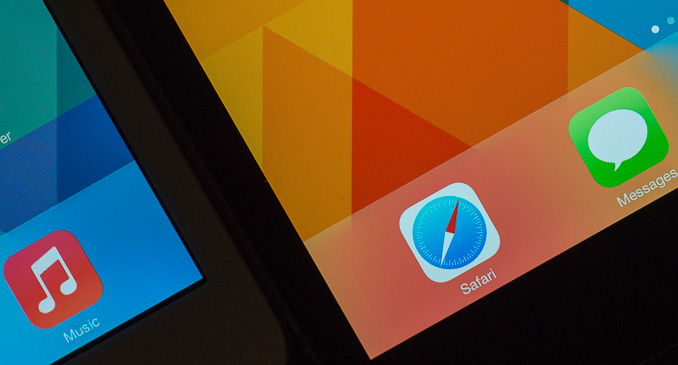 As much as I prefer the iPad Air’s display and as much as I love having more performance, I’d probably lean towards the mini personally. The lower weight and smaller form factor are just tough to give up. Apple could’ve made the decision a lot easier by giving the mini true display parity with the Air though.

If you're on the fence about upgrading from an older iPad (or even the first gen mini), the iPad mini with Retina Display is a tempting target. Compared to virtually all previous iPads you're going to notice a substantial increase in performance thanks to Apple's A7 SoC. In fact, I'd go as far as to say that the performance improvement over the previous generation mini (featuring Apple's A5) can be just as noticeable of an uprade as the display. The new mini is a leap forward in performance compared to its predecessor.

While Apple has the 10-inch tablet market more or less locked up with the iPad Air, the mini faces stiff competition. The biggest comes from Google with the $229 2013 Nexus 7. You get an incredibly affordable device and a display with full sRGB gamut. What the mini offers is a faster SoC, a wider display (a Nexus 8 would be nice) and of course, iOS. I’ve heard varying opinions on iOS vs. Android when talking about tablet or smartphone use. Some users prefer Android on one and iOS on the other, vice versa or find themselves exclusively in one camp. This one is best left up to personal preference. At $229 the Nexus 7 is a great option. If you prefer iOS however, the iPad mini with Retina Display is quite nice. The price hike vs. the standard mini can be a tough pill to swallow, but the A7 and display are definitely worth it.