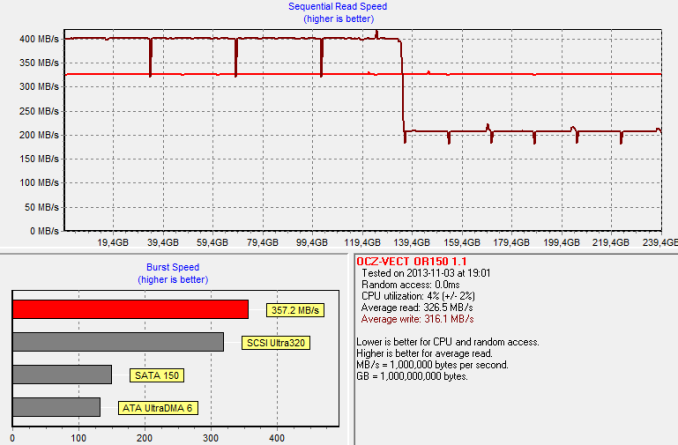 Above is an HD Tach graph I ran on a secure erased drive to get the baseline performance. The graph below is from a run that I ran after our performance consistency test (first filled with sequential data and then hammered with 4KB random writes at queue depth of 32 for 2000 seconds): 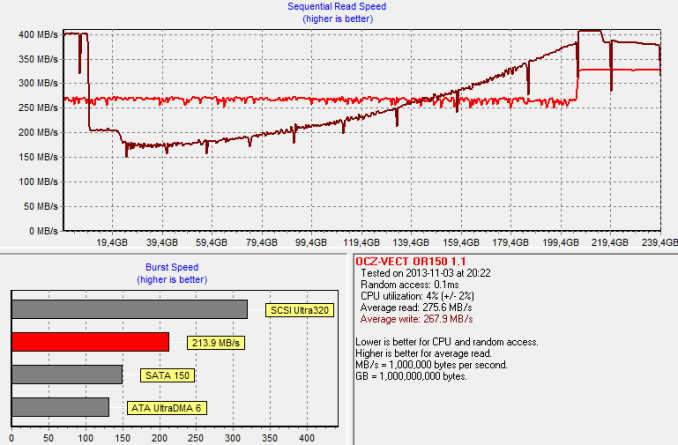 And as always, performance degrades, although the Vector 150 does pretty good with recovering the performance if you write sequential data to the drive. Finally I TRIM'ed the entire volume and reran HD Tach to make sure TRIM is functional. 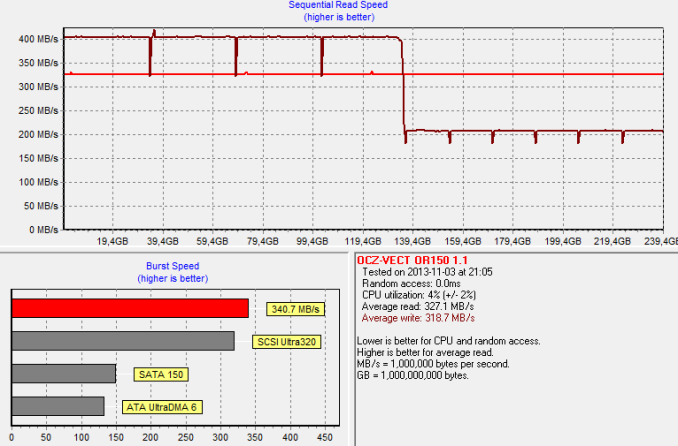 It is. You can also see the impact of OCZ's "performance mode" in the graphs. Once 50% of the LBAs have been filled, the drive will reorganize the data, which causes the performance degradation. If you leave the drive idling after filling over half of it, the performance will return close to brand new state within minutes. Our internal tests with the original Vector have shown that the data reorganization takes less than 10 minutes, so it's nothing to be concerned about. The HD Tach graphs give a much worse picture of the situation than it really is.