The new iMacs join the 2013 MacBook Airs in supporting 802.11ac. Unlike the MBA implementation however, the iMac features a 3 antenna/3 stream configuration with the potential for even higher performance. Connected to Apple’s new 802.11ac Airport Extreme I was able to negotiate the maximum link rate of 1300Mbps. I will say that maintaining the full speed connection was quite tricky and required very close proximity to the AP, and that the AP was located physically higher than the iMac. 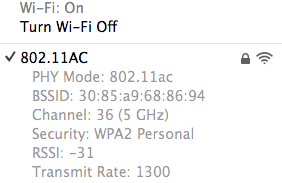 Range was absolutely incredible on the Airport Extreme/2013 iMac combination. I didn’t have time to map out speed vs. distance from AP before leaving on my most recent trip, but I will say that the combination of the two gave me better WiFi range/performance than any other wireless device I’ve ever tested. I need to spend some more time with the two but color me completely impressed at this point.

With OS X 10.8.5 Apple addressed some of the performance issues that plagued real world use of 802.11ac. Prior to the 10.8.5 update,I could get great performance using iPerf, but actually copying files between Macs on the same network never substantially exceeded the performance I could get over 802.11n.

The 10.8.5 update somewhat addressed the problem, raising average performance copying over an AFP share to ~330Mbps. It’s not unusual for software companies to only partially address an issue in existing software, especially if there’s an actual fix coming just around the corner. I had a suspicion that’s what was going on here so I threw OS X 10.9 (Mavericks) on both the iMac and my source machine, a 13-inch MacBook Pro with Retina Display. 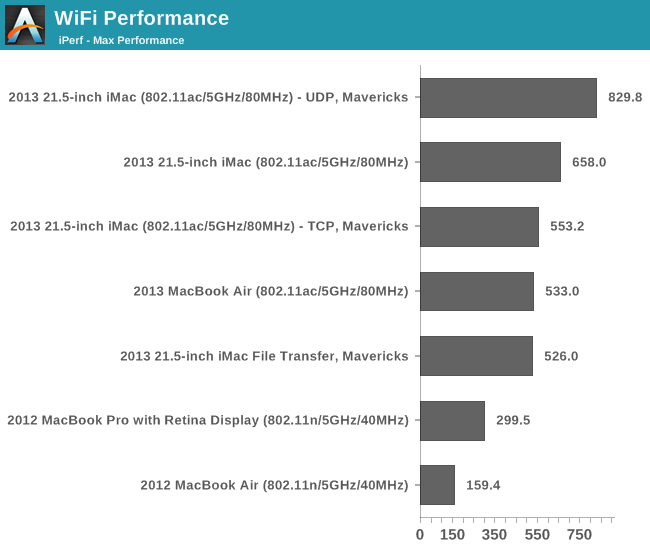 Peak UDP performance is 829.8Mbps. Running the same test using TCP drops performance down to 553Mbps. What about actual file copy performance? I saw peak performance as high as 720Mbps, but average file copy speed over my network setup was ~500Mbps.

You can definitely get better transfer speeds over wired Gigabit Ethernet, but 802.11ac (particularly over short distances) is very good. You’ll need to wait for Mavericks to really enjoy this performance, but the wait is almost over. 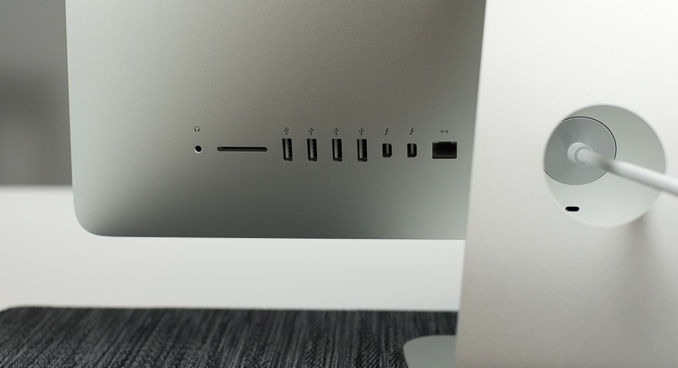 Last year Apple redesigned the iMac, making it thinner at the edges than an iPhone 5/5s or even an iPad mini. Many pointed out that reducing edge thickness didn’t really matter all that much given the center of the iMac bulges out quite a bit. Given that there’s no internal battery you need more space for, reducing chassis volume is purely an exercise in design with no real tradeoffs as long as you can adequately cool what’s inside. I can’t speak to the 21.5-inch iMacs with discrete graphics, but the 65W Haswell + Crystalwell model I was sampled exhibited no thermal issues during even heavy use. 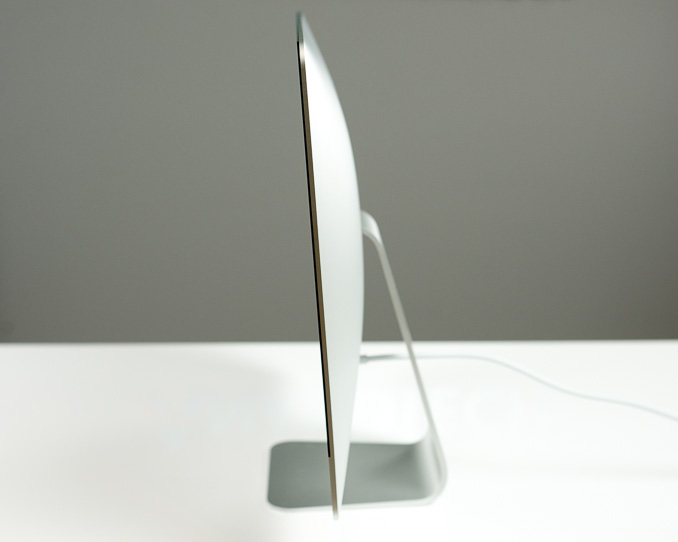 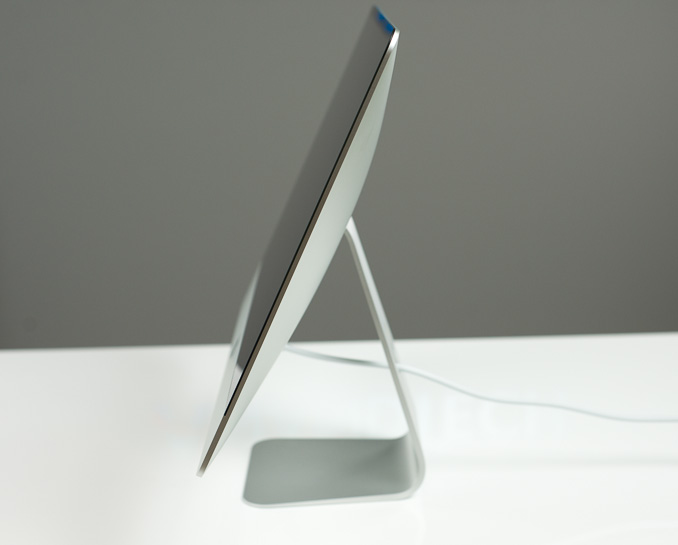 The iMac’s lone internal fan hummed along at ~1400 RPM during light use as well as during repeated Cinebench R15 runs while writing this review. One positive side effect of Intel targeting notebooks for all of its microprocessor architectures is the ease of cooling these 65W “desktop” parts. Keep in mind that Apple delivers a similar amount of performance in a very thin 15-inch notebook chassis as it does in a 21.5-inch iMac chassis. 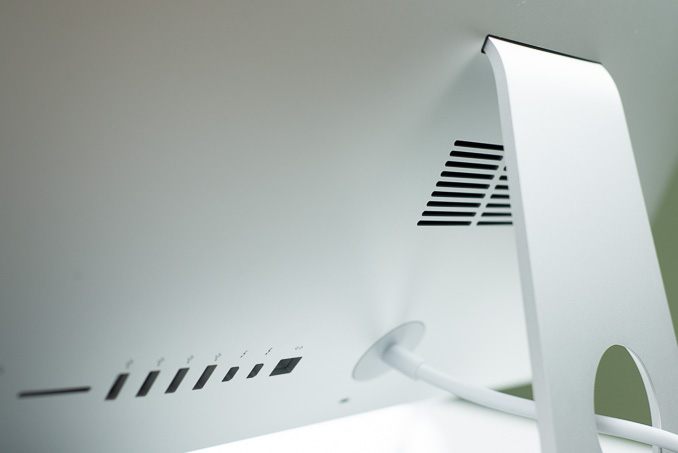 Despite the reduction in internal volume, the redesigned 27-inch iMac is still a bit bulky to move around. The same can’t be said for the 21.5-inch model however. Weighing only 12 pounds (the equivalent of a small dog or large cat), the 21.5-inch iMac is almost portable. I had to carry it around a lot during the course of my review (between desks, photo area, and in testing WiFi) and I quickly appreciated just how compact this system is. Particularly in its default configuration, there’s only a single cable you have to deal with: the carefully angled power cable going into the machine.

It’s also neat to look at the iMac compared to one of my 24-inch CPU testbed monitors from a few years ago and realize that the two have virtually the same resolution, and the iMac is not only a better display but comes with an integrated Haswell PC as well.