The iPhone 5s, like the iPhone 5c, retains the same 4-inch Retina Display that was first introduced with the iPhone 5. The 4-inch 16:9 LCD display features a 1136 x 640 resolution, putting it at the low end for most flagship smartphones these days. It was clear from the get-go that a larger display wouldn’t be in the cards for the iPhone 5s. Apple has stuck to its two generation design cadence since the iPhone 3G/3GS days and it had no indication of breaking that trend now, especially with concerns of the mobile upgrade cycle slowing. Recouping investment costs on platform and industrial design are a very important part of making the business work. 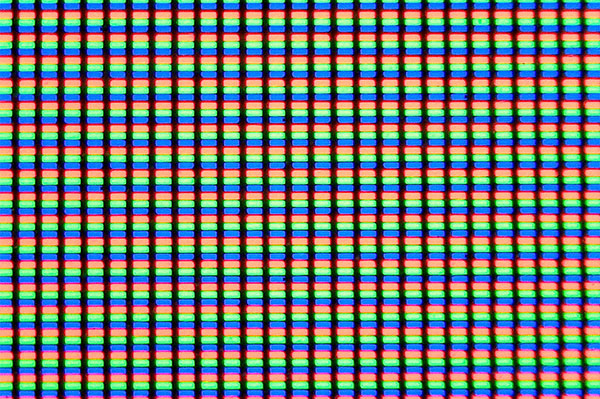 Apple is quick to point out that iOS 7 does attempt to make better use of display real estate, but I can’t shake the feeling of being too cramped on the 5s. I’m not advocating that Apple go the route of some of the insanely large displays, but after using the Moto X for the past month I believe there’s a good optimization point somewhere around 4.6 - 4.7”. I firmly believe that Apple will embrace a larger display and branch the iPhone once more, but that time is just not now.

The 5s’ display remains excellent and well calibrated from the factory. In an unusual turn of events, my iPhone 5c sample came with an even better calibrated display than my 5s sample. It's a tradeoff - the 5c panel I had could go way brighter than the 5s panel, but its black levels were also higher. The contrast ratio ended up being very similar between the devices as a result. I've covered the panel lottery in relation to the MacBook Air, but it's good to remember that the same sort of multi-source components exist in mobile as well. 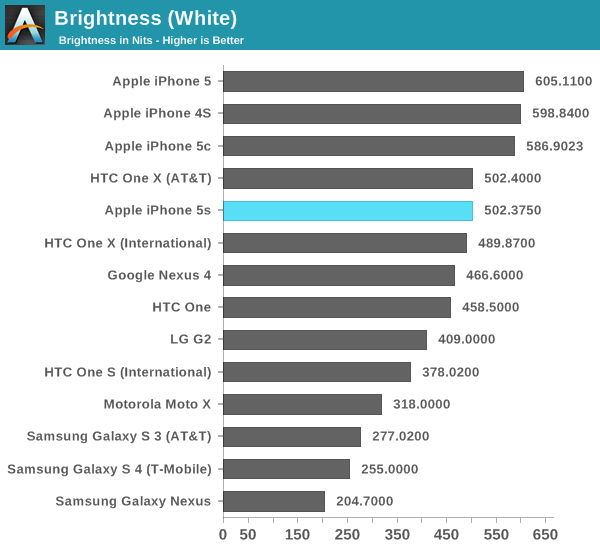 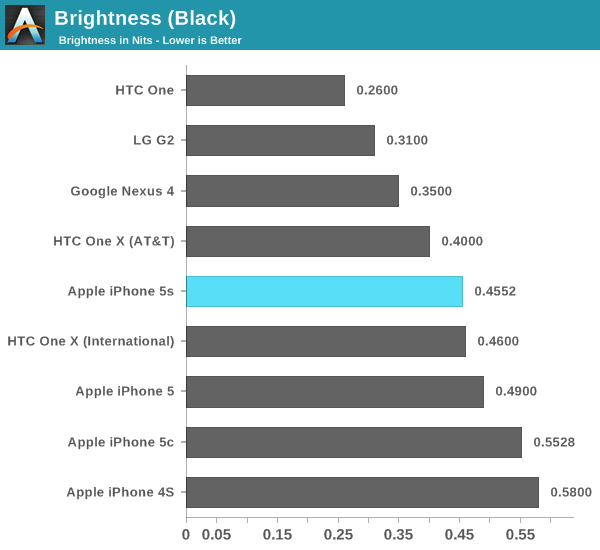 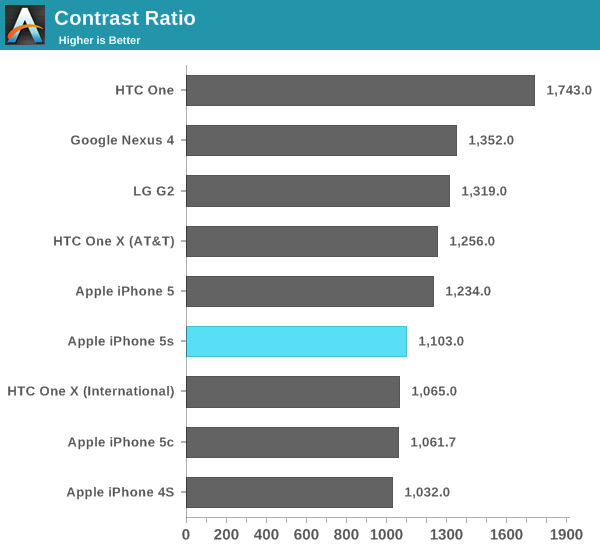 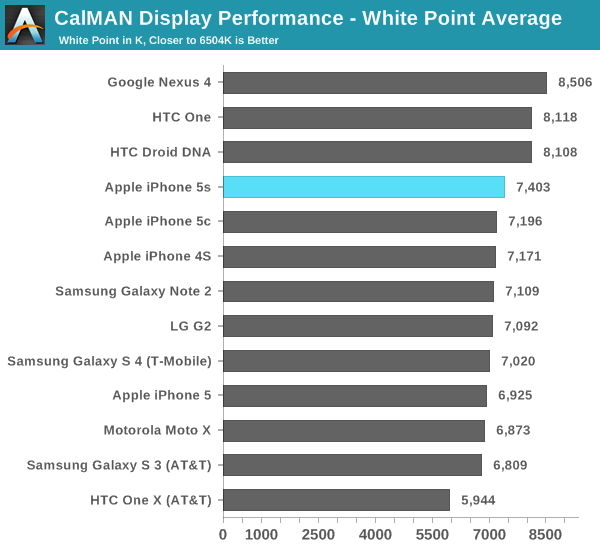 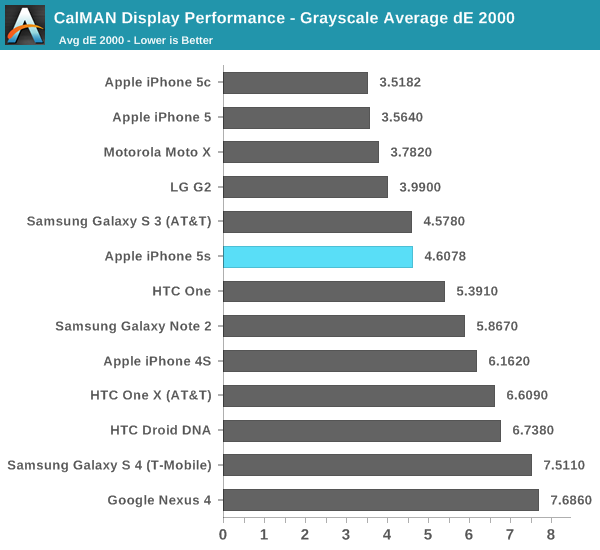 Color accuracy is still excellent just out of the box. Only my iPhone 5c sample did better than the 5s in our color accuracy tests. Grayscale accuracy wasn't as good on my 5s sample however. 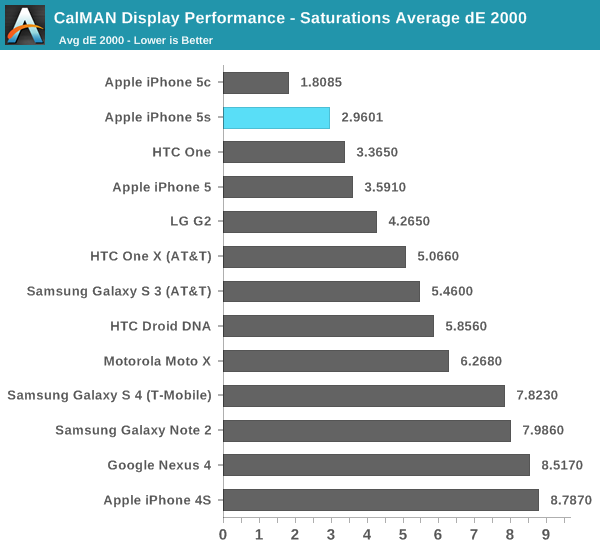 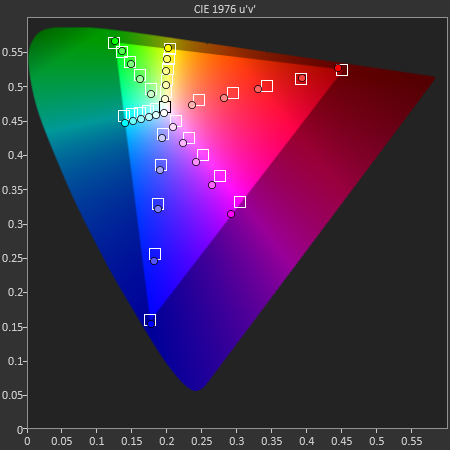 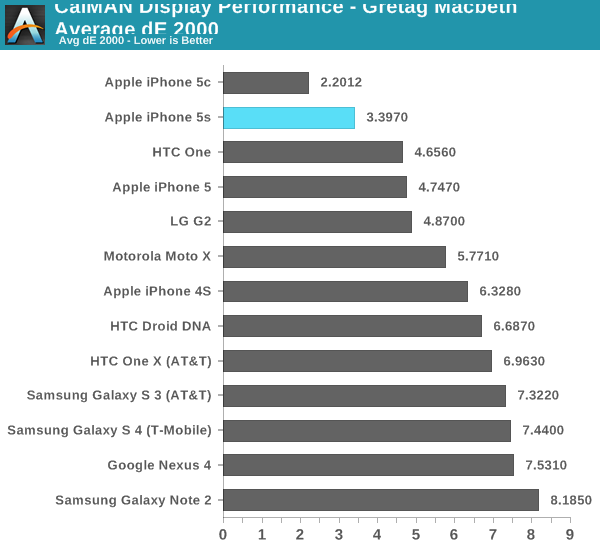 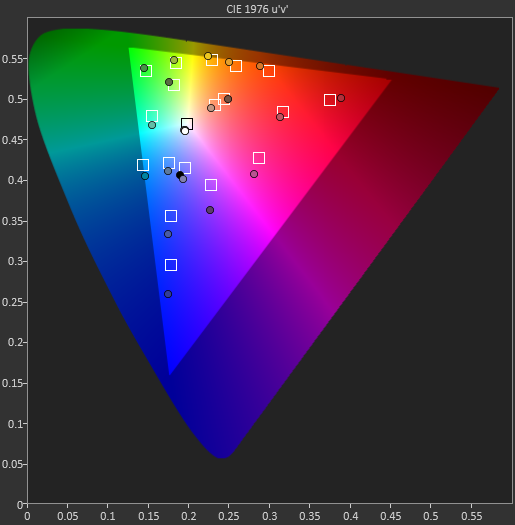 When early PCB shots of the 5s leaked, I remember Brian counting solder pads on the board to figure out if Apple moved to a new Qualcomm baseband solution. Unfortunately his count came out as being the same as the existing MDM9x15 based designs, which ended up what launched. It’s unclear whether or not MDM9x25 was ready in time in order to be integrated into the iPhone 5s design, or if there was some other reason that Apple chose against implementing it here. Regardless of the why, the result is effectively the same cellular capabilities as the iPhone 5.

Apple tells us that the wireless stack in the 5c and 5s is all new, but the lack of LTE-Advanced features like carrier aggregation and Category 4 150Mbps downlink make it likely that we’re looking at a MDM9x15 derivative at best. LTE-A support isn’t an issue at launch, however as Brian mentioned on our mobile show it’s going to quickly become a much needed feature for making efficient use of spectrum and delivering data in the most power efficient way.

The first part is relatively easy to understand. Carrier aggregation gives mobile network operators the ability of combining spectrum across non-contiguous frequency bands to service an area. The resulting increase in spectrum can be used to improve performance and/or support more customers on LTE in areas with limited present day LTE spectrum.

The second part, improving power efficiency, has to do with the same principles of race to sleep that we’ve talked about for years. The faster your network connection, the quicker your modem can transact data and fall back into a lower power sleep state.

The 5s’ omission of LTE-A likely doesn’t have immediate implications, but those who hold onto their devices for a long time will have to deal with the fact that they’re buying at the tail end of a transition to a new group of technologies.

In practice I didn’t notice substantial speed differences between the iPhone 5s, 5c and the original iPhone 5. My testing period was a bit too brief to adequately characterize the device but I didn’t have any complaints. The 5s retains the same antenna configuration as the iPhone 5, complete with receive diversity. As Brian discovered after the launch, the Verizon iPhone 5s doesn’t introduce another transmit chain - so simultaneous voice and LTE still aren’t possible on that device.

Apple is proud of its support for up to 13 LTE bands on some SKUs. Despite the increase in support for LTE bands there are a lot of iPhone 5s SKUs that will be shipped worldwide:

WiFi connectivity also remains unchanged on the iPhone 5s. Dual band (2.4/5GHz) 802.11n (up to 150Mbps) is the best you’ll get out of the 5s. We expected Apple to move to 802.11ac like some of the other flagship devices we’ve seen in the Android camp, but it looks like you’ll have to wait another year for that.

I don’t believe you’re missing out on a lack of 802.11ac support today, but over the life of the iPhone 5s I do expect greater deployment of 802.11ac networks (which can bring either performance or power benefits to a mobile platform). 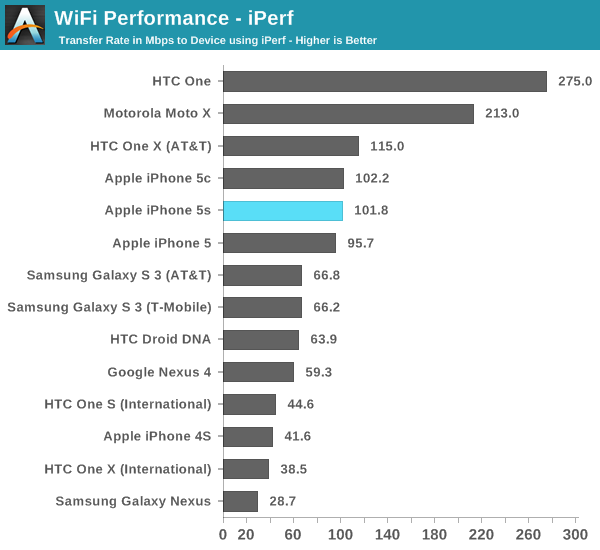 WiFi performance seems pretty comparable to the iPhone 5. The HTC One and Moto X pull ahead here as they both have 802.11ac support.